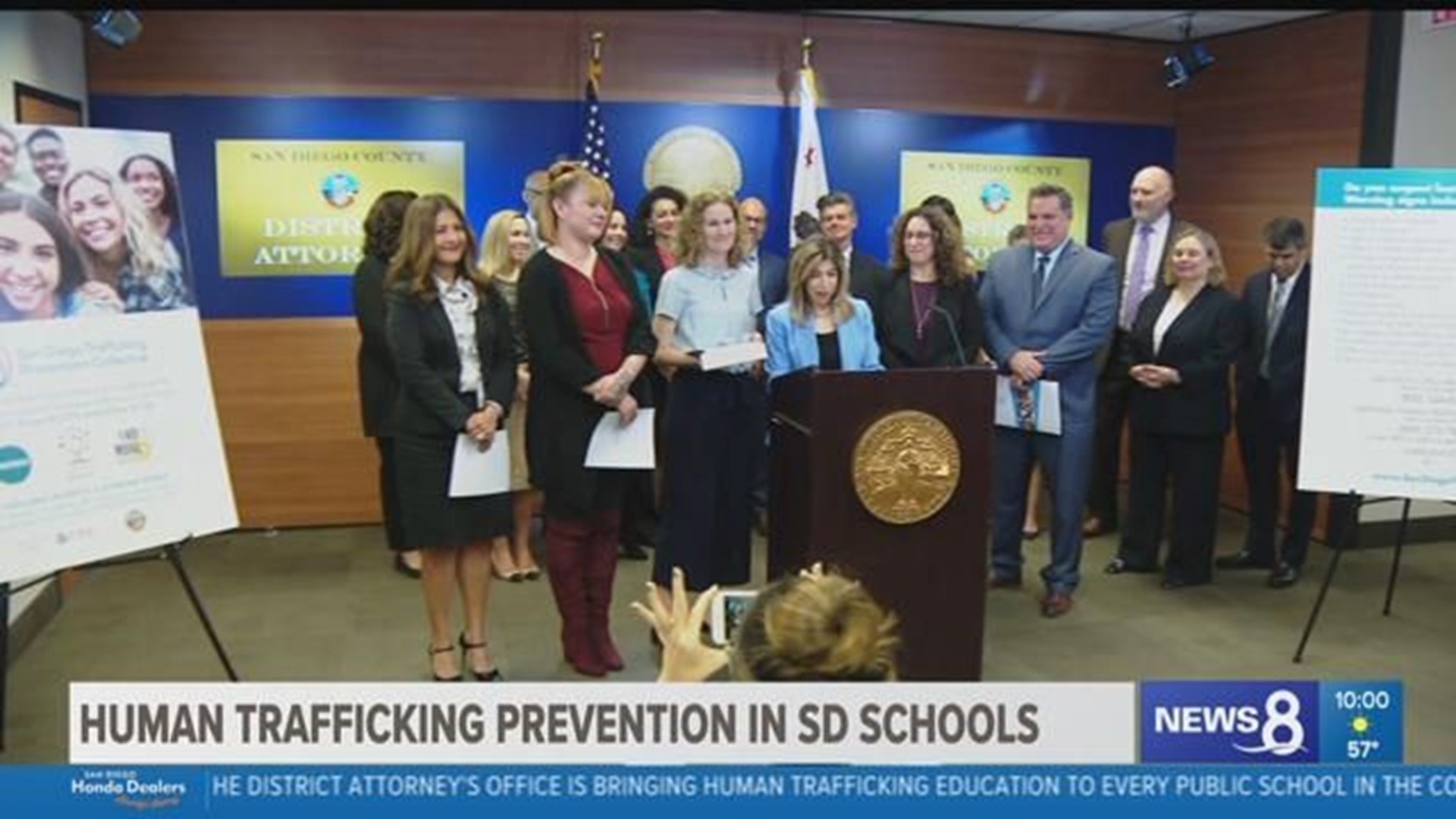 The announcement comes during national Human Trafficking Awareness Month and responds to FBI data showing that San Diego ranks as one of the 13 worst regions for human trafficking.

The Collective obtained a three-year grant to fund the training, helping school districts comply with a law passed in 2017 requiring schools to provide a human trafficking curriculum.

"Combatting human trafficking and protecting children from falling victim to this terrible form of modern-day slavery is one of my top public safety priorities," Stephan said. "Human trafficking is the second largest criminal industry in the world in which traffickers profit by preying on unsuspecting children, luring them right out of their schools and homes with deception and lies. This first-of-its-kind human trafficking prevention education collective will arm our kids with the knowledge and tools they need to protect themselves and to engage with trusted adults to help them remain free of abuse and exploitation."

The Collective is designed to empower students in elementary, middle and high school and teaches them about human trafficking in schools and neighborhoods, through a three-pronged approach: in-school prevention education, after-school intervention and interactive multimedia training.

The grant has been funded by the UBS Optimus Foundation, which identified San Diego as a region with opportunities to augment its approach to human trafficking prevention and education.

San Diego County ranks in the top three areas in the state for human trafficking, and research estimates an underground sex economy worth $10 million a year, officials said. Victims can be anyone ... women, men, children, U.S. citizens or foreign nationals.

However, in the area of sex trafficking, minors are particularly vulnerable targets. Social media is one way traffickers access and exploit children, officials said.