San Diego County has agreed to settle a pair of lawsuits filed by twin boys who were molested by their former foster father. 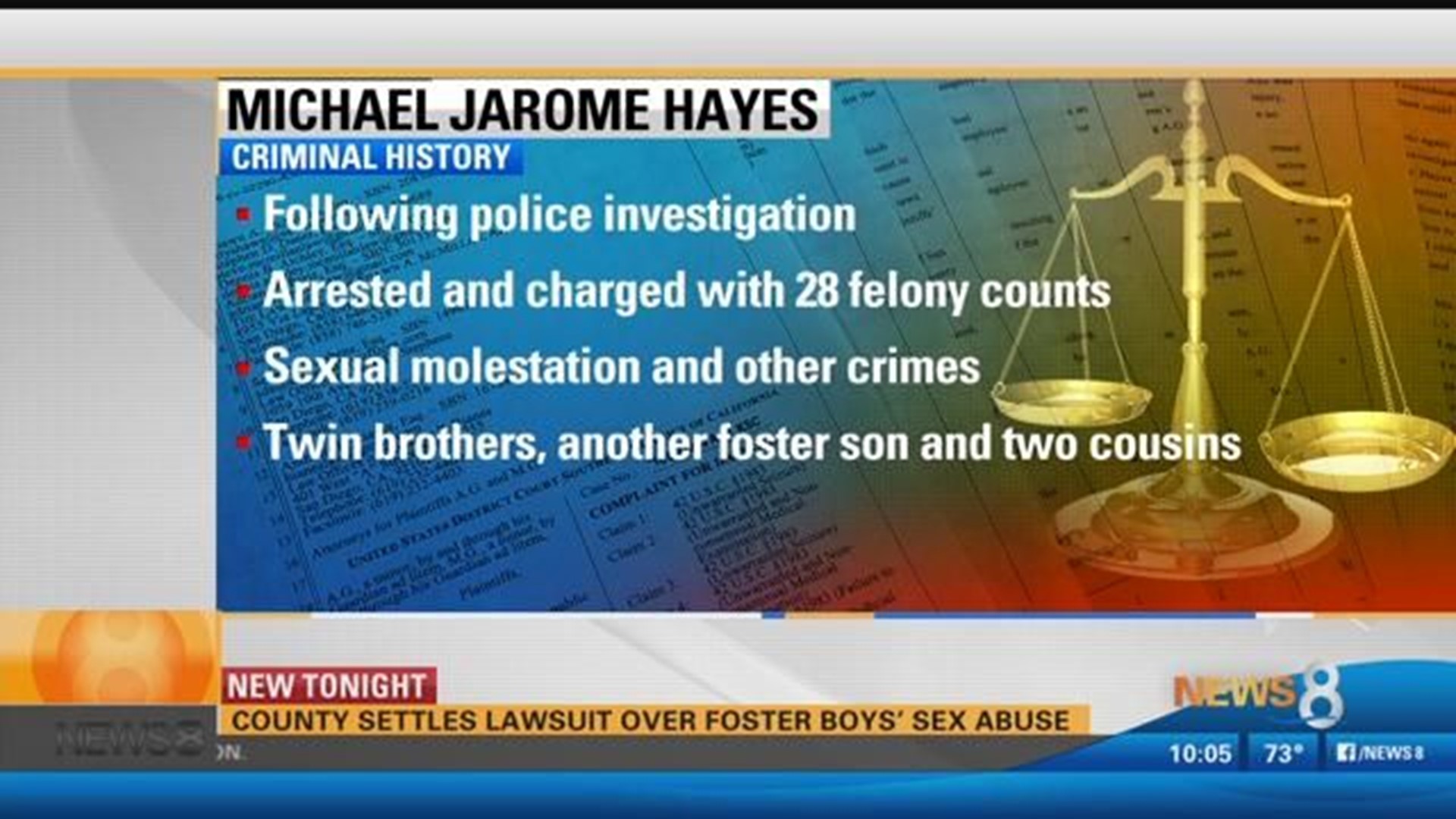 SAN DIEGO (NEWS 8) – San Diego County has agreed to settle a pair of lawsuits filed by twin boys who were molested by their former foster father.

The boys claimed social workers failed to protect them by either ignoring or failing to investigate more than a dozen reports of suspected abuse.

The attorney representing the twin brothers, who are now 18-years-old, told News 8 on Wednesday they are satisfied with the settlement – details of which have not been disclosed. The brothers also said they are hopeful that moving forward what happened to them does not happen to any other child in the foster care system.

“What we have to demand as a public is systematic change to make sure that this is not happening to other kids,” said former Assembly member Nathan Fletcher.

The allegations in the 2016 lawsuit against the County of San Diego are disturbing and filed by the twin brothers who had been placed in the foster care of Michael Jarome Hayes. Hayes housed the boys in his Lincoln Park apartment.

The lawsuit claims that as early as 2006, one of the boys, then only six-years-old, told his social worker that Hayes was abusing him. According to the suit, the social worker dismissed his request to be transferred to another foster home. Over the course of the next seven years, according to court filings, the county left the boys in Hayes’ care –despite a series of red flags: more than a dozen reports of suspected abuse from authorities, including a physiologist, an attorney and an educator.

According to the suit, those allegations were either ignored or not properly investigated.

Finally, following a police investigation, Hayes was arrested and charged with 28 felony counts of sexual molestation and other crimes against not only the twin brothers, but another foster son and two of Hayes’ own young cousins. In 2014, Hayes plead guilty to eight of those charges.

Fletcher, who is running for County Supervisor, has called for a grand jury investigation into the county’s foster care system and a review of all existing foster care files. “We have to make sure the other 200 kids in foster care have also not been failed, and nothing short of an independent investigation and an immediate review of all case files will accomplish that.”

Former district attorney Bonnie Dumanis, who is also running for County Supervisor, has said she is calling for an inquiry into the allegations against the county.

News 8 reached to the County of San Diego for comment on the settlement, but did not receive a reply for comment.

As for Michael Hayes, he is now serving a 20-year, eight month prison sentence for his crimes.

In full disclosure, KFMB-TV does have a partnership with Health and Human Services for the County of San Diego Adoptions.