On Tuesday, the San Diego County Board of Supervisors voted unanimously to develop a “community choice” energy program. 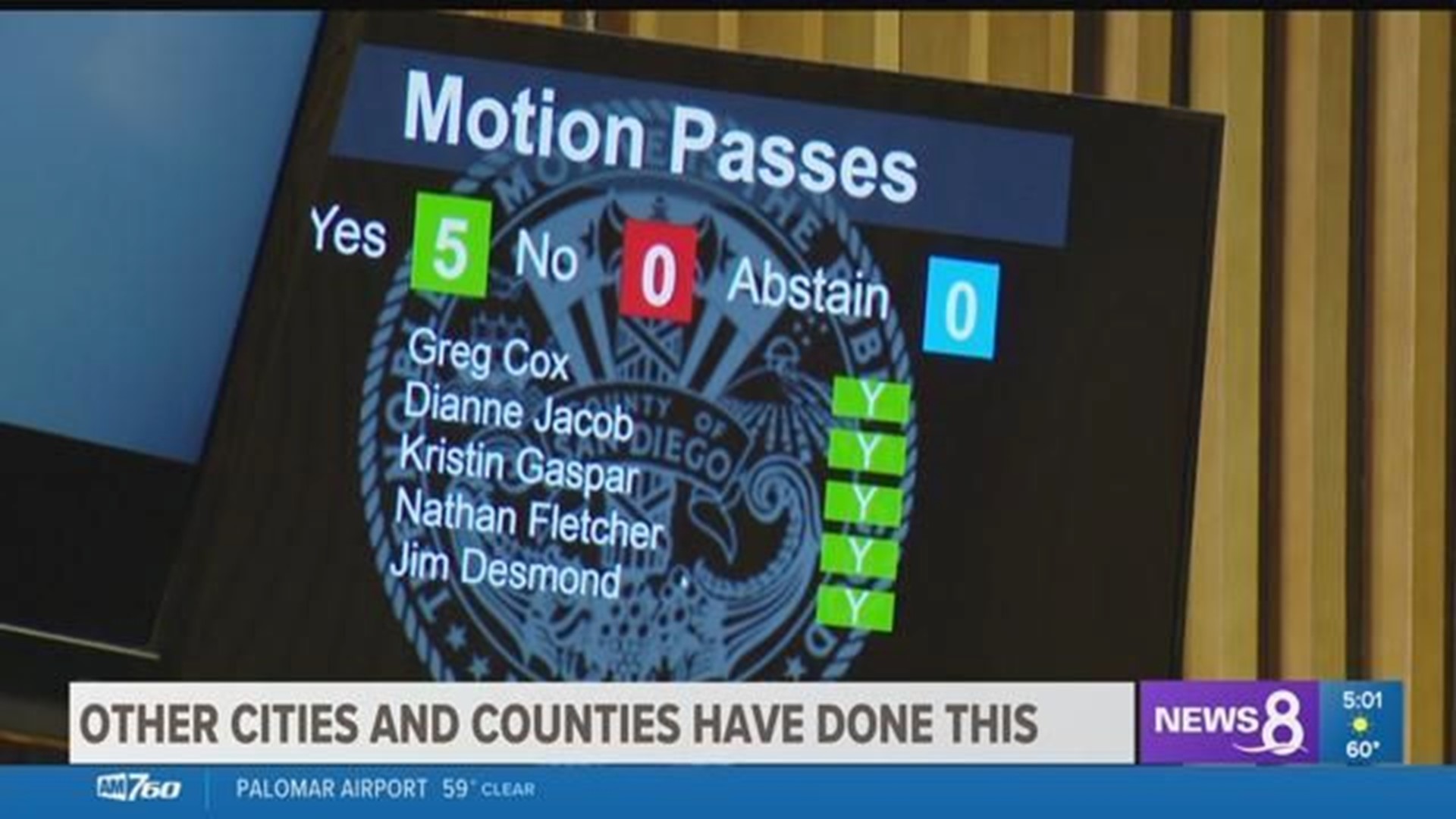 SAN DIEGO (NEWS 8) — The San Diego County Board of Supervisors voted unanimously Tuesday to develop a "community choice" energy program. They say this will lower costs for rate-payers and cut greenhouse gases. Supervisors additionally noted that the initiative will promote solar and other types of renewable energy.

The San Diego City Council also considered the program this week and voted 7-2 Monday to begin the process of establishing a public-sector energy provider – a concept long supported by environmentalists.

Community choice energy programs, known as CCEs, allow residents and businesses a choice of where to buy electricity. According to the county, there are 19 CCEs operating in California, serving more than 8 million residents.

SDG&E’s rates are known to be higher than other California utilities. They have said in the past that the rates are higher due to several reasons including the cost of putting wires underground and fire-prevention measures.

RELATED: Received your SDG&E bill yet? Brace yourself for a shock

The San Diego County Board of Supervisors will be briefed on the development of a choice plan over the coming months. The supervisors will formally vote on establishing a community choice energy program in October after they've reviewed options, progress reports, and pros and cons, and hear from experts.

Before voting, board members Jim Desmond and Kristin Gaspar raised numerous concerns, including whether a CCE would truly be cost-effective. Both said they want to see a complete business plan before making any final decision.

Gaspar said she has more questions than answers on community choice. She said she understands the desire for choice and cleaner energy but based on her studies, CCEs don't always show the best results when it comes to saving residents money. She added that there are other logistical issues, including whether consumers are responsible for utility improvements, even if they opt out of a community choice program.