San Diego couple on a natural high after weed wedding

A North County couple is still on a natural high after celebrating their wedding along the Central Coast. 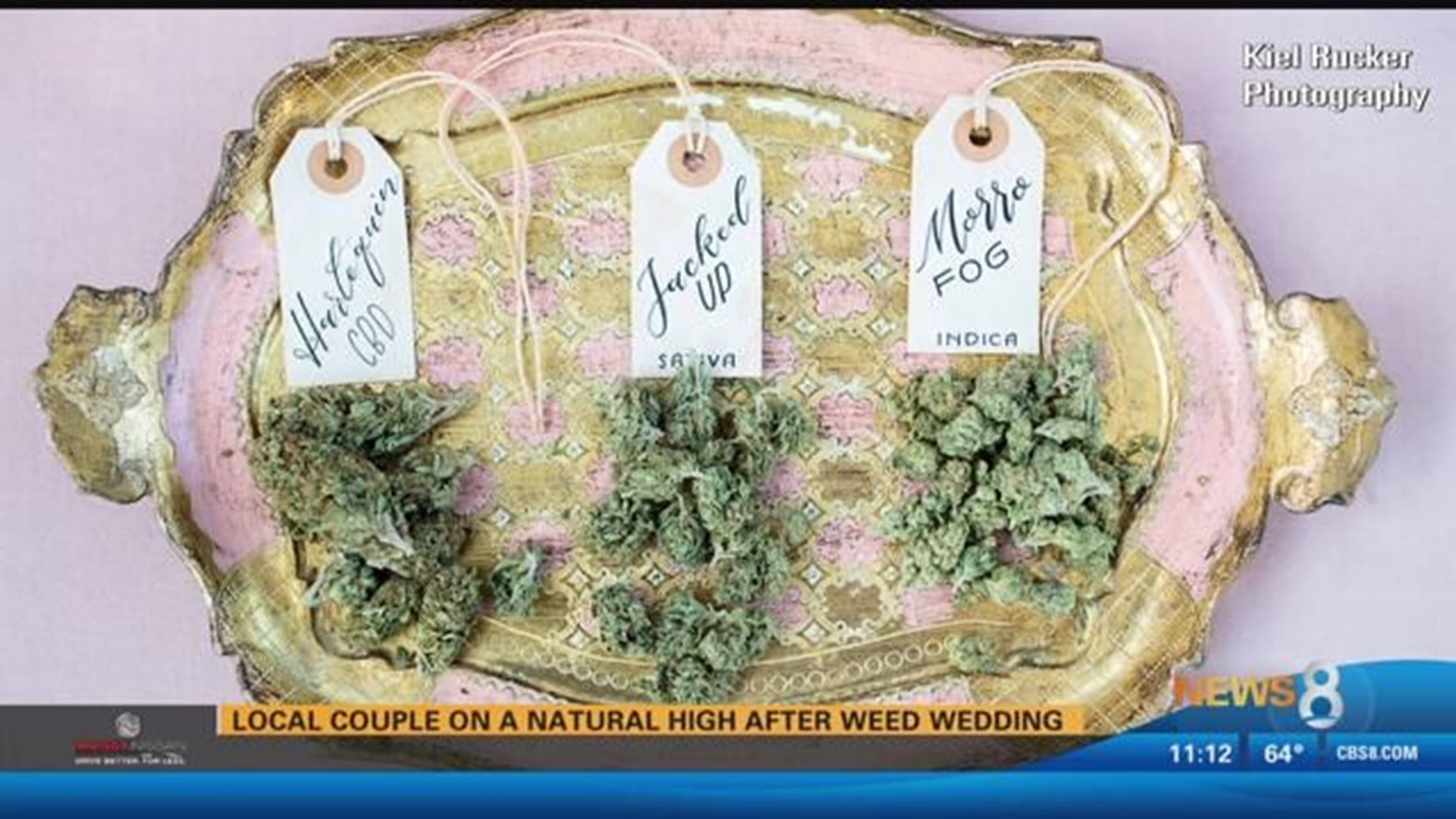 SAN DIEGO (NEWS 8) - A North County couple is still on a natural high after celebrating their wedding along the Central Coast.

The marriage ceremony was held on April 20 at 4:20 p.m. and the couple was surrounded by flowers.

Nikki and Alec Roach are settling into married life in Escondido after tying the knot last month in Harmony, California.

“Married life is awesome. I just feel like I'm on a natural high,” said Alec.

The small, central California venue was perfect for their weed wedding, otherwise known as a "weeding" in cannabis circles.

“Our wedding cake had 500 mg of THC in it. We cut the cake. We took a bite. It was awesome,” said Nikki. “We got to share it with parents, best friends, even the minister so it was awesome!”

“Everyone that was coming to the wedding had to take the provided transportation to and from the venue; and that was because we were consuming cannabis and alcohol and we wanted to make sure everyone was safe,” said Nikki.

The Roaches – yes that is the couple’s real last name – organized their wedding with the help of a cannabis florist.

Leslie Monroy is the CEO of Flowers on Flowers, a nonprofit cannabis florist that donates 60 percent of its proceeds to charity.

“It's just another flower to me. All flowers deserve a moment to shine and that's pretty much what I'm doing in my bouquets,” said Monroy.

“Even at a wedding, I fill a whole bridal bouquet with (cannabis) and some people still don't even notice there's cannabis in it,” she said.

For now, pot-smoking lovebirds still have to travel north to get married because you can't get a permit for a cannabis wedding anywhere in San Diego County.

“It's a bummer we can't do it here (in San Diego) but it was definitely a unique experience. Everyone raved it was the coolest wedding ever,” said Nikki.

The happy couple runs a bud and breakfast at their home above Lake Hodges. Now, they're looking forward to a laid-back honeymoon.

“We actually are going to Amsterdam for our honeymoon,” said Nikki.

“So it is in the theme, definitely,” said Alec.

The newlyweds won their all-expenses-paid weed wedding in a contest, which included a photo package by Kiel Rucker Photography and video services by Patrick Ang Photography.

Monroy tells us her cannabis and floral wedding packages start at $1,500 but the sky's the limit on the price of a weeding.