SAN DIEGO (NEWS 8) — If you have been in any one of San Diego County’s courthouses, you may have seen dogs roaming the hallways. They are part of a special program designed to help some of the most... 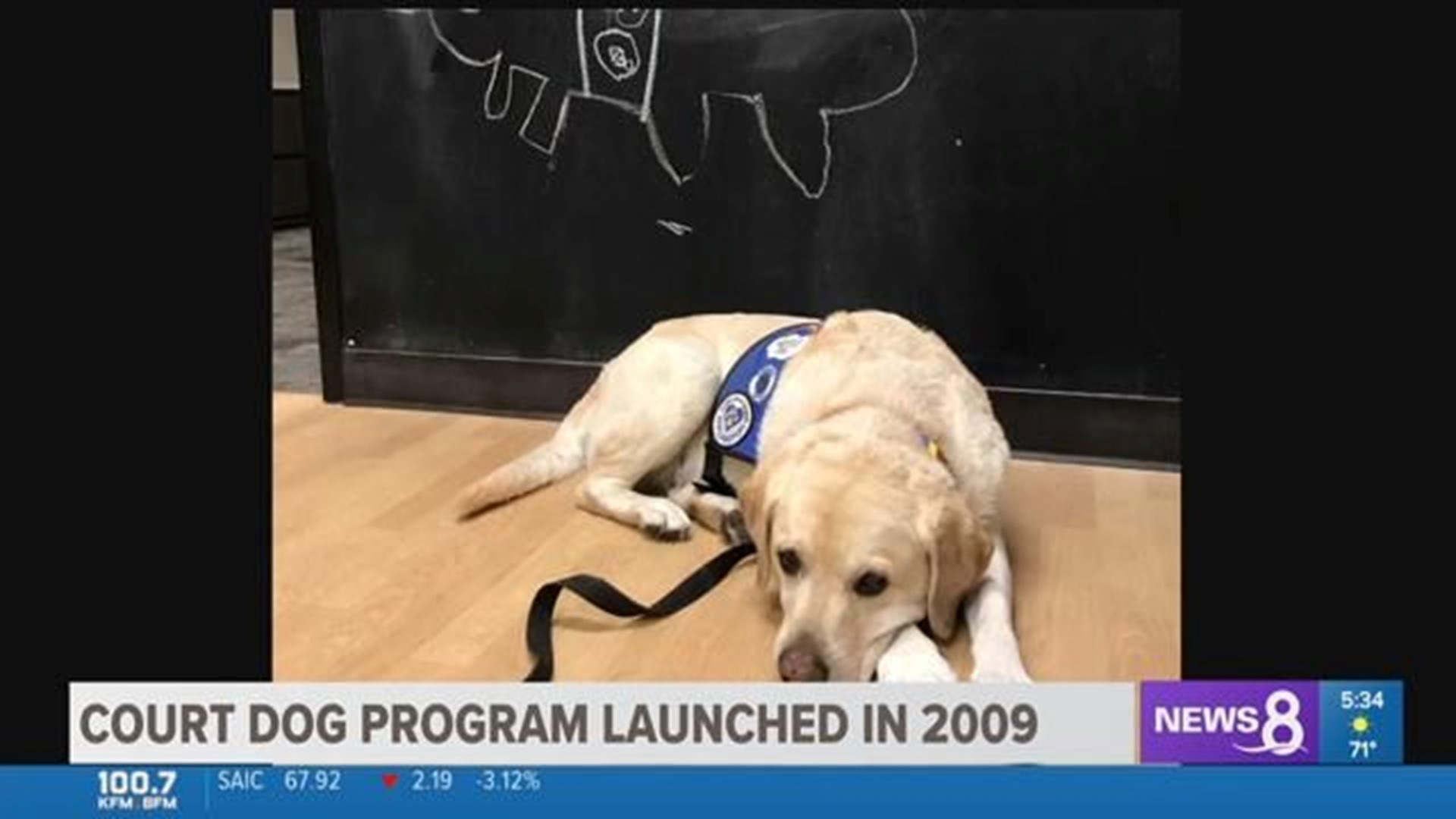 SAN DIEGO (NEWS 8) — If you have been in any one of San Diego County’s courthouses, you may have seen dogs roaming the hallways. They are part of a special program designed to help some of the most vulnerable victims.

You don't see them inside every courtroom, but often - hidden from the jury or the judge - is a dog sitting at the victim's feet. Officials with the DA's office say in many cases, they make all the difference in the world.

"We're just anonymous,” said Janet Kinnon. “We're like angels. We come in, we volunteer and we go again.”

"When I put his jacket on and he knows he's going to work, he perks up,” said Janet.

The English lab is a familiar face inside San Diego courtrooms where he's helped dozens of crime victims over the past three years.

"I think if I was in that child’s situation or the victim’s situation, and something bad happened to me, then I would want a dog to give me the courage to have my voice heard and to seek closure and to get justice to close that chapter,” said Janet.

Janet is also Wellington's court handler – roles they trained an entire year for.

"Anything that I can do as part of this program to make it easier for them - that makes me very proud,” said Janet.

Launched in 2009, the court dog program is made up of 10 teams of dogs and handlers – all of whom volunteer their time to be with victims when they testify.

Some of those victims are seniors, but the majority are children; some as young as four years old.

"These children have endured the worst time of their life - through abuse – be it physical or sexual abuse - and the court dogs help relieve the actual physical anxiety that they feel coming into a courtroom,” said Ramona

McCarthy of the San Diego District Attorney’s Office, which was one of the first in the nation to use therapy dogs in this way.

Hidden from plain sight, the dogs sit underneath the witness stand where victims can pet them or, at the very least, feel their presence.

“They feel much more relaxed and much more empowered to face their abuser and talk about what's happened,” said Ramona.

But the interaction goes far beyond the courtroom; since most cases take time the dogs are there every step of the way.

"We follow the same victim through the process so they meet with the DA and we come so they can meet Wellington and we always try to keep the same dog with the victim,” said Janet.

Doing so creates a special bond - a form of trust.

“They build lots of rapport by having victims feed Wellington, play with Wellington,” said Ramona.

“Saying ‘without you, we couldn't have done it,’” she said.

Looking ahead, the DA's office hopes the program will continue to grow, encouraging others to volunteer.

More than anything, they hope to serve as a role model.

"I hope other counties pick up the program as well,” said Ramona.