A one-day strike is scheduled to take place at fast-food restaurants across the nation Thursday, including in San Diego, as workers press for pay of at least $15 an hour and the right to unionize. 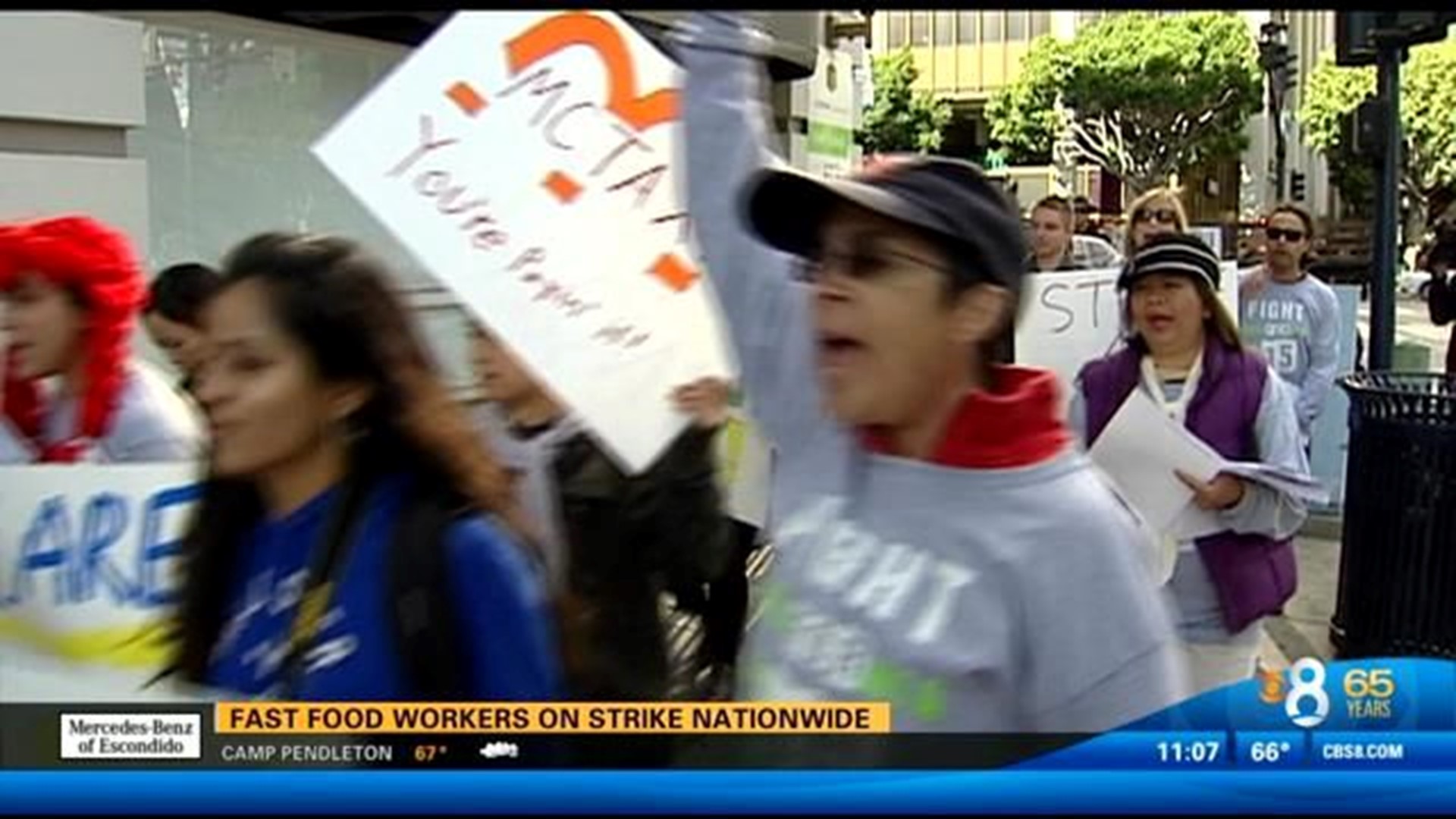 SAN DIEGO (CNS) - Fast-food restaurant employees marched through downtown San Diego Thursday, in one of a nationwide series of job actions aimed at raising their pay to $15 an hour and gaining the right to unionize.

Organizers, including the Service Employees International Union, said job actions were scheduled in about 160 cities today. Activists argue that fast-food workers earn an average of $9 an hour and struggle to make ends meet.

The Center on Policy Initiatives said "rolling strikes" took place at fast-food eateries around San Diego, beginning with a McDonald's in City Heights.

Employees in low-wage jobs and labor unions have been pushing for a minimum hourly wage of $15, which has been adopted in San Francisco and Seattle. The state of California's lowest pay rate was $8 an hour until July, when it increased by $1.

The San Diego City Council passed a three-step increase in the minimum wage to $11.50, but it was suspended after business interests obtained enough petition signatures to force the issue to a public vote. The wage hike is likely to go on the ballot in about 18 months.

The International Franchise Association released a statement accusing the SEIU of a "politically motivated agenda" being implemented "under the guise of trying to help the poor."

"These protests are just another clear example of unions attempting to generate headlines and grow union membership, which has been declining in the private sector for decades," said Steve Caldeira, president and CEO of the IFA, which represents fast-food restaurants, many of which are franchised.

He said the unions want to redefine the corporate-franchisee relationship, which has been unchanged for 30 years.

"What the unions don't seem to understand, or want to accept, is that the brand company has absolutely nothing to do with setting wages, and these protests are really harming the very same workers the labor unions are claiming to help," Caldeira said.