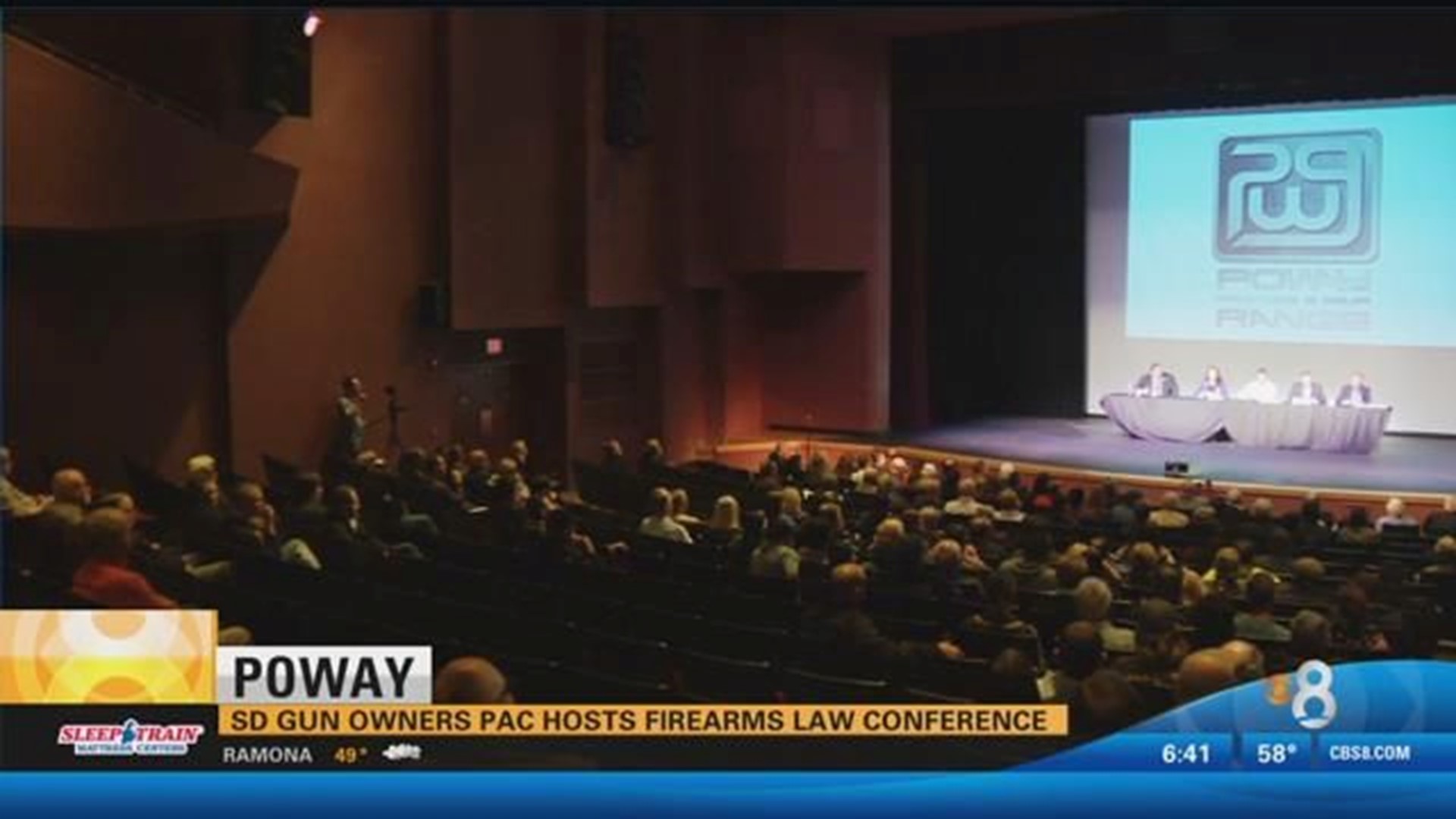 The San Diego chapter of the Brady Campaign to Prevent Gun Violence sent CBS News 8 a statement about the conference:

We respect the 2nd amendment, we respect the Constitution in general and we are seeking to find a reasonable balance between rights and responsibilities.