Dozens of cyclists went on a joy ride through Balboa Park Thursday night as part of the annual Joy Ride event that celebrates improvements done through the year for better biking. 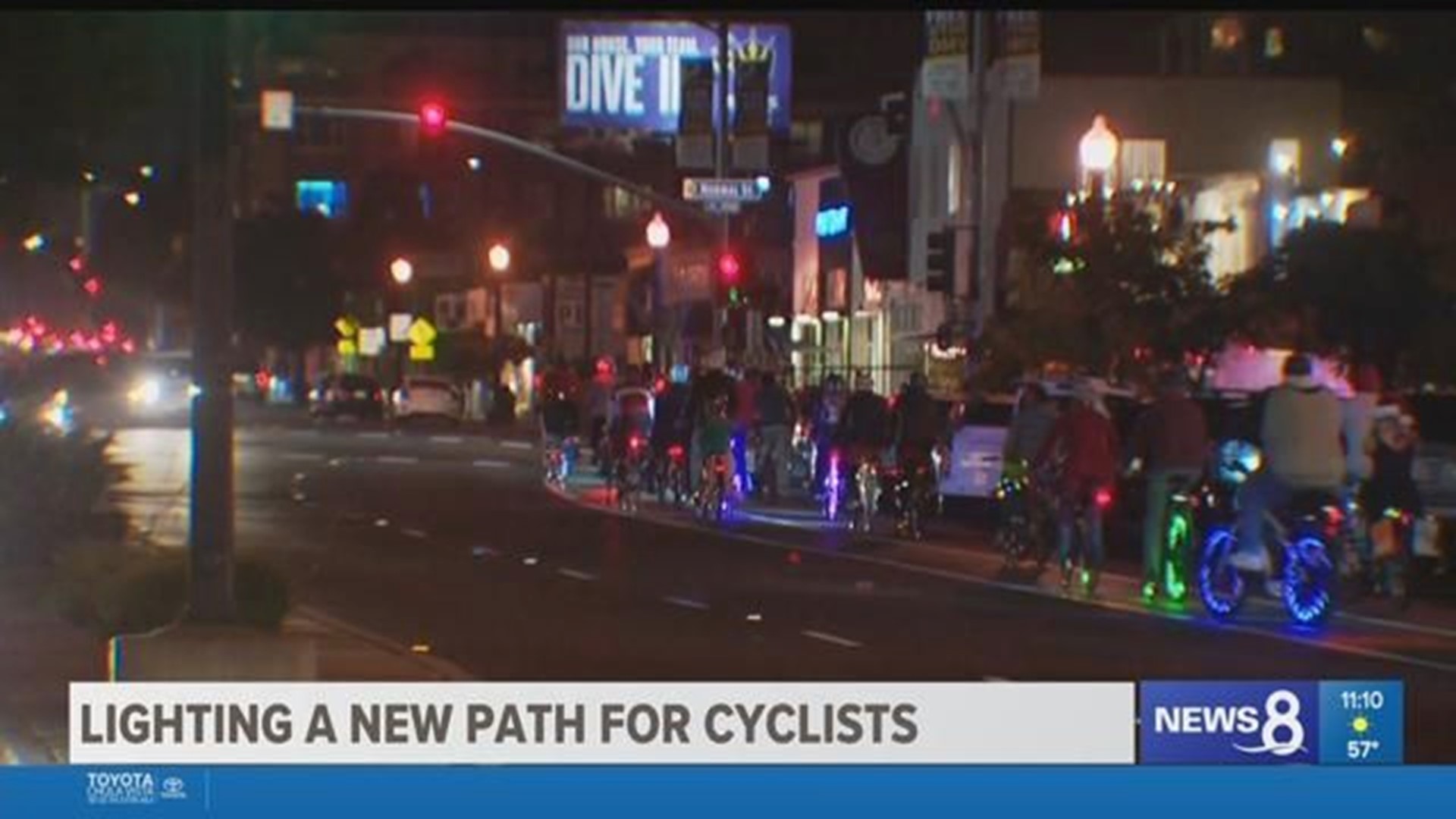 BALBOA PARK (NEWS 8) – Dozens of cyclists went on a joy ride through Balboa Park Thursday night as part of the annual Joy Ride event that celebrates improvements done through the year for better biking.

Andy Hanshaw is the San Diego County Bicycle Coalition executive director. He said the ride, now in its eighth year, “brings a fun awareness around the holidays.”

The ride, which goes through Balboa Park, Hillcrest and Uptown, is a reflection on the city efforts and improvements that make it safer for cyclists to share the road with drivers.

The city has invested millions of dollars for various projects such as the Bayshore bikeway Barrio Logan segment and the regional bike plan.

“The bike lane network downtown is really a priority for the city. It’s time to move forward and time to implement and get those bike ways built so more people will start riding. What we are really talking about here is making it feel safe and connected for everybody to ride, and we are talking about anyone who wants to ride” said Hanshaw.

The Joy Ride ended with the Golden Gear Awards. The San Diego Mountain Biking Association named its advocate of the year. Imperial Beach, which was first to get dockless bikes in the county, earned Public Partner of the Year. Also, council president Georgette Gomez was named elected official of the year.