San Diego leaders call for a community of peace

Elected officials, peace officers and faith leaders from throughout the San Diego area gathered at Balboa Park Monday to reaffirm their support for the law enforcement professionals 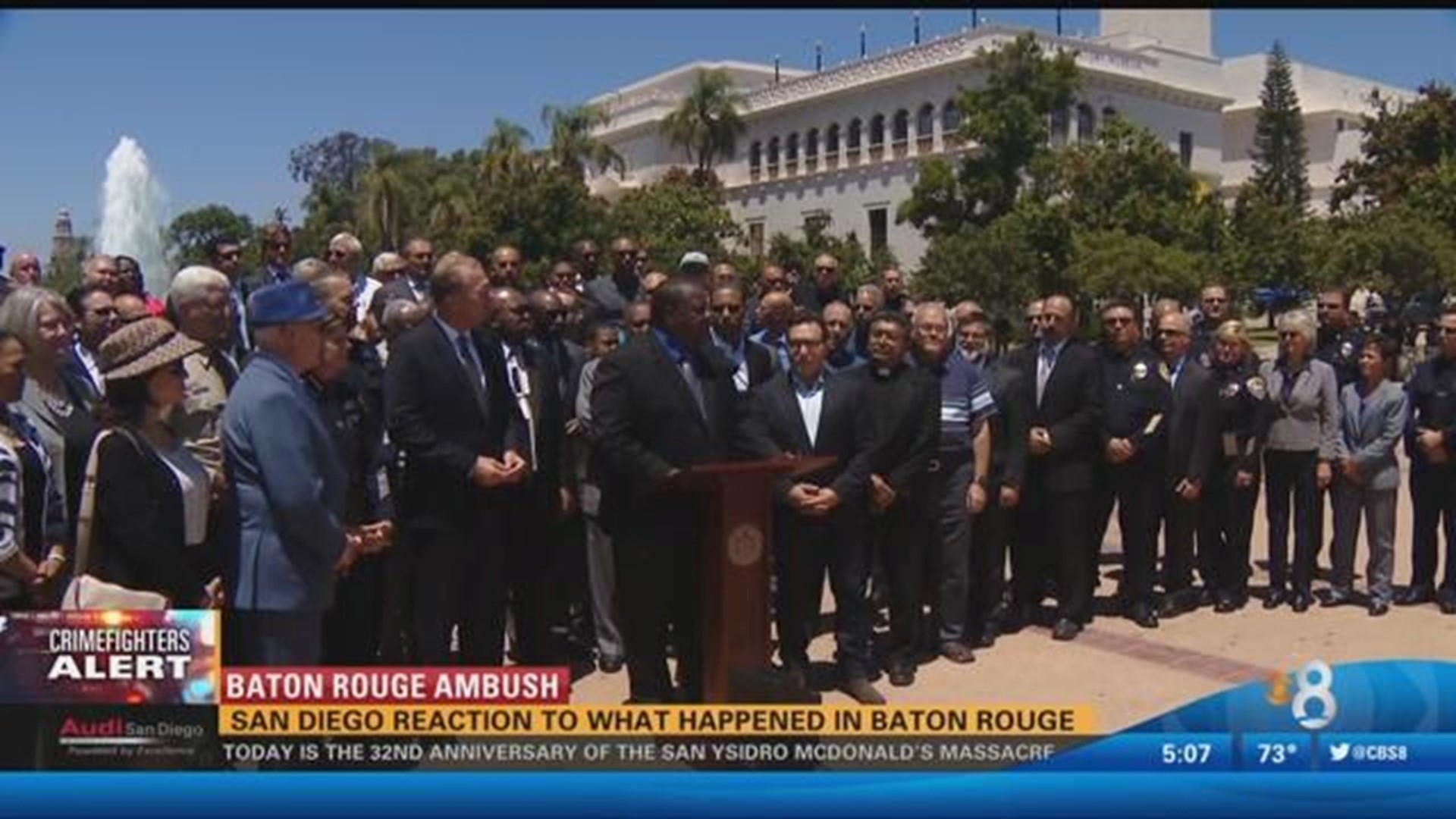 SAN DIEGO (CNS) - Elected officials, peace officers and faith leaders from throughout the San Diego area gathered at Balboa Park Monday to reaffirm their support for the law enforcement professionals who strive daily to keep the public safe.

The communal call for unity came a day after a man with ties to San Diego fatally shot three officers and wounded three others in Baton Rouge, Louisiana.

"There is no doubt that our nation is hurting," San Diego Mayor Kevin Faulconer told the crowd. "The recent string of unjustifiable deaths cuts all of us deeply. From Dallas to Baton Rouge and (other cities), this loss of innocent lives has left all of us raw."

The chief said she and her colleagues "know our communities need us."

Bishop Cornelius Bowser, who is known for hosting vigils for local victims of violent crime, declined to attend today's rally, saying Faulconer had overlooked vigils, marches and other demonstrations held in response to violence in the city.

"I stand with law enforcement every day, working with them to support victims of violence and their families," Bowser said. "However, I will not let Mayor Faulconer use me as a pawn for his political agenda during this time of tragedy."

In the wake of the latest attack on peace officers, members of the local law enforcement community took to social media to express condolences. In a prepared statement, the Chula Vista Police Department announced that its sworn personnel would wear black mourning bands and that its flags would be flown at half staff "to honor those peace officers who paid with their lives."

"Sadly, our society of freedom and liberty do not come without a cost," CVPD officials stated. "We grieve with our fellow peace officers across the nation after another fatal attack in Louisiana."

Baton Rouge shooter Gavin Long, who was killed in an exchange of gunfire with police, listed a San Diego address with a 92108 ZIP code on a marriage license application filed in 2009 in Jackson County, Missouri.

Long's duty with the Marine Corps included a deployment to Iraq in 2008.