A previous attempt to ban single-use plastic bags in stores throughout the city of San Diego is gaining new life. 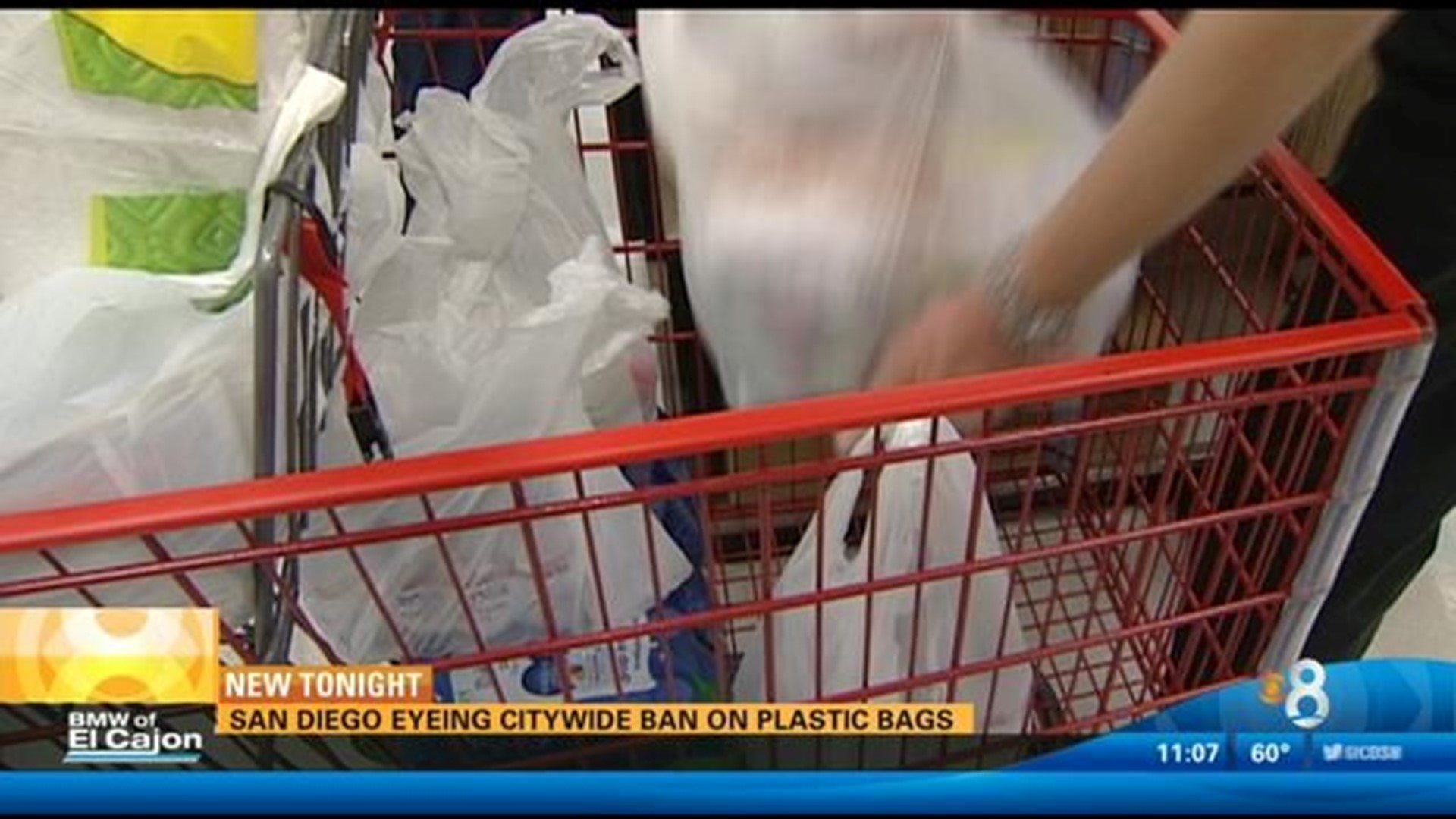 
Mayor Kevin Faulconer has also directed city staff to move forward with an environmental review of the ordinance, which is necessary to bring the measure to a council vote.


An attempt to overturn the law will appear on the November 2016 ballot, Secretary of  State Alex Padilla announced Tuesday.


Opponents of SB 270 needed to obtain 504,760 valid signatures from  registered votes to qualify the referendum for the ballot.


Provisions of SB 270 are suspended until after votes are cast in the  November 2016 election.


"SB 270 was never a bill about the environment. It was a backroom deal  between the California Grocers Association and their union friends to scam  consumers out of billions of dollars in bag fees, all under the guise of  environmentalism, said Lee Califf, the executive director of the American  Progressive Bag Alliance, which organized the signature-gathering drive.


"California voters will now have a chance to vote down a terrible law  that if implemented, would kill 2,000 local manufacturing jobs and funnel  obscene profits to big grocers without any money going to a public purpose or  environmental initiative."


Linda Escalante, policy advocate for the Natural Resources Defense  Council called the referendum "nothing more than a greedy attempt by out-of- state plastic bag makers to mislead California's voters for their own gain.


SB 270, signed into law by Gov. Jerry Brown on Sept. 30, would ban  grocery stores and pharmacies from making single-use plastic bags available.  The law would also provide up to $2 million in competitive loans to businesses  transitioning to manufacturing reusable bags.