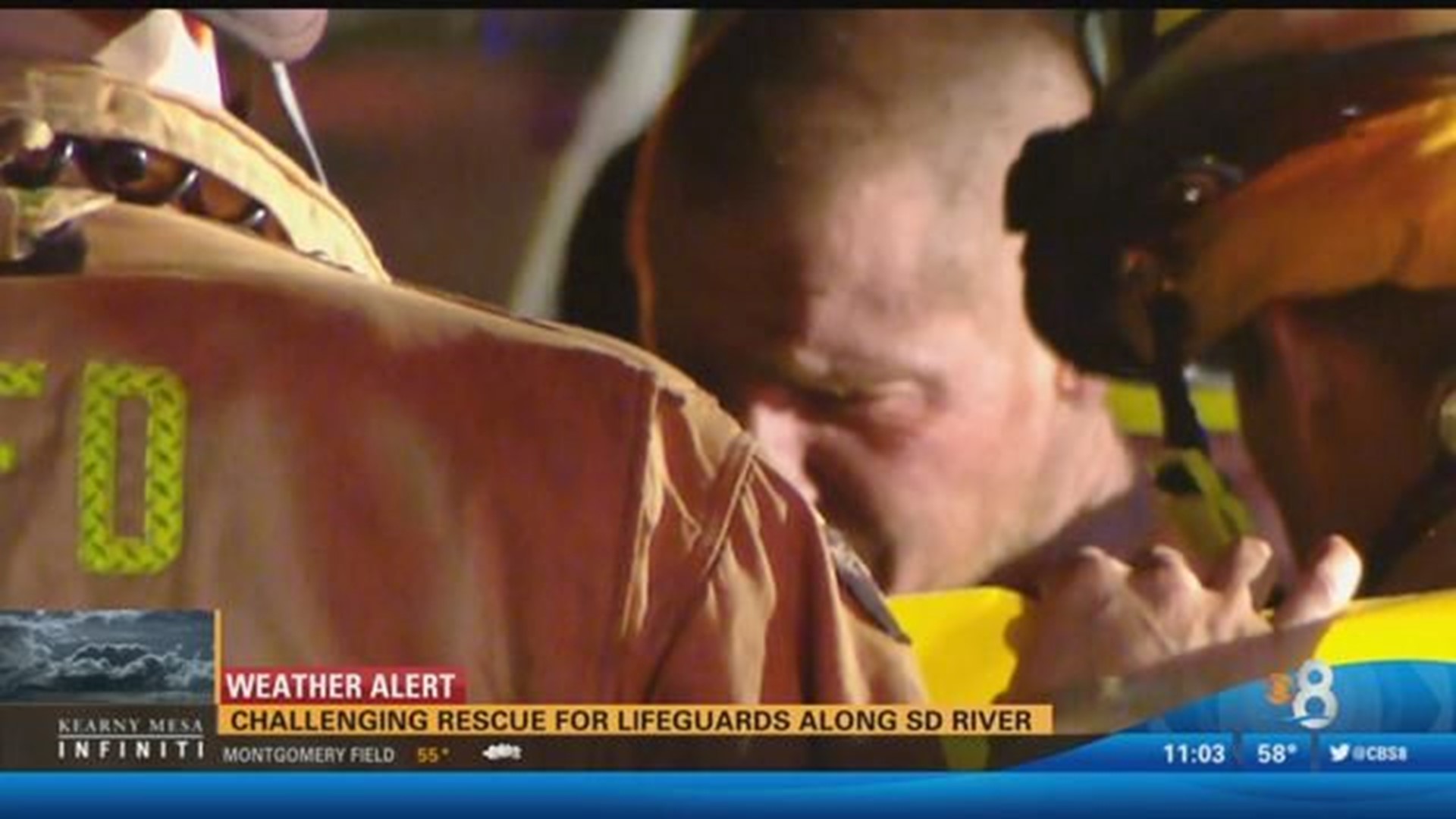 San Diego Fire-Rescue received the call at around 7 pm. San Diego Lifeguards and a helicopter were dispatched to the men who were trapped in the San Diego River close to the Dave and Busters at I-805 and I-8.

"The area where they were living was overcome by water. It was about waist to chest deep water and they were hypothermic," said San Diego Lifeguard Swift River Team Technician Chuck Davey. "We told them pain lasts a few minutes, victory lasts a lifetime. Stay with it."

Once the lifeguards made their way through deep mud and debris, rescuers called off the helicopter hovering above because it was too small of an area to safely hoist the men. Instead, lifeguards proceeded to carry out a swift water rescue.

"We were hitting logs and debris and current. At one, point we got swept in the current down with them and we got spun around and we were disoriented on where we were because the canopy was over our head," said Davey. "There were four to five times where they had rolled off the board, into the water and submerged. So we rescued them four or five times on the way in.”

After the rescue, both men, ages 42 and 52, were transported to local hospitals with symptoms of hypothermia.

For Chuck Davey, he says in the 25 years he has been with the Swift Water Rescue Team, Tuesday's rescue was one of the most difficult he has experienced.

“The exhaustion at my age was pretty overwhelming and we fought through it. It was a tough rescue. I have to say that's one to put in for the books," said Davey.