Defendant 20-year-old Pierce Tostado entered a not guilty plea to charges of attempted murder and assault with a deadly weapon. 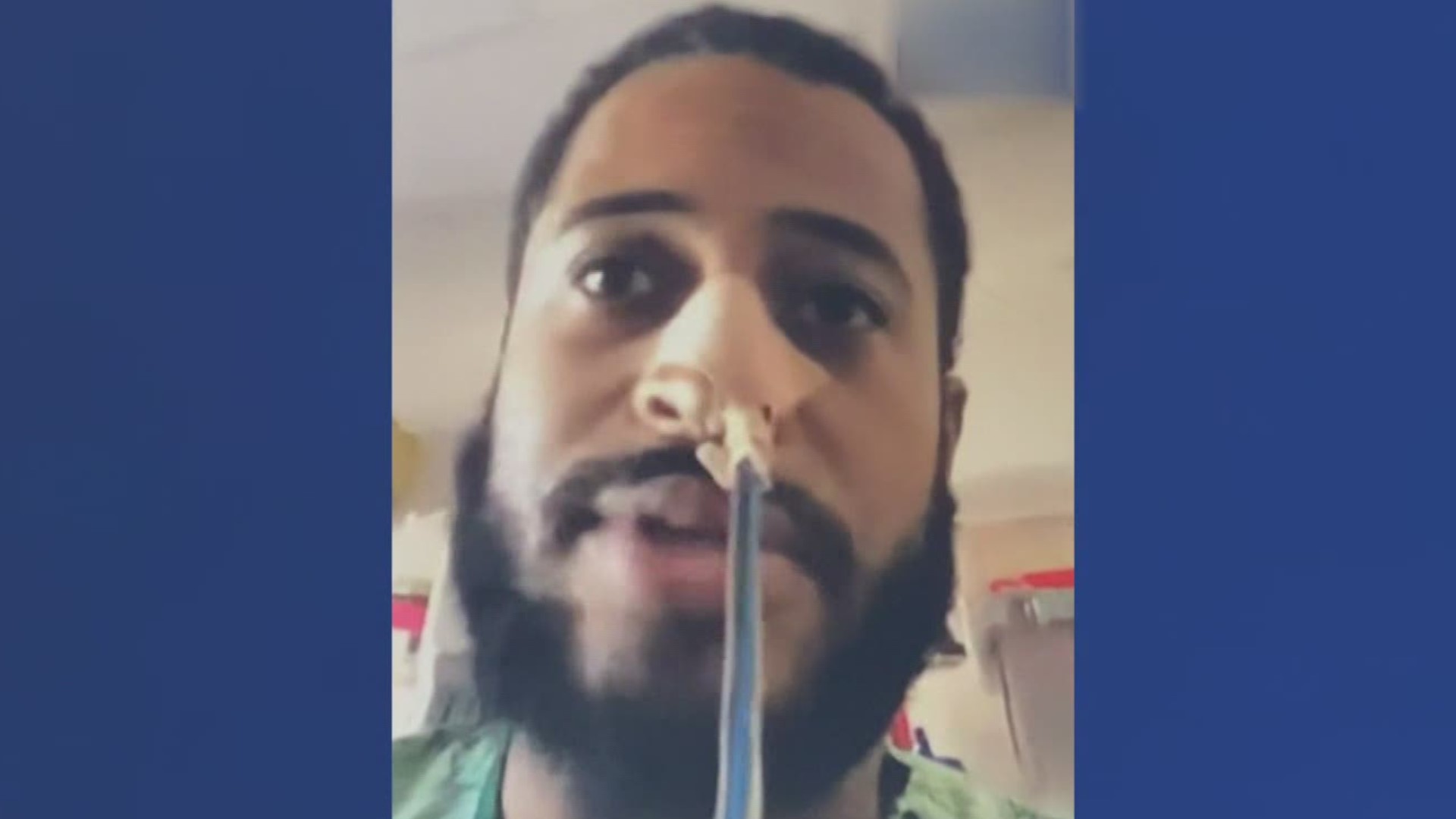 SAN DIEGO — The man accused in a vicious downtown stabbing appeared in court for the first time Wednesday. Pierce Tostado, 20, entered a not guilty plea to charges of Attempted Murder and Assault with a Deadly Weapon.

The victim, 29-year-old Jordan Hardgrow, remains in the hospital as of Wednesday recovering from his injuries. He was stabbed more than 20 times and suffered injuries to his heart, lungs and abdomen.

During Tostado's arraignment, prosecutors revealed new details in the case.

Deputy District Attorney Hailey WIlliams told the judge the defendant followed the victim that night, verbally harassing him. At 11th Avenue and E Street, the victim turned to face the defendant and asked him if he wanted to fight.

Williams said the two men got into a fist fight and Tostado pulled out a knife.

Hardgrow was rushed to the hospital in critical condition.

"During the course of his emergency services, the hospital went through 10 units of blood and his heart stopped for 10 minutes," she added.

News 8 spoke to Hardgrow Wednesday from his hospital bed.

"I’m just blessed. I had a really good trauma team that knew exactly what they were doing and they knew how to react," he said. "It’s been a true journey for me. The journey's not over. [I've] still got a lot of healing to do. Like I said, the support system has been everything."

Hardgrow's family flew to San Diego from Ohio January 17. They had reported him missing before discovering he was in the intensive care unit at the hospital. His parents have been by his side ever since.

Hardgrow said the support he's received from the community has been overwhelming. A GoFundMe page has raised more than $31,000.

"Just looking at half of those messages, I can’t get through it without crying," he said.

Hardgrow said he doesn't remember the night of the incident and describes it as a "big blur."

"I know I’m not a violent person. Any altercation that came on is definitely devastating for all parties involved," he said.

He said he doesn't know the defendant, and had never met him before.

"I think at the end of the day, I would rather turn my energy toward healing, toward getting better, [rather] than putting my energy toward something that is negative that put me in this position in the first place," he said.

"Whatever’s going on, it is so much easier to walk away," he added. "Again I don’t know how my situation was, but if I could give any advice, nothing is more important than your life."

Meanwhile the defendant's attorney told the judge his client has no criminal history,

"Prior to this incident, he was working 36 to 45 hours a week doing high and handyman work with his father," said Tostado's defense attorney.

Prosecutors asked bail be set at $500,000, but the judge chose to set it at $1 million. Tostado is due back in court in March.

News 8 asked Hardgrow what he would say to the defendant if he could.

"I would probably say something positive like 'Look, clearly things are the way they are. I’m going to continue to be the person I was meant to be. I hope that whatever process you have to go through that it helps you become a better person," said Hardgrow.