A special honor Friday for a San Diego Marine who was in the right place at the right time to save a life. 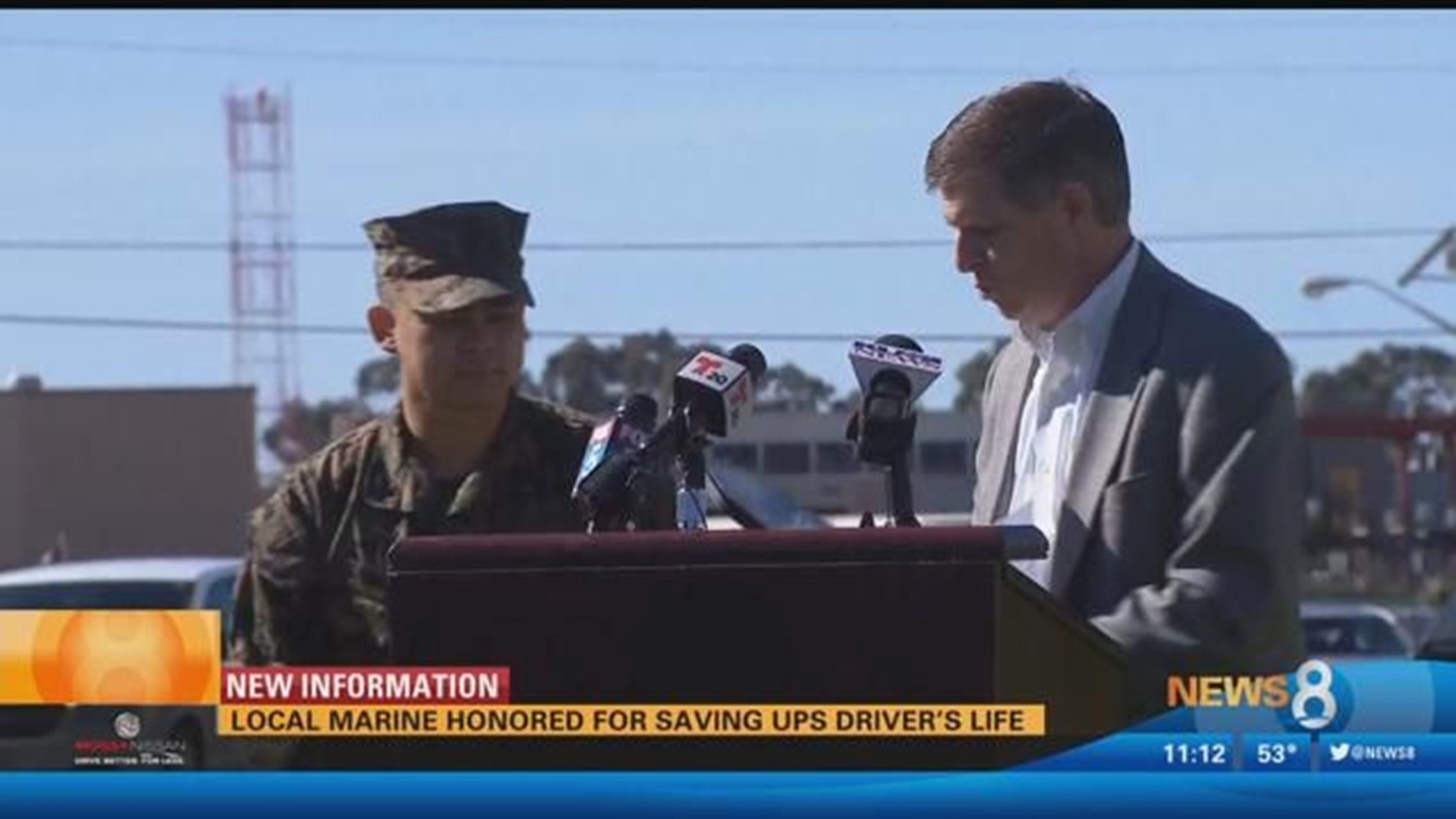 SAN DIEGO (NEWS 8) – A special honor Friday for a San Diego Marine who was in the right place at the right time to save a life.

Staff Sergeant Hai Vuong Rushed into action when two semi-trucks collided on a San Bernardino freeway last November – pulling one of the drivers to safety.

Staff Sgt. Vuong was honored with the Liberty Mutual Insurance Lifesaver award for his heroic actions. “I just happened to be there at the right time and the right place,” he said.

Staff Sgt. Vuong was driving on Interstate-15 in San Bernardino with his family when the two semi-trucks collided. He was able to safely pull over and rescue one of the drivers.

Vuong said he could smell fuel leaking into the cab and feared it could explode. The driver had a gash on his head was bleeding.

The man Vuong helped save is a UPS driver. The driver was not in attendance at the award ceremony, but told Vuong he is grateful.

Staff Sgt. Vuong said he was just upholding his Marine pledge of honor, courage and commitment.

“I don’t even associate myself with a hero. It’s part of my job, part of what I do. I would help anybody,” he said.