A retired New York fire lieutenant told a San Diego audience during a 9/11 observance Wednesday that he was twice buried by rubble when the World Trade Center towers collapsed, and was prematurely d 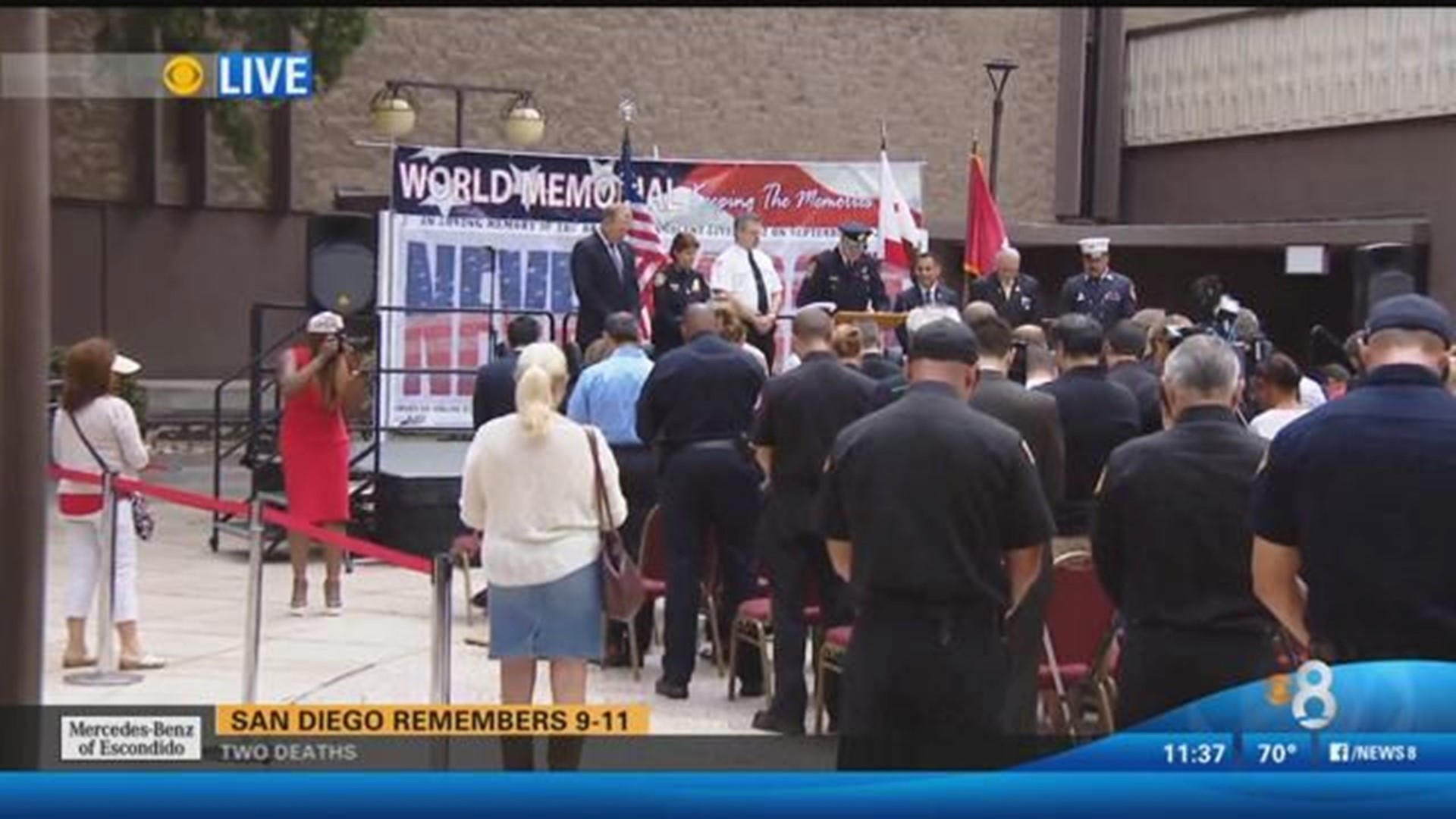 SAN DIEGO (CNS) - A retired New York fire lieutenant told a San Diego audience during a 9/11 observance Wednesday that he was twice buried by rubble when the World Trade Center towers collapsed, and was prematurely declared dead.

Joe Torrillo, who now tours as a speaker about the day that "rearranged the lives" of Americans, said he was on his way to a news conference to introduce a firefighter toy when the first plane struck the Twin Towers. He said he turned around and went back to his firehouse before heading to the scene.

Torrillo, who spoke at a tribute to first responders four days before the 15th anniversary of the attacks, said he was running past the south tower to get to the stricken north tower when he heard a roar.

"I looked up and United Airlines Flight 175 came right over my head -- I was the only one underneath that second jet -- and at that point I realized we were under a terrorist attack," Torrillo said. "The first two things I said to everybody at the scene: I said everybody at the top of those buildings are going to die, and I said those buildings are going to collapse."

He said he based his conclusions on his experience as a structural engineer before he became a firefighter. He said he was able to evacuate some ambulance crews before the first tower collapsed, and then he ran, too.

The change in air pressure from the falling building was like a tornado and flung him from his feet. Debris from the failed tower caused a hotel underneath to fall, throwing slabs of concrete onto him, he said.

"I had a fractured skull, the back of my head split wide open, all my ribs were broken, my left arm was snapped in half, my shoulder was torn up, my neck and spine (were) crushed, I was bleeding internally," Torrillo said.

"I was buried in the darkness -- I couldn't see -- darker than midnight with all these other people," he said. "They're all screaming at the top of their lungs, but we couldn't see each other."

Torrillo was rescued by other firefighters who carried him to a boat on the Hudson River just as the other tower collapsed, sending shards of glass their way. His rescuers jumped into the water and he dove into the engine room as the vessel was covered by falling debris, he said.

Torrillo said he was declared dead after he was rescued for a second time, but survived -- only to face gnawing guilt at how he survived, but not others.

Fennessy said America "saw the face of evil" that day, but responded with ordinary citizens rising to the occasion.

"We saw courage in office workers who were trapped on the high floors of burning skyscrapers and called home so their last words to their families would be of comfort and love," Fennessy said.

"We saw courage in passengers aboard Flight 93, who recited the 23rd Psalm and then charged the cockpit," he said. "And we saw courage in the Pentagon staff, who made it out of the flames and smoke, and ran back in to answer the cries for help."

The tribute at the downtown Community Concourse was held today since the actual anniversary falls on a Sunday.

Other scheduled events commemorating the anniversary of the attacks include a Thursday morning stop by a fire truck, which was able to go back into service after 11 of its crew members were killed, at the Toby Wells Family YMCA; the annual San Diego 9/11 Memorial Stair Climb, one of about 30 similar climbs nationwide, at the Hilton San Diego Bayfront on Saturday morning; and a memorial ceremony at Centennial Plaza in El Cajon on Sunday morning.