The San Diego Natural History Museum has a hidden collection room which is not accessible to the public. The room holds nearly 50,000 bird specimens which chronicle San Diego's history. 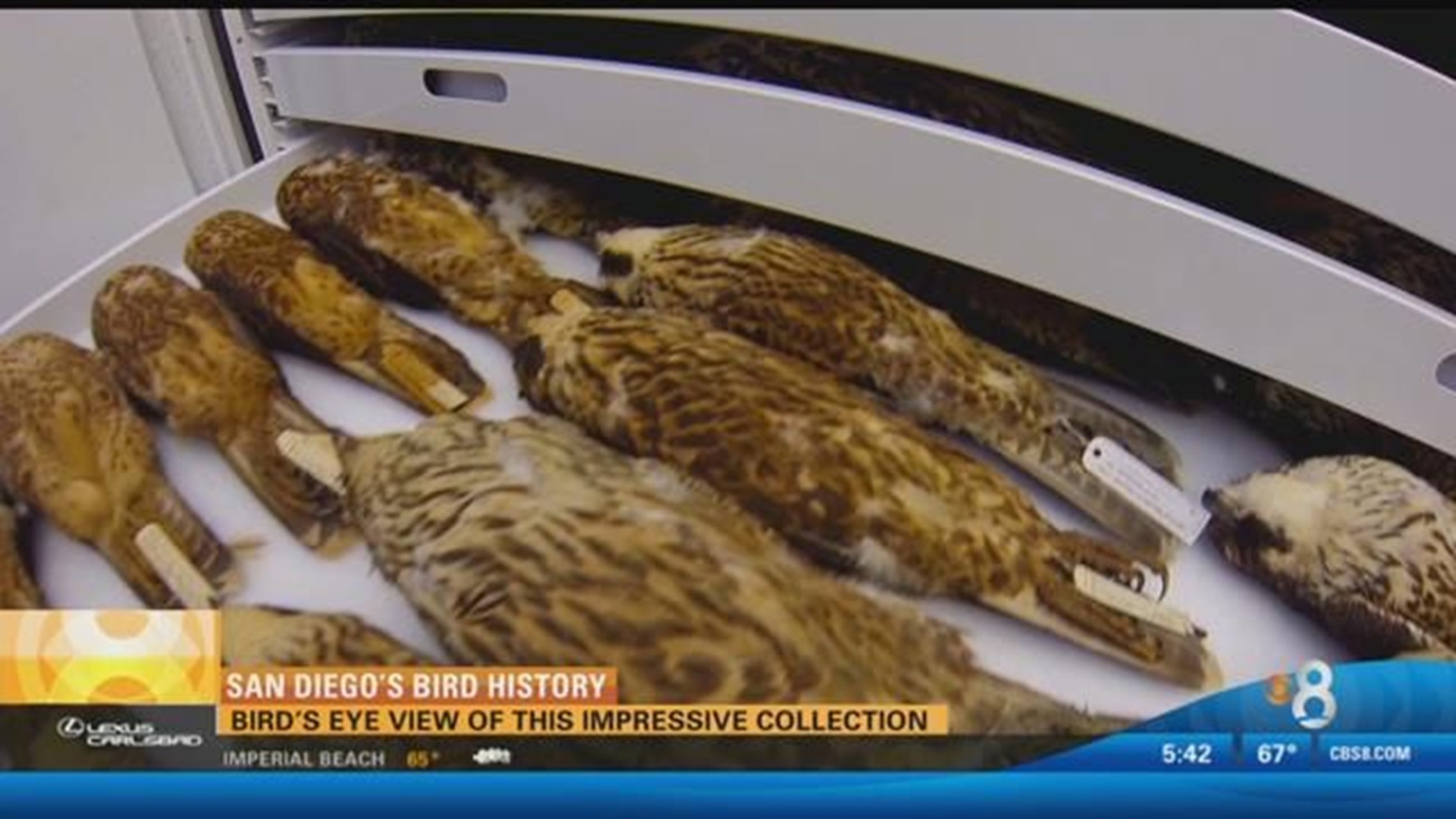 
It is a flight into the past.


Nearly 125 years-ago, the California Condor graced the skies above San Diego, and it is now preserved as part of the collection.


Philip Unitt is the curator of the the Department of Birds and Animals. He has spent the past 27-years researching, documenting and preserving San Diego's history from a bird's eye view.


Unitt said one of the oldest specimens in the collection is the skull of the now endangered short tailed Albatross. It was first discovered on Pacific Beach in 1893.


From the birds of old, to the birds of new, Unitt tracks them all. For example, Allen's hummingbird which is a relatively recent arrival.


The technique used to preserve the birds has not changed in more than a century. "Hopefully, this specimen from 2015 will last as long as this short tailed Albatross from 1896," he said.


Unitt works to preserve the past, to protect the future.


"These are our contact with the real world, with our history, with our heritage," he said.


Biologists also saved vials of tissues and snippets of skin for DNA collection and genetic studies, providing a baseline for the next hundred years and beyond


The San Diego Natural History Museum also has an extensive collection of 25,000 mammals.


Some of the footage in this video story was shot using a GoPro camera.