It is public health versus parents' right after the California's Assembly approved a bill requiring that nearly all public school children be vaccinated. 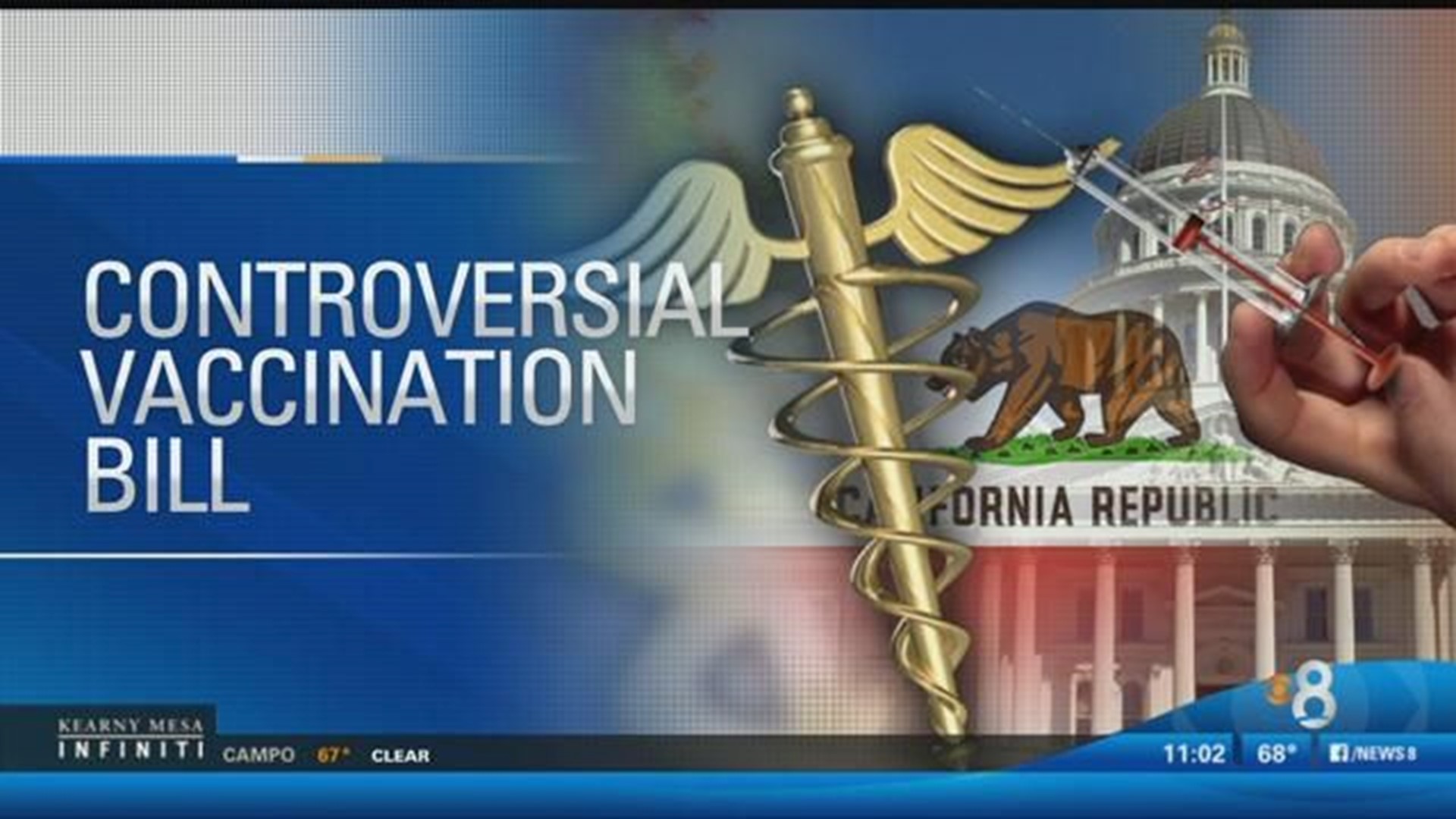 SAN DIEGO (CBS 8) - It is public health versus parents' right after the California's Assembly approved a bill requiring that nearly all public school children be vaccinated.

If the bill is approved by Gov. Jerry Brown, it would strike the personal belief exemption.

Supporters said it will protect public health, but vocal critics call the bill unconstitutional because it takes away the parents' right to choose what they deem best for their family.

"I will feel very disappointed to have to leave California," said Heather Hawkes.

San Diego County mother Heather Hawkes said that if Senate Bill 277 becomes law, her family may have no other option than to move out of the state, and she's not alone.

The State Assembly voted 46 to 30 to approve the bill, but it still needs to be approved by the State Senate and signed into law by Gov. Brown.

"It is another very important step forward to make sure we protect all children who are attending our public schools and our private schools," said a supporter of the bill.

Under SB 277, parents could no longer opt out of vaccinating their children on the basis of personal or religious beliefs after having a discussion with their doctor.

Medical reasons provide the only exemption.

The bill's proponents said it makes no sense to wait for a full-fledged health crisis to enact this legislation.

"While science and research is being done, I feel we are certainly not in a position to construct a black or white legislation in a gray area of information. We're just not there yet," said Hawkes.

SB 277 will head to the State Senate which could vote as early as Monday.

If approved, the bill immediately go to the governor's desk for his signature.