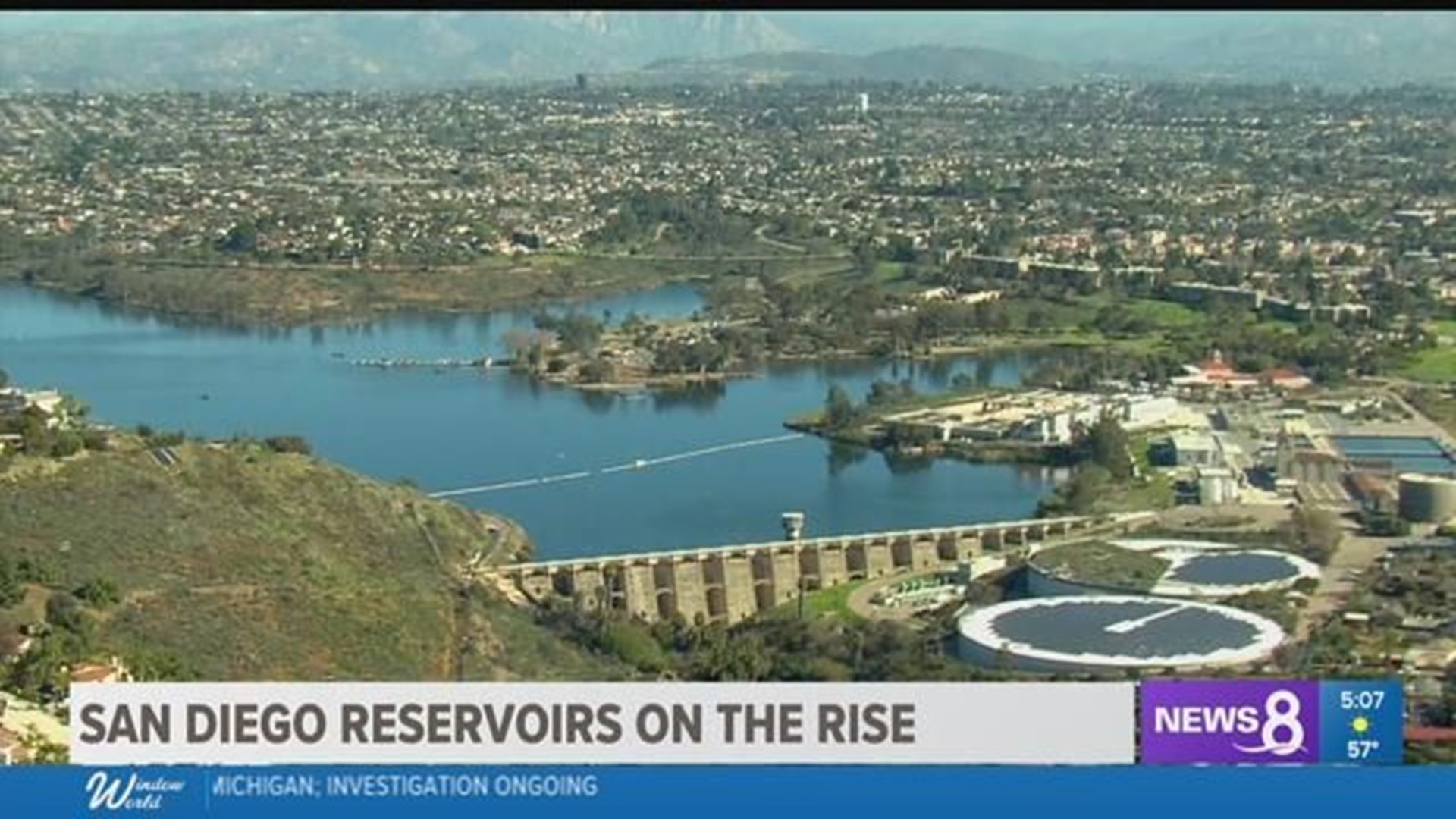 Much of the East County highlands also will get fresh coatings of snow over the period, with drifts two feet deep possibly accumulating on the highest local peaks and dustings of the frozen white flakes reaching as low as the 1,000-foot level, the NWS reported.

The expected harsh conditions, including high winds, prompted the weather service to issue a winter-storm warning for the county's mountain locales, effective from 1 p.m. Wednesday to 1 a.m. Friday. Travelers to those areas are advised to bring plenty of warm clothing along with emergency supplies, including blankets, flashlights, food and water.

Since Oct. 1, San Diego's official precipitation station at Lindbergh Field has tallied 10.35 inches of moisture, exceeding the amount -- 10.33 inches -- considered ``normal'' for the city to get during an entire year of average rainfall, meteorologist Noel Isla said.

Reservoirs across San Diego County are also receiving some much needed help thanks to all the recent storms; however, some reservoirs are seeing more of a benefit than others. San Diego has two dozen reservoirs, but not all of the mare created equal.

The three reservoirs that have benefited from the rain are Sweetwater, Lake Hodges and San Vicente. At Lake Hodges, so much rain has fallen that the lake has risen five vertical feet.

Any rain water is welcomed because 72 percent of San Diego's water supply comes from the Colorado River and 13 percent comes from the state water project.