Scripps Ranch school officials did an about-face Wednesday night as the district issued an apology over a testing mistake. 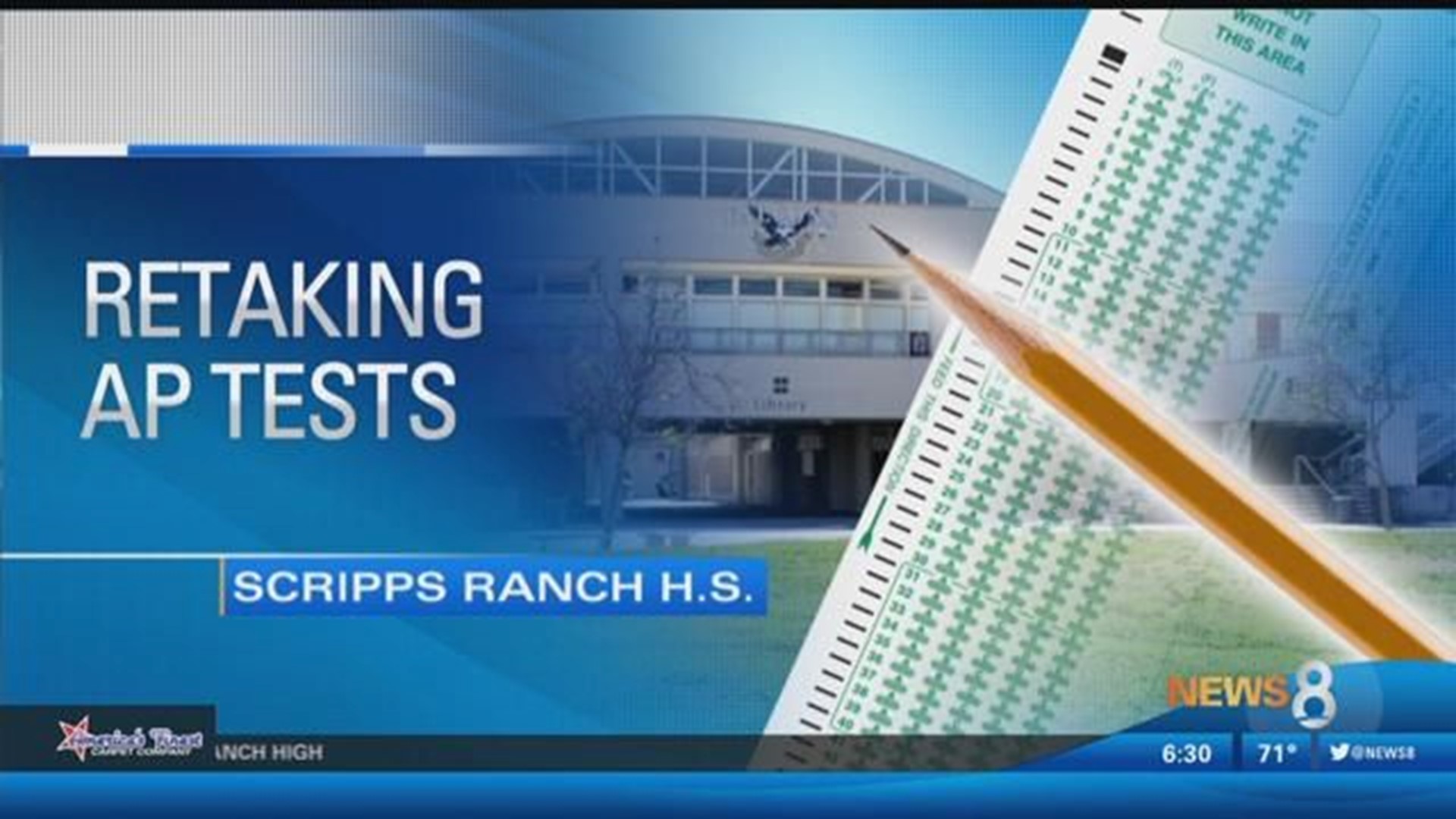 SAN DIEGO (AP/ NEWS 8) — San Diego's school board has voted unanimously to take legal action after the Advanced Placement tests of more than 500 of the city's high school students were declared invalid because their seats were too close together.

The San Diego Unified School District Board of Education voted 4-0 Thursday night to take legal action against the College Board, which oversees the exams.

The College Board said last week it was invalidating AP tests taken at Scripps Ranch High because the arrangement of chairs violated the testing rules.

Students were seated too close together and they also used privacy partitions during testing which are banned. The school said that they weren’t told about the protocol changes until two days before the testing.

Around 500 students tested in biology, calculus, English literature, U.S. history and five other subjects.  They will have to take the tests again in July and August, though they'll be offered for free.

The College Board did not claim any students cheated on the exams, which can gain students college credits by meeting the requirements for certain subjects.

The school said that once-voluntary testing protocol will now be made mandatory, and that there will be new test proctors on site.

Full refunds will be issued to those who don’t retake their tests, and free preparatory sessions led by volunteer teachers will be offered.