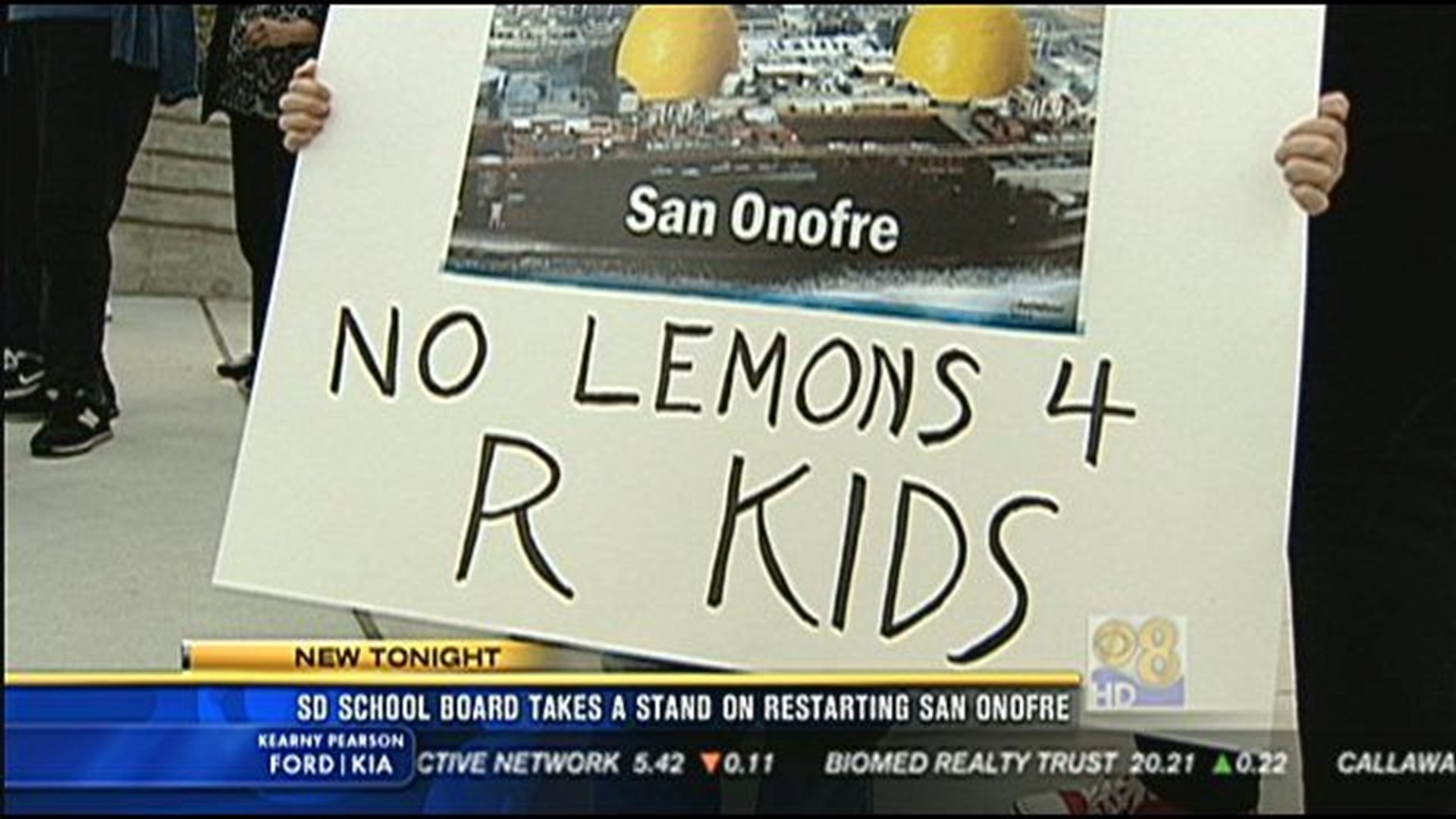 SAN DIEGO (CNS) - The San Diego Unified School District Board of Education adopted a resolution Tuesday night opposing the proposed restart of a reactor at the San Onofre Nuclear Generating Station until its operator undergoes a rigorous license amendment process.

The nuclear plant near Camp Pendleton was shut down nearly one year ago after a small leak was discovered coming from a steam pressure tube in one of the reactors, called Unit 3. The other reactor, Unit 2, was not operating at the time due to scheduled maintenance.

Neither unit has returned to service, but plant operator Southern California Edison has proposed restarting Unit 2.

Opponents of restart plans said Edison should go through a license amendment process with the Nuclear Regulatory Commission because the steam generators that failed were of a different design than their predecessors. The generators were replaced two years ago, and it was discovered that vibration was causing the tubes to wear faster than expected.

The resolution, introduced by board members Richard Barrera and Kevin Beiser, said "the San Diego Unified School District believes restarting the defective Unit 2 nuclear reactor at San Onofre will have profound impacts on our children in San Diego Unified and the surrounding communities in the event of a nuclear accident regarding radiation contamination of air, water and food, evacuation plans, and long term viability of life in Southern California."

The resolution also expressed support for a California Public Utilities Commission investigation into the reliability and costs of the plant, especially compared to alternative energy sources.

"We must make certain that before restarting San Onofre nuclear power plant, it is safe for our community and our kids."

Chris Abel, community outreach manager for the San Onofre Nuclear Generating Station, urged the board to postpone action until SCE could better inform the board.

"We have said from the beginning, as has the Nuclear Regulatory Commission, that we will not restart Unit 2 or Unit 3 until both us and the NRC has deemed that is safe to do so -- in other words, there is no time line on its safety," Abel said.

Abel offered board members a briefing and invited them to visit the plant "to understand the rigorous regulatory process by the Nuclear Regulatory Commission as well as the current situation at SONGS, especially as it relates to greater liability and clean air."

However, the board voted 4-1 to approve the resolution. Trustee Scott Barnett cast the sole dissenting vote, stating there were more significant health and safety issues that impacted district students.

The Nuclear Regulatory Commission will hold a public meeting at the Capo Beach Church in San Juan Capistrano Feb. 12 on the restart plans. Commission officials said attendees would have the opportunity to submit comments and question staff and SCE executives.