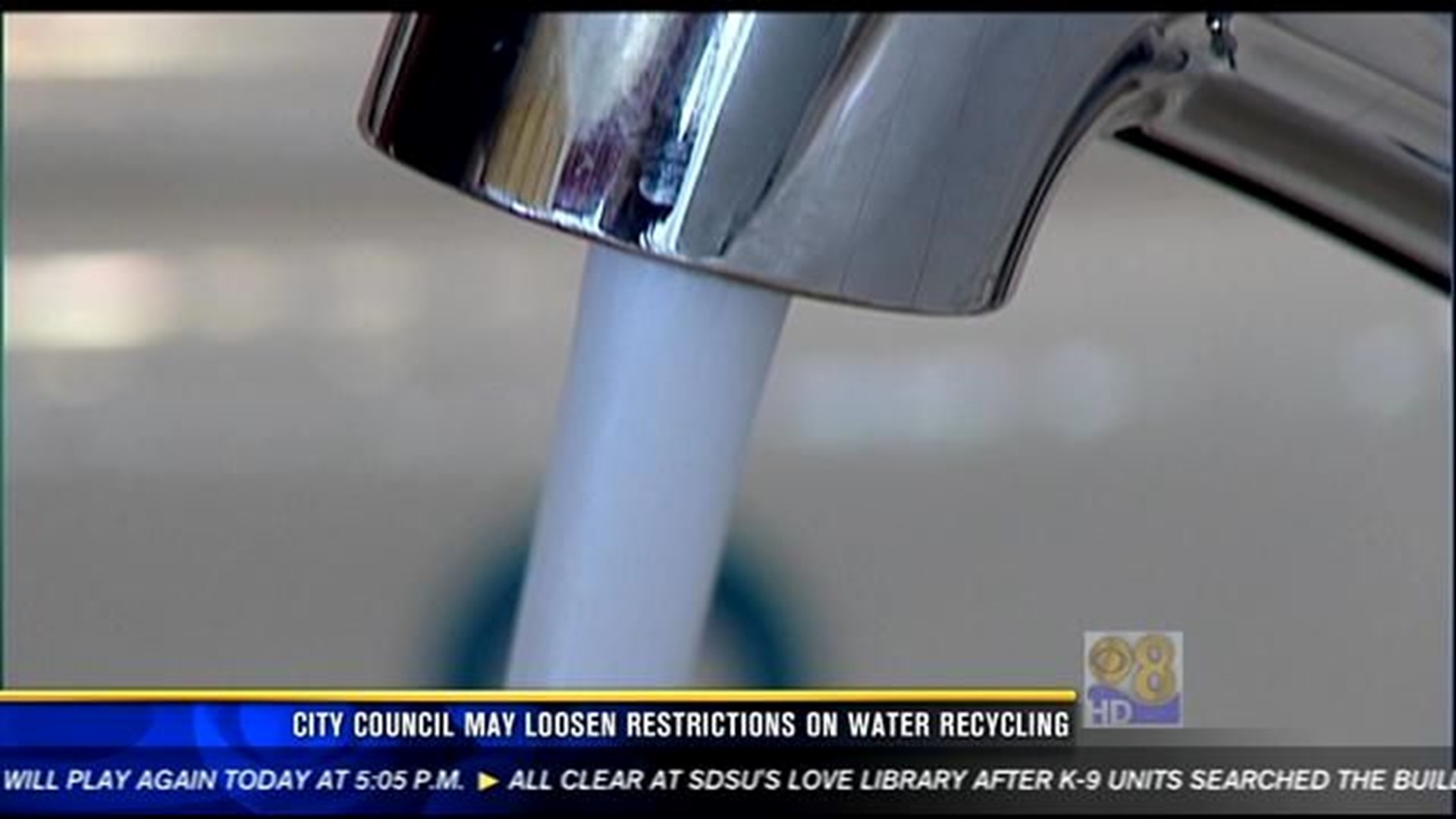 Advocates say that so-called "graywater" systems, in which the outflow from clothes washers or showers is directed to landscape irrigation, can reduce household consumption by half.

"Graywater is a simple and effective way to reduce our water use," Councilwoman Sherri Lightner said. "Local environmentalists say that a family of four can save as much as 16,000 gallons a year just by reusing water from their washing machine to irrigate their yard."

Such systems are currently allowed in the cities of San Francisco, Santa Barbara and Phoenix, according to Lightner.

A task force created to study plans submitted by the councilwoman recommended that systems that receive water from only a clothes washer should not require a city permit. She said current city rules on the systems are "confusing and contradictory," stunting local sales.

City permits should also not be needed for a homeowner to install a system that discharges less than 250 gallons per day for landscape irrigation, takes water from a clothes washer and wash basin, and doesn't use pumps or affect the rest of the house's plumbing, the panel concluded.

"Don't throw out the baby or the bath water," Councilwoman Lorie Zapf said.

The task force also suggested that the Public Utilities and Development Services departments include information on simple graywater recycling systems in their public outreach and social media campaigns. The outreach should encourage users of such systems to avoid runoff.

Lightner also asked city staff to develop plans for customer rebates and incentives and report on their progress to the Natural Resources and Culture Committee within 60 days.

Civic and environmental leaders are attempting to diversify San Diego's water portfolio and lower the region's dependence on costly imports from the Metropolitan Water District, the Los Angeles-based water wholesaler.

Last week, the City Council directed city staff to develop a project in which graywater is purified and returned to city reservoirs. A pilot program found that such water would be cleaner than the drinking water provided to residents now.

Staff was ordered to return in 90 days with plans, including financing options and proposed regulations.