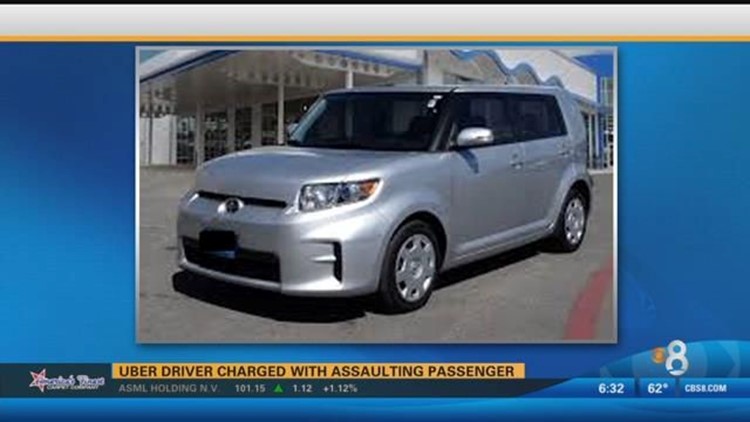 SAN DIEGO (CNS) - An Uber driver was behind bars Thursday on suspicion of raping a customer last month in El Cajon.

John David Sanchez, 52, allegedly sexually assaulted the woman while on duty for the ride-hailing company, according to police. He was arrested Tuesday afternoon and booked into San Diego Central Jail, where he was being held on $100,000 bail.

Upon learning of the accusations against Sanchez, Uber immediately suspended him and has fully cooperated with police, Lt. Rob Ransweiler said.

Ransweiler declined to specify where the alleged crime took place, and whether the suspect and purported victim were in Sanchez's silver 2012 Scion xB at the time.

The investigation is ongoing, according to Ransweiler.

"Detectives are trying to determine if this is an isolated incident," Ransweiler said.