San Diego Water Bills: What the city is and is not telling residents

In February 2018, the City of San Diego admitted more than 300 water customers had been overcharged due to human error. 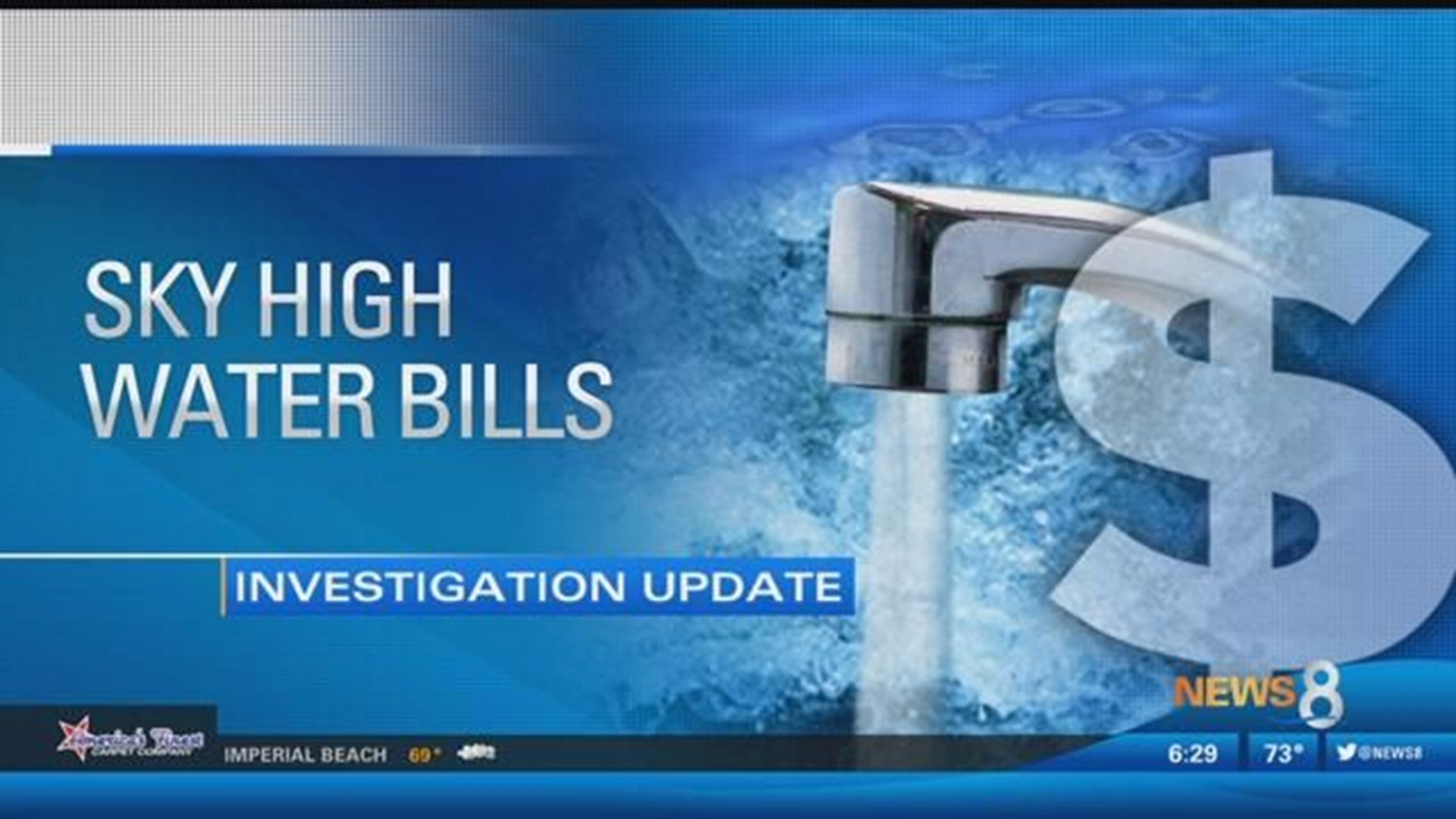 SAN DIEGO (NEWS 8) – In February 2018, the City of San Diego admitted more than 300 water customers had been overcharged due to human error.

News 8 put in a request to find out more about the ongoing audit, however, the information received left many unanswered questions. For months, News 8 has been investigating as countless of viewers reported unexplained high water bills.

The Public Utilities Department in February admitted 343 customers in Carmel Valley, Mira Mesa, Rancho Penasquitos and Rancho Bernardo were overcharged an average of $303 due to human error. At the time, no further details were released citing personnel issues.

News 8 filed a public records request and on Tuesday, the documents that were received did not answer the question about how the overcharges happened.

When pressed on the above point, a city official in a statement said:

[The human error] “Demonstrated a trend on routes of one individual meter reader."

Beyond the human error issue, hundreds more in other parts of the city dealt with high water bills. San Diego Mayor Faulconer ordered an audit into the matter be fast tracked – calling it a priority to find answers.

Regarding that part of the investigation, a city official said in part:

“Three analyses requested by the City are expected to be complete in the coming weeks and should provide additional details and clarity on all elements that contributed to the higher meter readings and higher bills."

The official also said the city is confident those reports will provide clear recommendations on how PUD can improve customer service and billing.

“I believe that the public has the right to see public documents that shed light on the issue. I am looking forward to the city auditor’s audit coming out next week.”

"The Public Utilities Department's (PUD) initial review in early 2018 of high bill complaints from customers demonstrated a trend on the routes of one individual meter reader. Further investigation at the time determined 343 water customers were overcharged due to related human errors. Three analyses requested by the City are expected to be complete in the coming weeks and should provide additional details and clarity on all elements that contributed to the higher meter readings and higher bills.

As a reminder, here's more information on the three reports we expect soon: At Mayor Kevin L. Faulconer's request, the independent City Auditor then agreed to expand and expedite an audit on the Public Utilities Department's customer service, billing practices and use of new smart meter technology. In addition, the City's Performance and Analytics Department embarked on a review of a wide set of PUD billing and water usage data, and PUD brought on external firm West Monroe to perform a detailed root cause analysis of high bills and a comprehensive operational assessment.

While we are confident these reports will provide clear recommendations to improve PUD's customer service and customer billing, the Mayor has directed an internal examination of the department's overall management structure, internal controls, processes and protocols, and employee oversight."