Fifty people, including two San Diegans, were charged Tuesday in a scheme in which wealthy parents allegedly bribed college coaches and other insiders to get their children into some of the 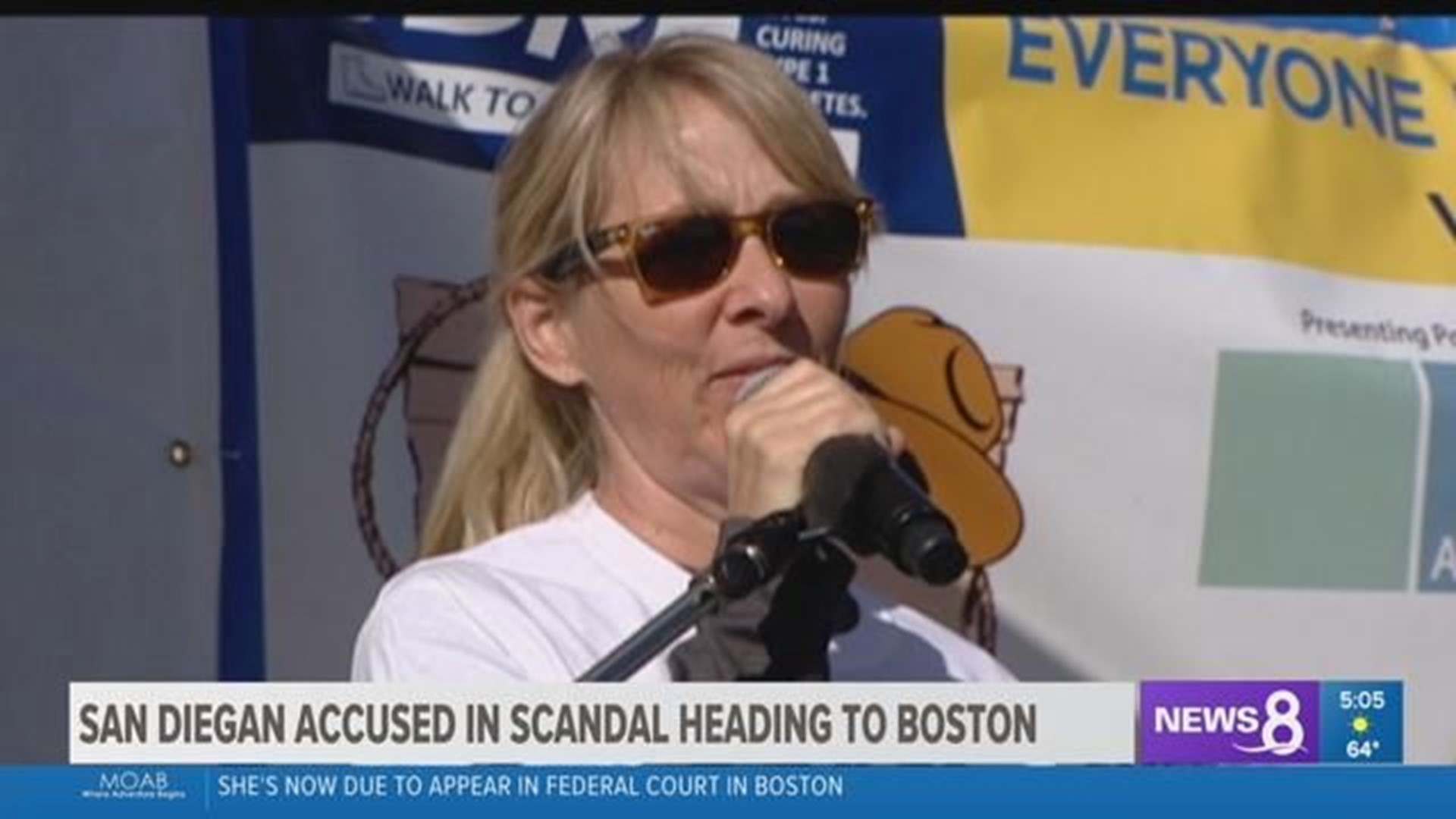 SAN DIEGO (NEWS 8) — Fifty people, including two San Diegans, were charged Tuesday in a scheme in which wealthy parents allegedly bribed college coaches and other insiders to get their children into some of the nation's most elite schools. Federal authorities are calling it the biggest college cheating scam ever prosecuted.

It’s entangled nine college coaches, two Hollywood actresses and more than 30 others, including individuals with ties to San Diego.

One of them is Elisabeth Kimmel who owned KFMB Stations for decades until it was sold to TEGNA, Inc. in 2018.

Kimmel was expected to appear in federal court locally on Wednesday afternoon, however a judge said she will instead go before a judge in Boston on March 29. She is accused of paying bribes to get her kids into Georgetown and USC.

Kimmel was arrested at her La Jolla home early Tuesday morning without incident, according to the FBI.

Authorities also say Kimmel paid a $250,000 bribe to get her son into USC and falsely claimed he was a pole vaulter. They say her son’s fake profile included a Photoshopped image (seen below) of his face on a photo of someone else pole vaulting.

The bribes allegedly were dispensed through an admissions consulting company in Newport Beach, California. Authorities said parents paid William Singer, the founder of the Edge College & Career Network, the bribe money to get their children into college.

The charges Kimmel faces are conspiracy to commit mail fraud and honest services mail fraud. It was unclear as of Wednesday how much time she faces.

The portion of the criminal complaint pertaining to Elisabeth Kimmel appears below.