A woman who moved from San Diego to Kenya, is among the wounded in the deadly shooting spree at an upscale mall in Kenya. 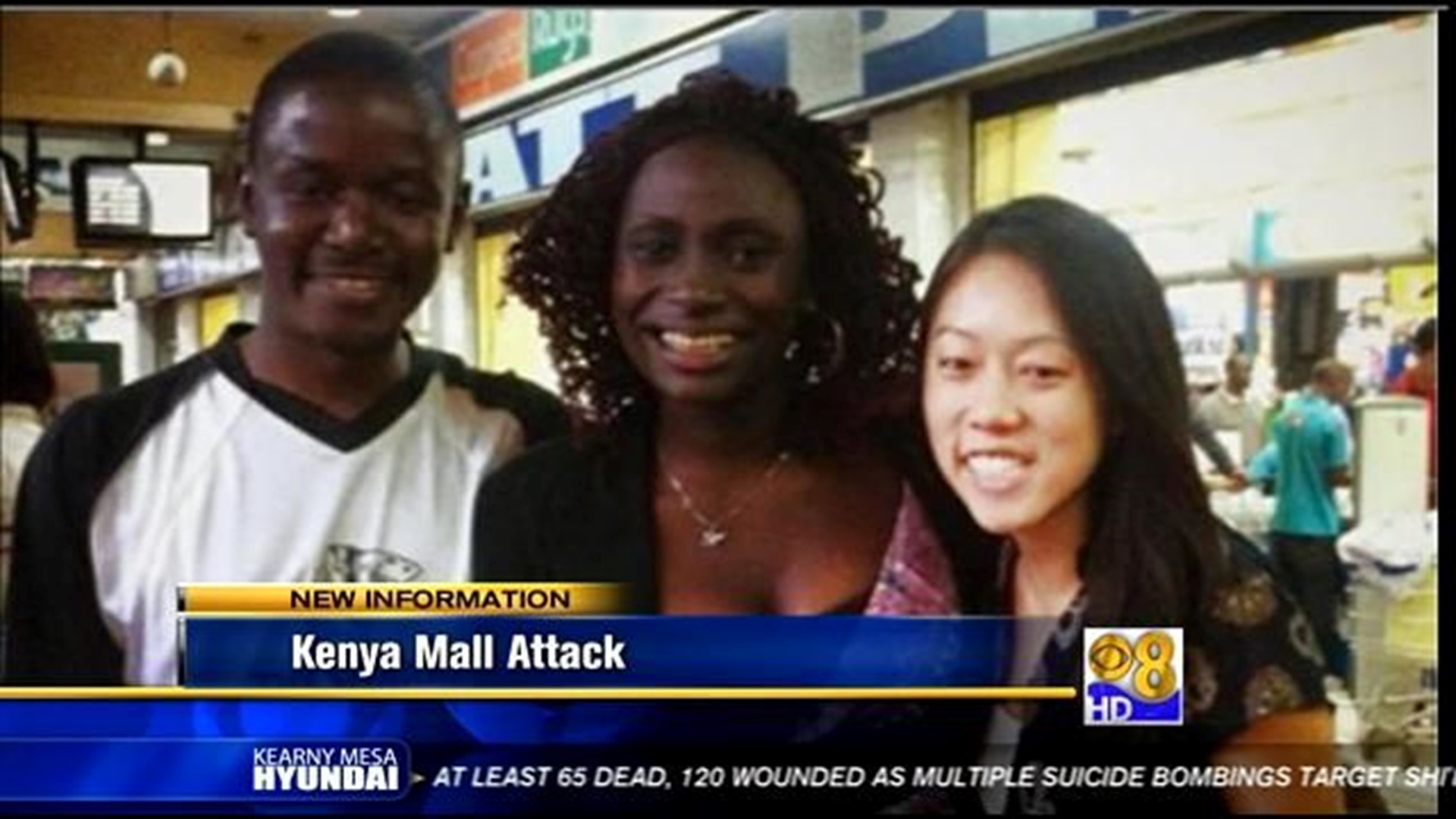 SAN DIEGO (CBS 8) - A former San Diego resident was one of the about 175 people wounded in the attack on a mall in Nairobi, Kenya that left nearly 70 dead and several others held hostage.

Elaine Dang was working as a general manager for "Eat Out Kenya" and meeting co-workers at the Westgate Shopping Mall when the violence broke out Saturday.

Dang said via Twitter "I am recovering. Thank you for all the love and support -- in Kenya and overseas. Terrorism knows no religion."

A Facebook post from Eat Out Kenya said in part "Members of our team who were at the Mall are all stable and being looked after. We have lost friends today and pray for the hostage situation to end."

News 8 spoke with Elaine Dang from her hospital bed in Nairobi Sunday.

The Torrey Pines High School graduate, whose injuries were captured in photos, tells News 8 she had surgery to her chest, arms and legs.

The 26-year-old posted a picture on Twitter with her head wrapped in bandages to let everyone know she is doing well.

She is one of the lucky ones. Unfortunately, two of her friends did not survive the horrific shooting.

Elaine, who has worked with several humanitarian groups, says the people in Kenya have been amazing.

"I'm also very grateful for the Kenyan people, everyone was so helpful and supportive," she said.

The UC Berkeley graduate moved to Nairobi, Kenya in June 2012, and currently works as a general manager for an online restaurant guide.

Elaine says, she would like to thank everyone for their love and support and hopes the shooting doesn't paint an ugly picture of a country she absolutely adores.

"I don't want people thinking something about Kenya, I'm very prideful for the country and I love Kenyans even though I'm American," she said.

No Americans were killed in the attack that apparently targeted non-Muslims, although several were among the wounded. Extremist group Al-Shabaab claimed responsibility for the attack.