President Trump received high marks for his State of the Union from instant polls after the address, and viewers said they approved of the president’s speech in a CBS News poll, with only Democrats... 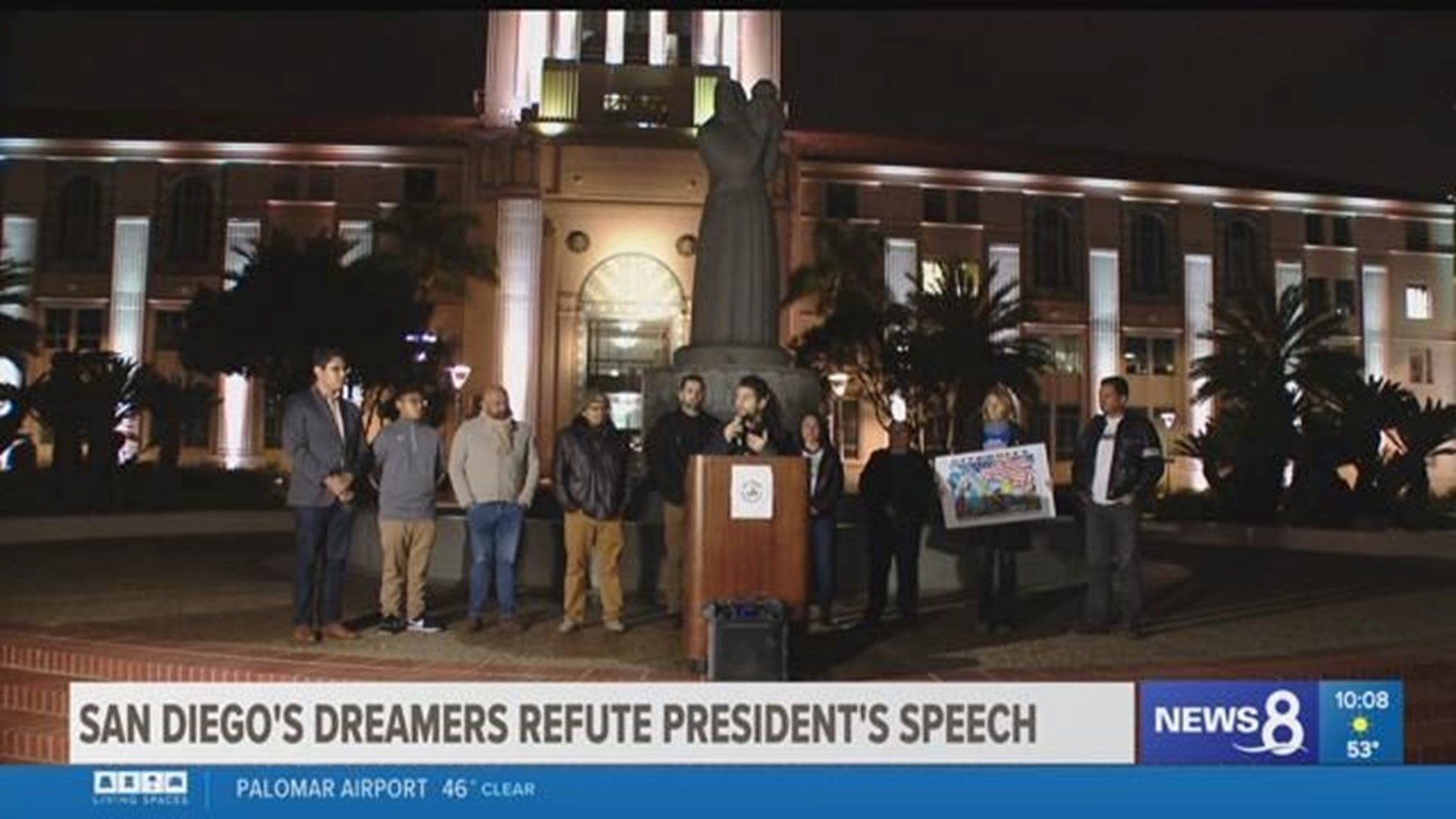 SAN DIEGO (NEWS 8) – President Trump received high marks for his State of the Union from instant polls after the address, and viewers said they approved of the president’s speech in a CBS News poll, with only Democrats expressing strong disapproval.

While the president called for unity in Tuesday’s speech, he also cited San Diego specifically to make his case for a border wall, but Dreamers – those brought to the United States without proper documentation when they were children – pushed back, arguing that walls divide communities and endanger lives.

“Simply put, walls work, and walls save lives,” the president said during his State of the Union.

Rios further said that since 1994, more than 7,800 people have died attempting to cross into the United States. “More border walls will continue to funnel people to their deaths,” he said.

Dreamer Ali Torabi took the president to task for what he did not mention in his speech, from gun violence to global warming. “I want to refute every single lie that man put forward. How can you issue a State of the Union address and not talk about these topics that are directly impacting the lives of your U.S. citizens,” he said.

The president also mentioned San Diego to try and make his case for the effectiveness of a wall in cutting down on illegal border crossings.

“This president needs to know his bigotry and hatred will not be tolerated. Here in San Diego we build bridges, not walls,” said Torabi.

Last month during a CNN interview, Mayor Kevin Faulconer said, “My message remains very clear, we need to increase those opportunities for trade, cross-border communication and cooperation. We have a great positive relationship with Mexico. The Tijuana mayor crosses into San Diego, we talk all the time and vise-versa."