The nearly six-hour shutdown of the San Ysidro border crossing on Sunday had an impact on the businesses that operate in the area – forcing many to close while others saw a decline in business. 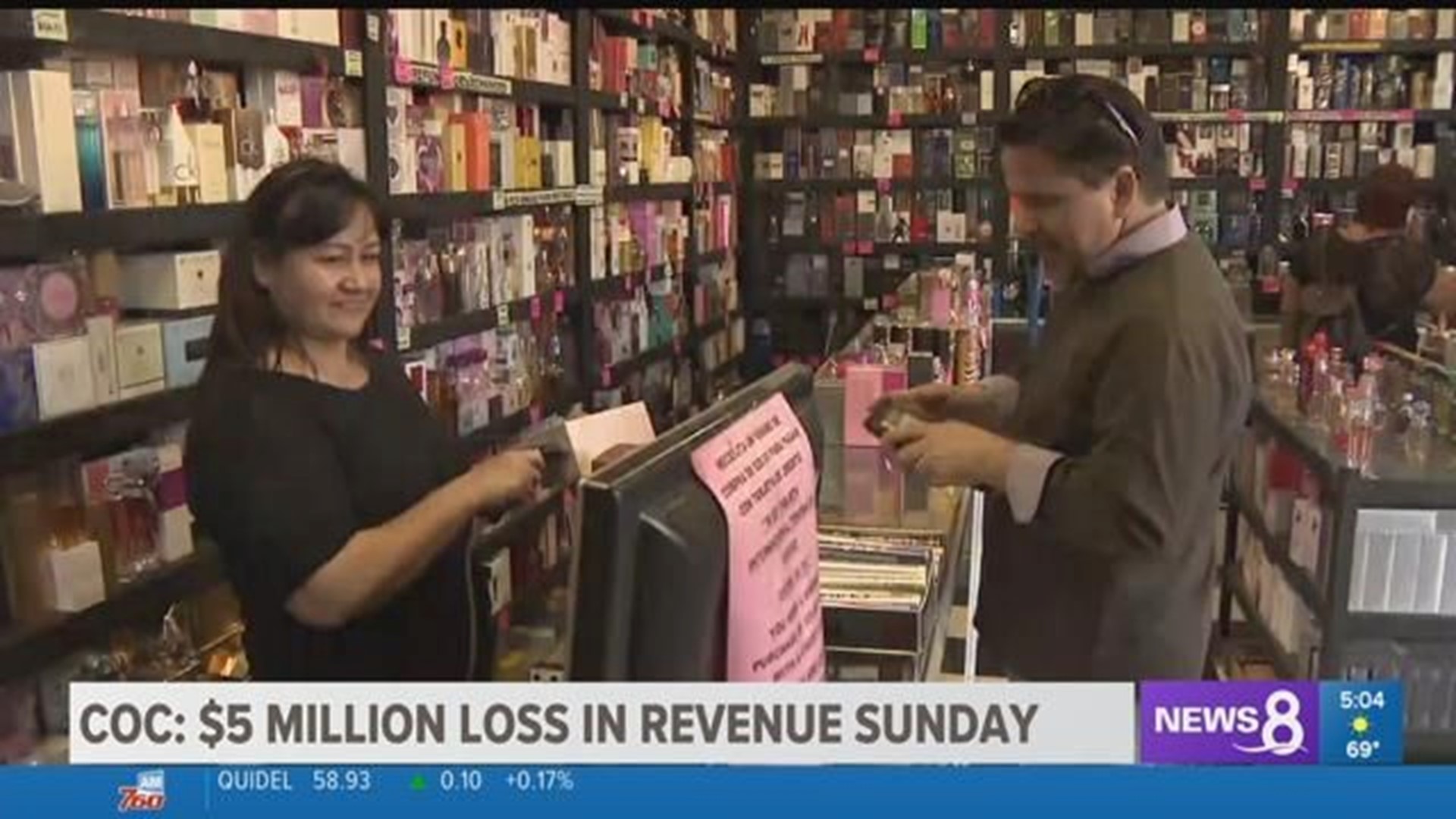 SAN YSIDRO (NEWS 8) – The nearly six-hour shutdown of the San Ysidro border crossing on Sunday had an impact on the businesses that operate in the area – forcing many to close while others saw a decline in business.

The owner of Sunny's Perfumes, Sunil Gakhrej, said this time of year his store is packed full of so many customers that there is a line out the door. On Monday, the day after the border closure at San Ysidro, only a couple of customers were inside his business shopping.

Sunil estimates business, for him, is down about 50 to 60 percent. On Sunday, the nearly six-hour border shutdown forced him to close his store early. “It’s bad for everyone. No one is happy. Yesterday I closed at 4 p.m. because after 2 p.m., there was no person, not even someone walking outside. It was very bad.”

The local outlet malls, including Las Americas – which are located directly next to the border fence - closed Sunday too due to safety concerns, according to a spokesperson. On Monday, crews reinforced the fence.

“It’s a critical time. We are estimating losses of one day of shopping here at $5.3 million,” said Jason Wells, the executive director of the San Ysidro Chamber of Commerce.

According to Wells, 93 percent of customers in the area live in Mexico. While he sympathizes with those seeking asylum in the United States, he said many people arriving all at once is causing chaos. “It’s affecting our way of lives. It’s affecting our business. I’ve got businesses that would not last two more days of this,” he said.

Further, because business has been slow, Sunil said he had to let go of some of his workers.

“It is critical that U.S. and Mexican federal leaders work together to safely resolve the migrant crisis,” the mayor wrote. “Our way of life relies on a safe, secure and functioning border. From travel to shipping to daily commutes between San Diego and Tijuana, it is essential to our community.”