Temperatures across San Diego County are spiking Thursday and Friday and that has local firefighters on alert for the possibility of wildfires. 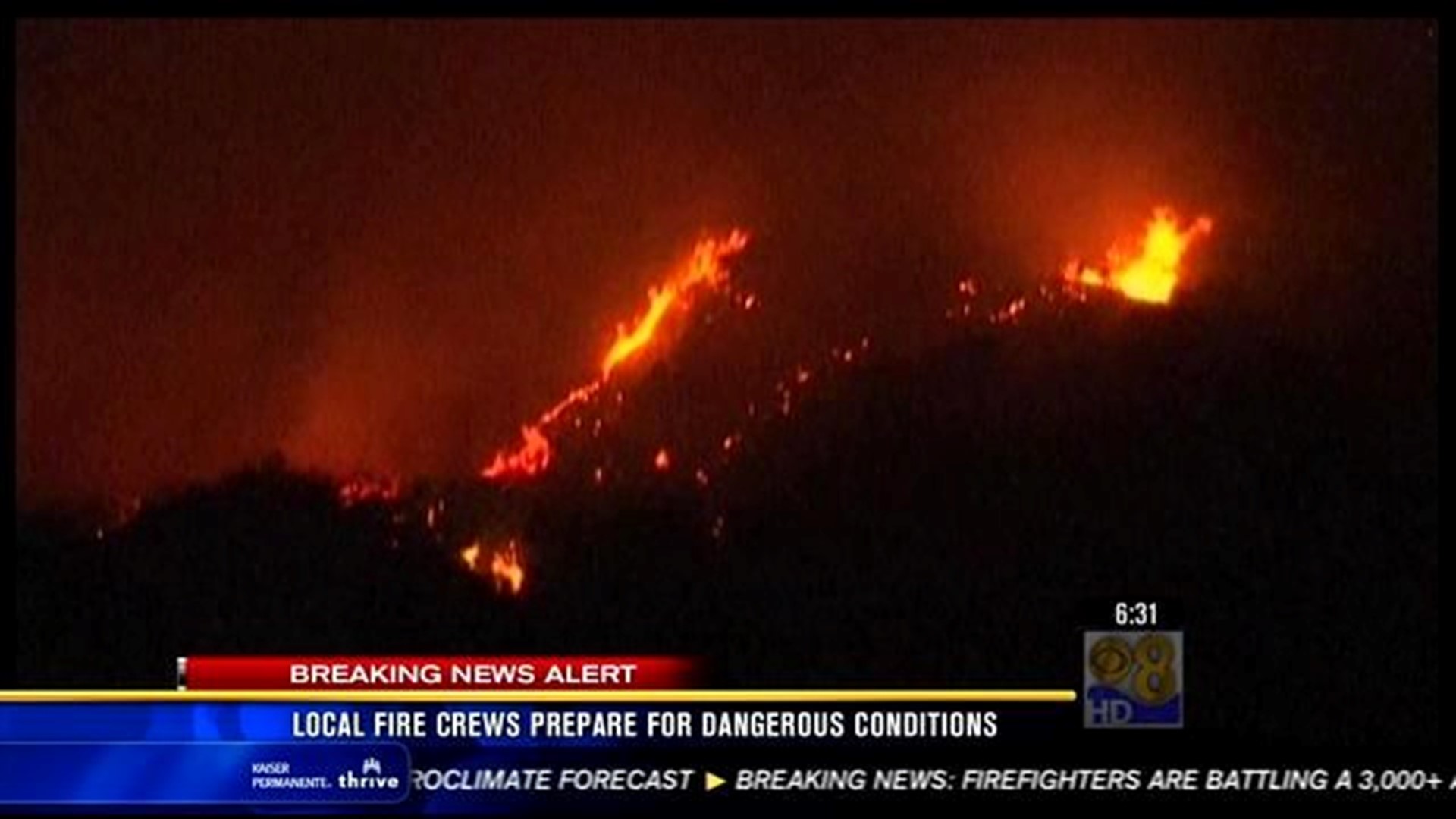 SAN DIEGO (CBS 8) – A massive wildfire has overtaken 10,000 acres on its way to the coast. The Springs Fire in Ventura County has already damaged 15 homes and its threatening more.

San Diego crews are in the area helping to keep flames from spreading even further, including 40 firefighters from San Diego.

"We have reserve apparatus reserve engines who into place on those fire engines so they are staffed ready to go people work overtime we're prepared to handle anything that would happen here," said SDFD Battalion. Chief Rick Ballard.

Another fire in Riverside County, is now 65 percent contained. At least two people were hurt and nearly 3,000 acres lost in the Banning area.

In anticipation of local fires, crews say there are steps residents can take to protect themselves and their land.

"We've always preached defensible space that allows the firefighters to come in and work around your home in a defensible manner to defend your home," explained Cal Fire Battalion Chief, Daryll Piña.

Defensible space is defined as 100 feet of field modification in your yard. For the first 50 feet, mow the grass and trim back ornamental plants away from the house. For the next 50 feet, Piña recommends clearing out 50 percent of the vegetation.

For residents interested in learning more about preparing for fire season, a preparedness clinic will be held Friday at a Rancho Penasquitos fire station: