Claims of corruption and racism at the Hemet Police Force have surfaced after Officer Anthony Kitchen left San Diego and joined Hemet police with the promise of a bigger paycheck. 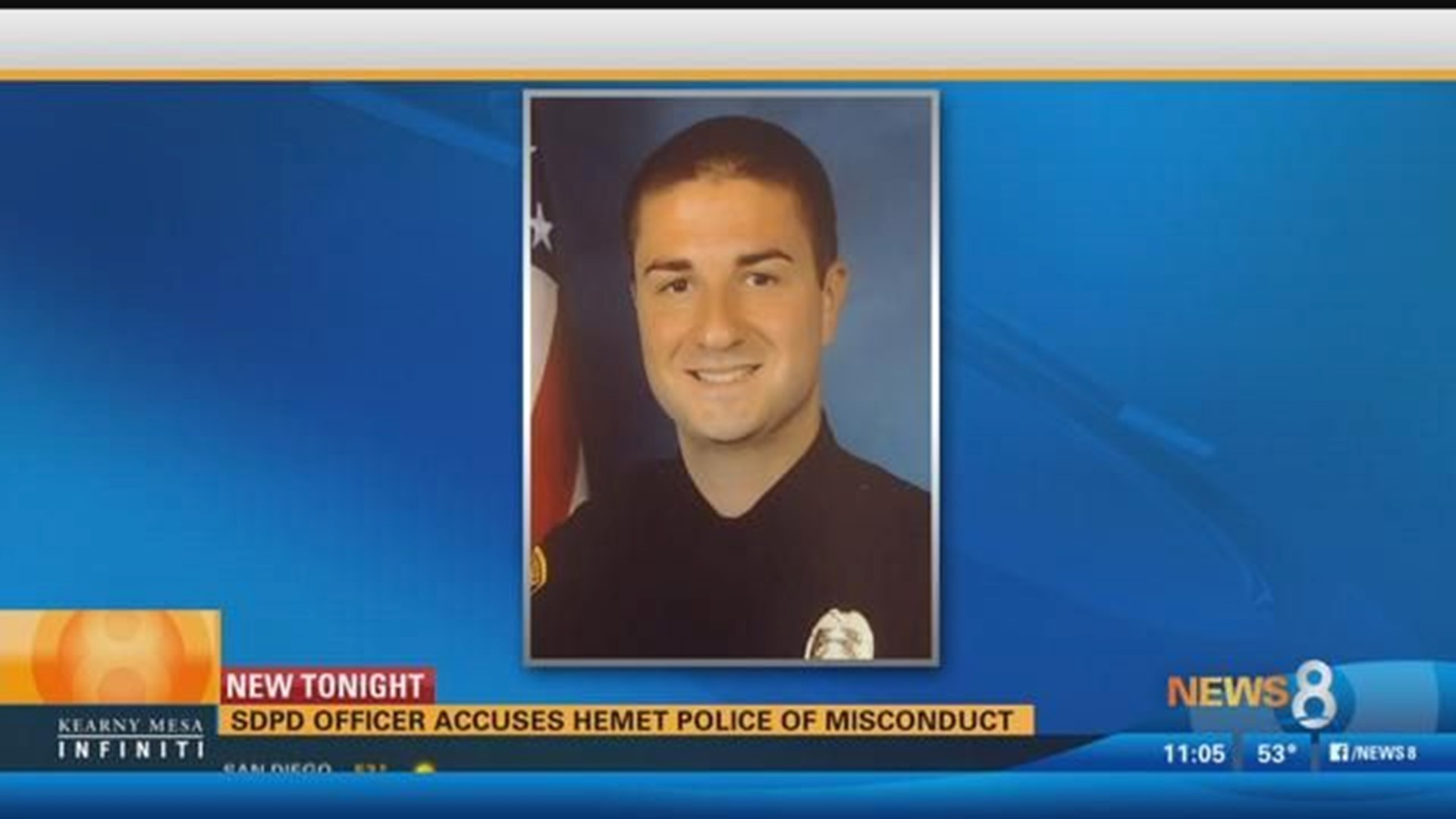 SAN DIEGO (NEWS 8) – Claims of corruption and racism at the Hemet Police Department have surfaced after Officer Anthony Kitchen left San Diego and joined Hemet police with the promise of a bigger paycheck.

Kitchen claims things were so bad, he had to quit after just one month.

Officer Kitchen returned with the San Diego Police Department, but according to his claim now filed in court, Kitchen alleges the Hemet Police Department was plagued by corruption and a culture of discrimination.

He has since taken the unusual step of breaking the implicit “code of silence” and spoken against his former employer.

In his claim, Kitchen alleges he was forced out after only 30 days on the job because of corruption and constitutional violations by the Hemet Police Department.

According to the Kitchen’s claim, the Hemet Police Department fostered a discriminatory culture – making insulting references to gays and to the developmentally disabled. Additionally, Kitchen claims the department made derogatory references to African-Americans – calling them by the code term, “Canadians.”

In one instance, Officer Kitchen also claimed he witnessed Hemet police officers as they destroyed evidence in a case – declining to arrest a suspect because he was friends with a sergeant. Also, Kitchen alleged a suspect was physically abused.

Kitchen’s attorney, Dan Gilleon, said his client was lured away from the San Diego Police Department to Hemet by promise of better pay and a $10,000 signing bonus – a bonus Hemet officials have demanded Kitchen return.

Through the claim filed in court, Kitchen said he is entitled to keep the bonus. Gilleon also said that Kitchen realized he crossed the so-called thin blue line of “code of silence.”

Kitchen said he believes it is the right thing to do.

Besides claiming he is entitled to keeping his signing bonus, Kitchen is also seeking lost wages and benefits. The Hemet Police Department told News 8 they cannot comment on pending litigation, but they do take the claims seriously.

The legal claim has been filed and the Hemet Police Department has 45 days to respond. If the claim is denied, then a lawsuit against the department will be filed in court.