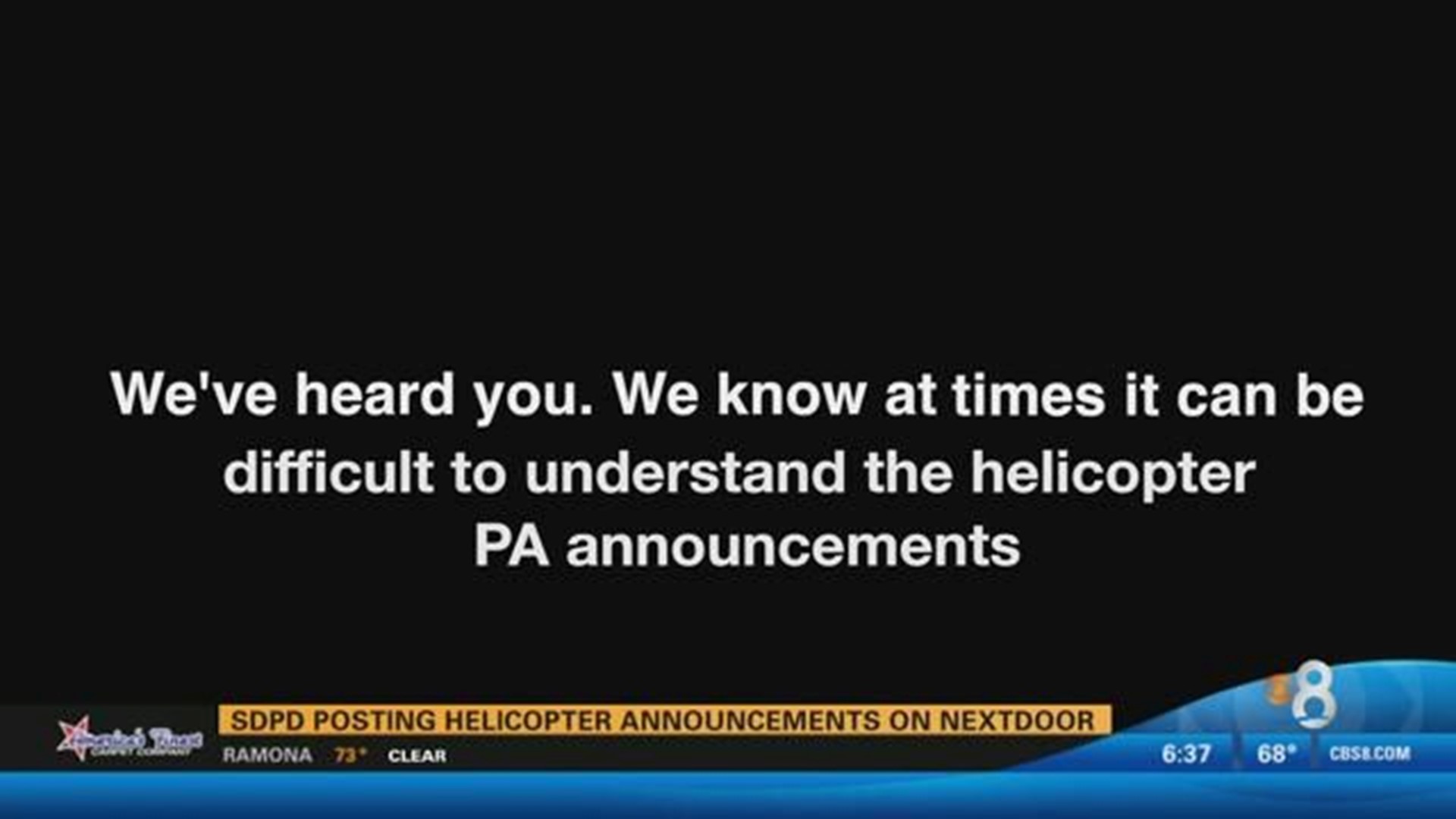 The airborne alerts about missing children, fleeing crime suspects and other pressing situations are now posted on the neighborhood social-networking site Nextdoor.com, as well as on Twitter.com, username SanDiegoPD.

The service, which began this month as a trial program, was prompted by public complaints about helicopter announcements being drowned out by the chopper's roaring engine, SDPD spokesman Matt Tortorella said.