San Diego Police arrested six motorists on suspicion of drunk driving during a St. Patrick's Day checkpoint in the Gaslamp area of downtown. 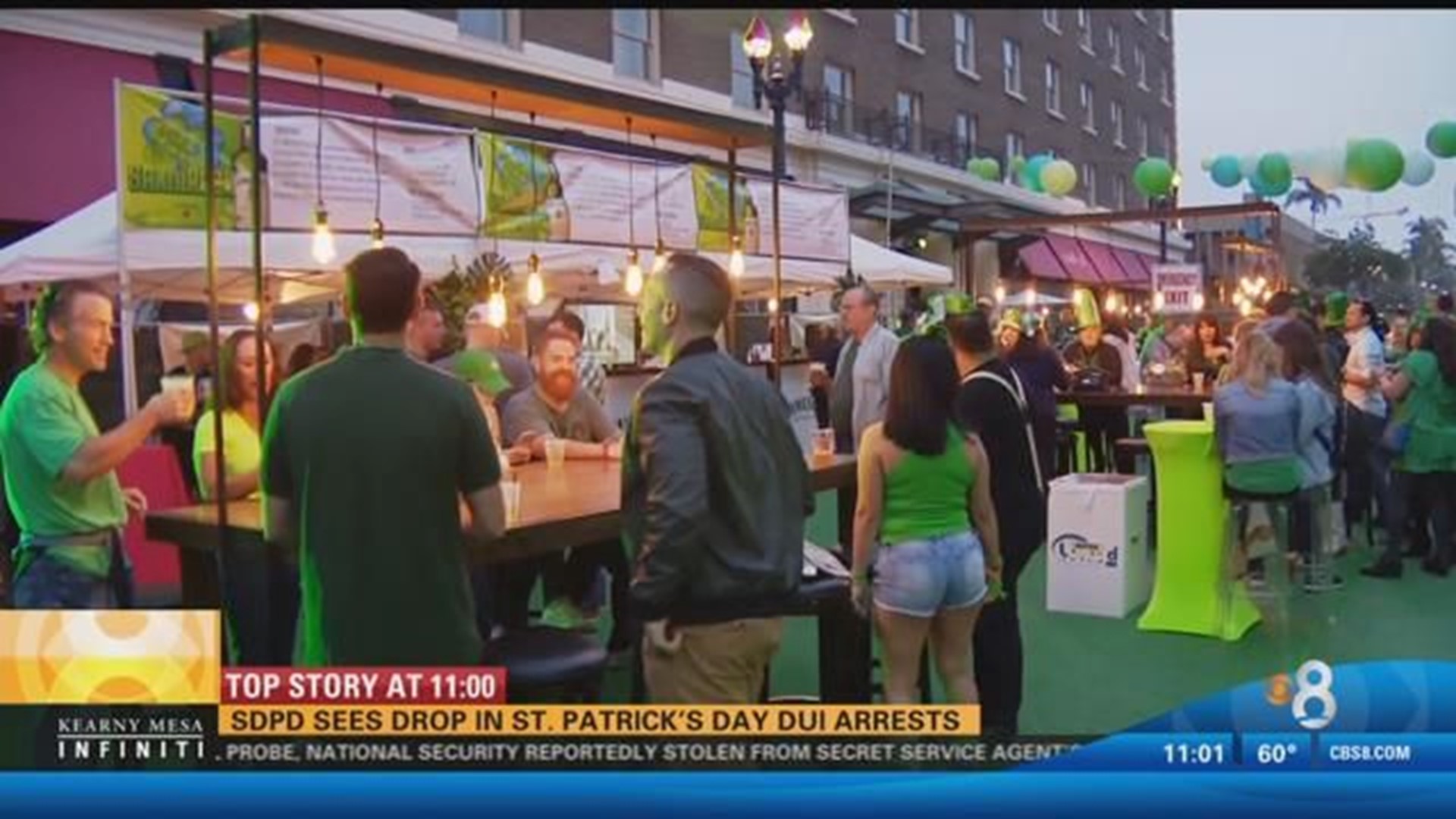 SAN DIEGO (CBS 8) — After the biggest green party in the Gaslamp was over, the San Diego Police Department's night was just beginning, with a DUI checkpoint set up on G Street to catch any violators driving under the influence.

The number of arrests dropped significantly to only six people taken into custody for DUI down from nearly a dozen a year before,

Officer Mark McCullough believes the drop is due to more publicity about the checkpoint and more people using rideshare alternatives.

"I was actually quite surprised, I expected the numbers to be higher with that holiday as in years past,” McCollough said. “It wouldn't be uncommon with the events that we have downtown and a holiday to be in excess of over 2,000 cars."

The number of cars passing through the checkpoint dropped by at least 300 cars. Only 18 people were evaluated for their sobriety compared to 20 to 30 people in years past.

Then there was the release of a new roadside drug testing machine called the Drager 5000. The device screens saliva samples for seven non-alcoholic intoxicating substances, including cocaine, marijuana and prescription drugs.

“We did have one person, who was going to submit a test, but unfortunately had some sort of anxiety attack in secondary to the point where we actually had to get medical attention for him and then later arrested him for DUI,” McCollough said.

In addition to the six arrests, six cars were impounded during the checkpoint.