SDSU professor to use Twitter to alert San Diegans

Have you ever wondered why certain tweets or Facebook posts go viral, and others get no interest whatsoever? A research team at San Diego State University has just received a $1 million grant from ... 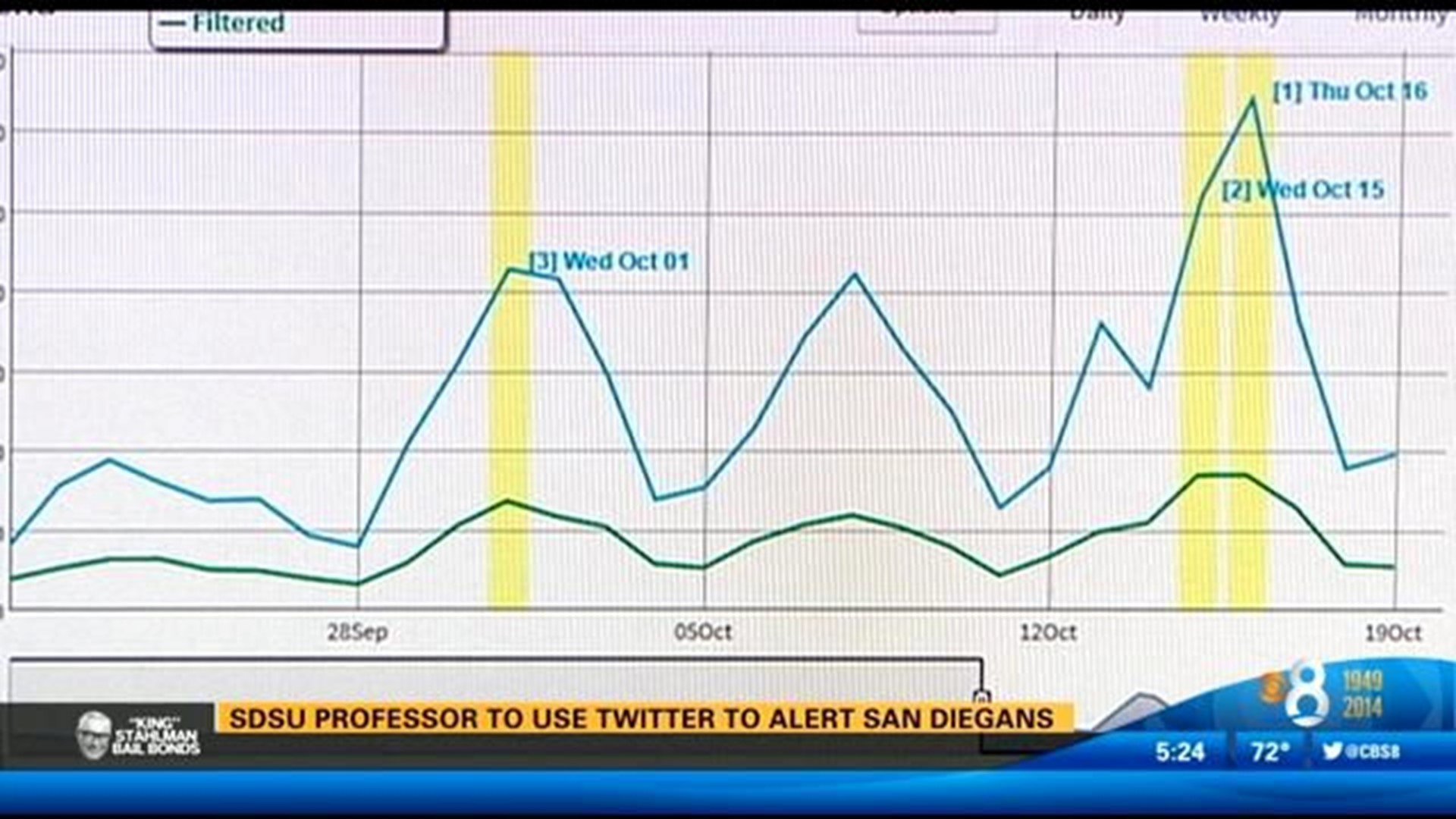 SAN DIEGO (CBS 8) - Have you ever wondered why certain tweets or Facebook posts go viral, and others get no interest whatsoever? A research team at San Diego State University has just received a $1 million grant from the National Science Foundation to answer that question, and then use that information to help protect San Diegans.

To maximize the power of social media, Tsou and fellow researchers are developing software to identify the 1000 most influential Twitter users in San Diego, out of the 30,000 users who currently follow the Office of Emergency Services.

"We're analyzing influential power, how many people following, how many mentions, how many retweets," he said.

If they can recruit these influential users as volunteers to retweet emergency information and alerts from the county, thousands more San Diegans can be reached.

"We'll be able to protect the community, make our community safer and resilient to disaster events," Tsou said.

SDSU researchers have already developed a geo viewer web app to help first responders. Dr. Tsou says one day, this technology could be used to track people who are trapped, or need to be rescued.

"In the future we're going to develop a different hashtag, if people need help," he said.

Another app, called Smart Dashboard, tracks Twitter trends in the top 30 U.S. cities, showing the most popular websites, topics and retweets. With certain filters, the app can track real cases of the flu and help health officials prepare for an outbreak.

As for the Twitter-based emergency alert system, researchers hope to have a prototype running within six months. The entire project is expected to run four years.