A 20-year-old man was arrested Friday night after police discovered his car was full of weapons, including a sniper rifle, outside a CVS in Rolando. 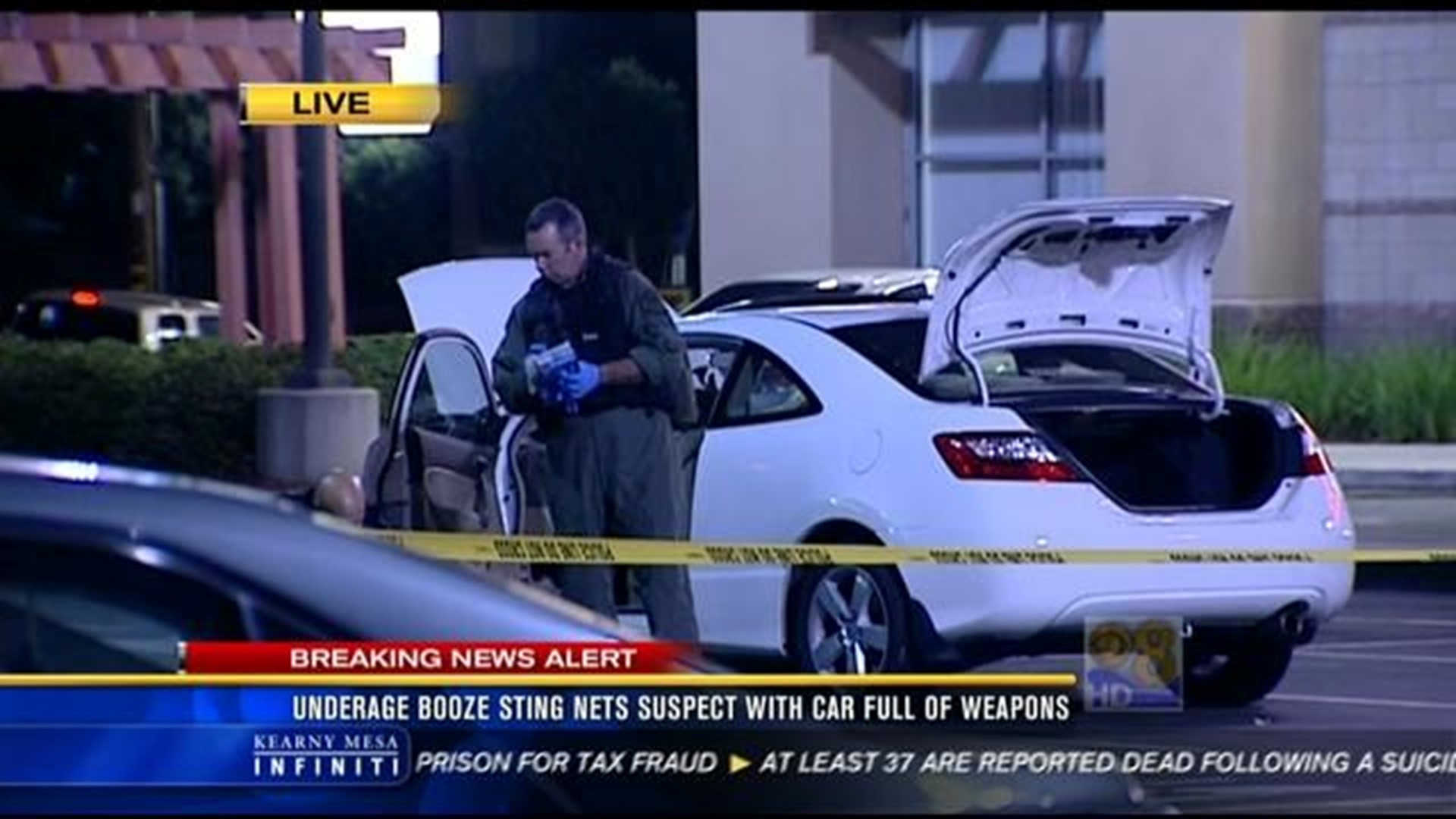 ROLANDO (CBS 8) - David Robert Moore III, a student at San Diego State, is facing a number of charges Saturday after police found at least nine firearms, including a pistol and a shotgun in his trunk.

The discovery was made around 7:30 Friday night in the parking lot of a CVS pharmacy on El Cajon Avenue and 62nd St.

Moore, 20, originally attracted the attention of undercover officers, while they were holding an underage sting targeting minors trying to buy alcohol.

Witnesses say, Moore opened the trunk of his white Honda Civic while two undercover officers followed him, revealing what appeared to be military-grade weapons inside including a modified sniper rifle, a military knife, and a variety of guns.

The officer's immediately handcuffed Moore while they called in back-up. He was given a field sobriety test while bomb-arson investigators swept the car looking for possible explosives.

San Diego State Police, USD Police and CHP were also in the area and responded to the scene.

Moore was arrested for suspicion of DUI. He may also face charges for the weapons as well.

Investigators say if the incident had happened earlier in the day, while First Lady Michelle Obama was visiting San Diego, the law enforcement response would likely have been much more severe.