Searchers make a final large-scale push to try and find a woman with Alzheimer's who has been missing for more than a week. 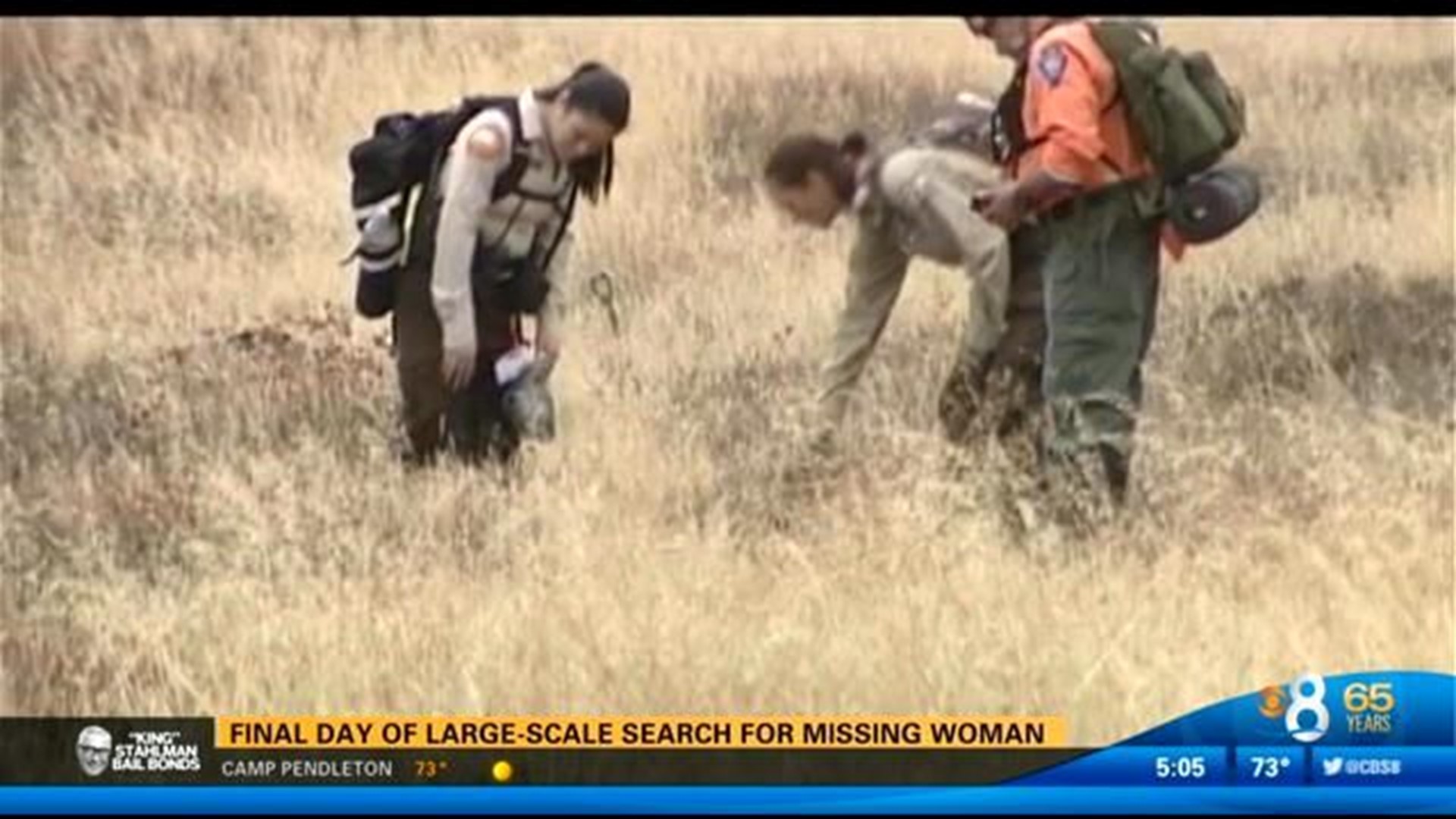 SAN DIEGO (CBS 8/CNS) - While a promising lead in the search for a missing 75-year-old woman with Alzheimer's did not pan out, search-and-rescue workers and volunteers are not giving up hope.

A report was received at about 3:45 p.m. Monday that Sally Estabrook, who has been missing for the past 10 days, may have been seen walking near Pomerado Road and Semillon Boulevard in Scripps Ranch.

Patrol officers and deputies searched the area with help from a sheriff's helicopter crew, and continued into the evening hours by going door-to-door, according to Sheriff's spokesperson Jan Caldwell

Hours into the intense search, officials determined that the woman spotted on Monday afternoon was actually someone else.

Over the weekend, volunteer search-and-rescue team members fanned out again around Pinezanita RV Park and Campground on Highway 79 in Julian, where Estabrook went missing on the afternoon of Oct. 4, apparently wandering off while her husband was taking a shower.

Her son-in-law, Dave Mustaine, frontman of the heavy metal band Megadeth, spoke at a news conference Friday, urging the public to keep an eye out for her and asking hospital, shelter and hospice employees to make sure Estabrook had not ended up at one of the facilities as an unidentified patient.

Estabrook is white, 5 feet 4 inches tall and about 145 pounds, with shoulder-length blond hair. She may be wearing a teal top and white Capri pants.

She tends to be uncommunicative but may respond to her name, according to sheriff's officials. Anyone who sees a woman matching her description is asked to call 911 immediately.