Court documents obtained by News 8 reveal new details about the investigation into the fatal shooting of a 10-year-old Scripps Ranch boy last Tuesday, as he and a 9-year-old friend played with a gun a 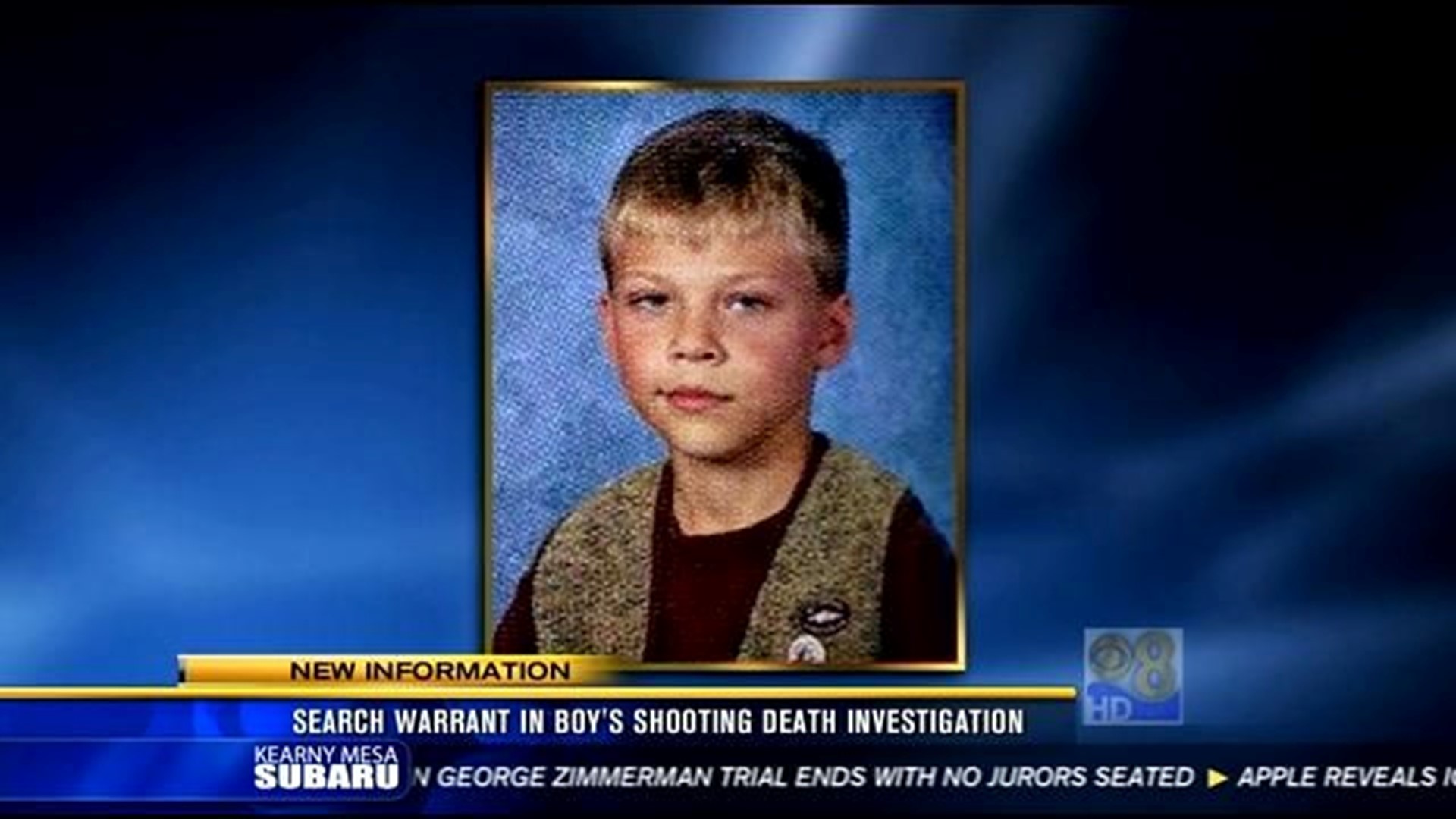 SAN DIEGO (CBS 8) - Court documents obtained by News 8 reveal new details about the investigation into the fatal shooting of a 10-year-old Scripps Ranch boy last Tuesday as he and a 9-year-old friend played with a gun at her house.

Following the tragic accident, the gun's owner, Todd Francis, told police "he had an unloaded 9-mm handgun inside a clear plastic storage container inside the garage," according to a search warrant obtained by News 8.

That garage referred to in the court document is where Todd Francis's 9-year-old daughter had been playing last Tuesday with Eric Klyaz when the gun went off, fatally striking the fourth grader in the chest.

At the time of the shooting, the Francis's 15-year-old son had been in charge of his younger sister who, according to one witness in a neighboring unit, was "screaming and crying for help" directly following the gun shot.

When their parents, Todd and Susan Francis, returned home, Todd told police, according to court documents, that "his children were not aware he had the handgun, or where he had placed the handgun."

That gun is identified in the warrant as a Sig-Sauer 9-millimeter handgun.

Investigators also learned Todd and Susan Francis were in the process of getting a divorce, and that Todd had temporarily moved back into the home before relocating to Ocean Beach, noting "several boxes and clear plastic containers stacked on top of the garage floor."

The documents also reveal that while Susan Francis had consented to having her home searched by detectives the night of the fatal shooting, Todd Francis had refused, saying "he wanted to speak to an attorney."

That prompted investigators to obtain the search warrant in the first place. One officer told a judge that he feared that if the Francis' home was not searched that same night.. Todd Francis or someone else could possibly "destroy or remove evidence before it can be collected."

The search warrant also reveals that, along with the 9-millimeter handgun, which had been wrapped in a white T-shirt, investigators also took from the home a spent 9-millimeter shell casing, a plastic holster, and several swabs of blood stains, as well as a Remington 870 shotgun.

The district attorney will now assess the evidence gathered in this investigation by police, to determine whether any charges will be filed against the gun's owner.