SeaWorld San Diego: 16 rescued after being stuck on the Bayside Skyride

Sixteen people seated in five gondolas were rescued Monday night after being trapped on SeaWorld's Bayside Skyride over the Mission Bay for several hours. 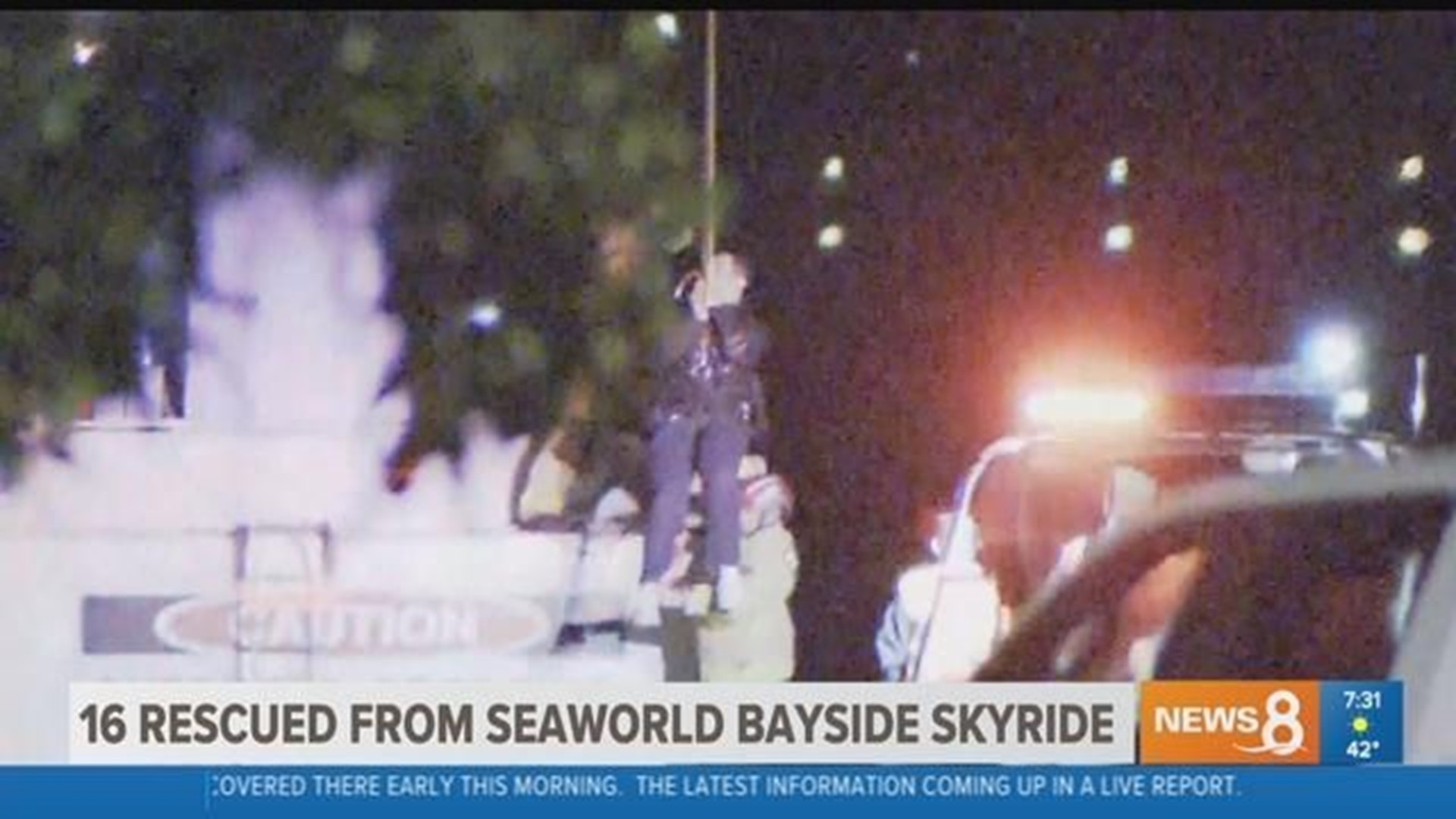 SAN DIEGO (NEWS 8) - Sixteen people were back on solid ground Tuesday after they were trapped for hours when a gondola ride at SeaWorld San Diego malfunctioned due to a large wind gust, according to the San Diego Fire Department.

Rescue crews were called in around 7:20 p.m. Monday after the Bayside Skyride malfunctioned and the first person was rescued at about 8:50 p.m., the San Diego Fire-Rescue Department reported.

According to the San Diego Fire Department, among the passengers were an infant and a partially paralyzed passenger who suffered a stroke last year. Firefighters worked for several hours to rescue those trapped above the frigid waters.

Lifeguards were also in position in the water below the aerial tram during the rescue.

According to SeaWorld, each gondola is equipped with blankets, and they were in contact with passengers via intercom. Further, SeaWorld said they informed passengers of evacuation procedures.

According to News 8's meteorologist Shawn Styles, water temperature in Mission Bay Monday night was around 58 to 59 degrees.

11 P.M.
All 16 passengers have been rescued from the Bayside Skyride.

10:30 P.M.
Technical Rescue Team firefighters have rescued 14 of the 16 passengers stuck on a gondola ride. They are being evaluated by medical crews as they are brought to a dock, according to SDFD.

9:30 P.M.
Two Juveniles have now been lowered by harness and rescued by San Diego Lifeguard boats. Nine adults and five juveniles remain, according to the San Diego Fire Department.

Guest safety is paramount.  Due to an unusual gust of  significant wind, the operations of the Bayside Skyride  stopped. A number of  guests are currently on the Skyride seated in 5  gondolas. We are currently working with San Diego Fire & Rescue and the San Diego Lifeguards  to evacuate the guests from the ride.  We practice emergency evacuation procedures with local first responders annually. We are in contact with the guests via intercom, and they have been made aware of the evacuation procedures. There are also blankets on board each gondola. Evacuations will be conducted in accordance with the highest safety standards. All the guests are currently safe while awaiting evacuation. Guest safety is our top priority.  Once our guests are cared for, we will conduct a thorough inspection of the ride prior to re-opening. We apologize for the inconvenience this has caused the guests. 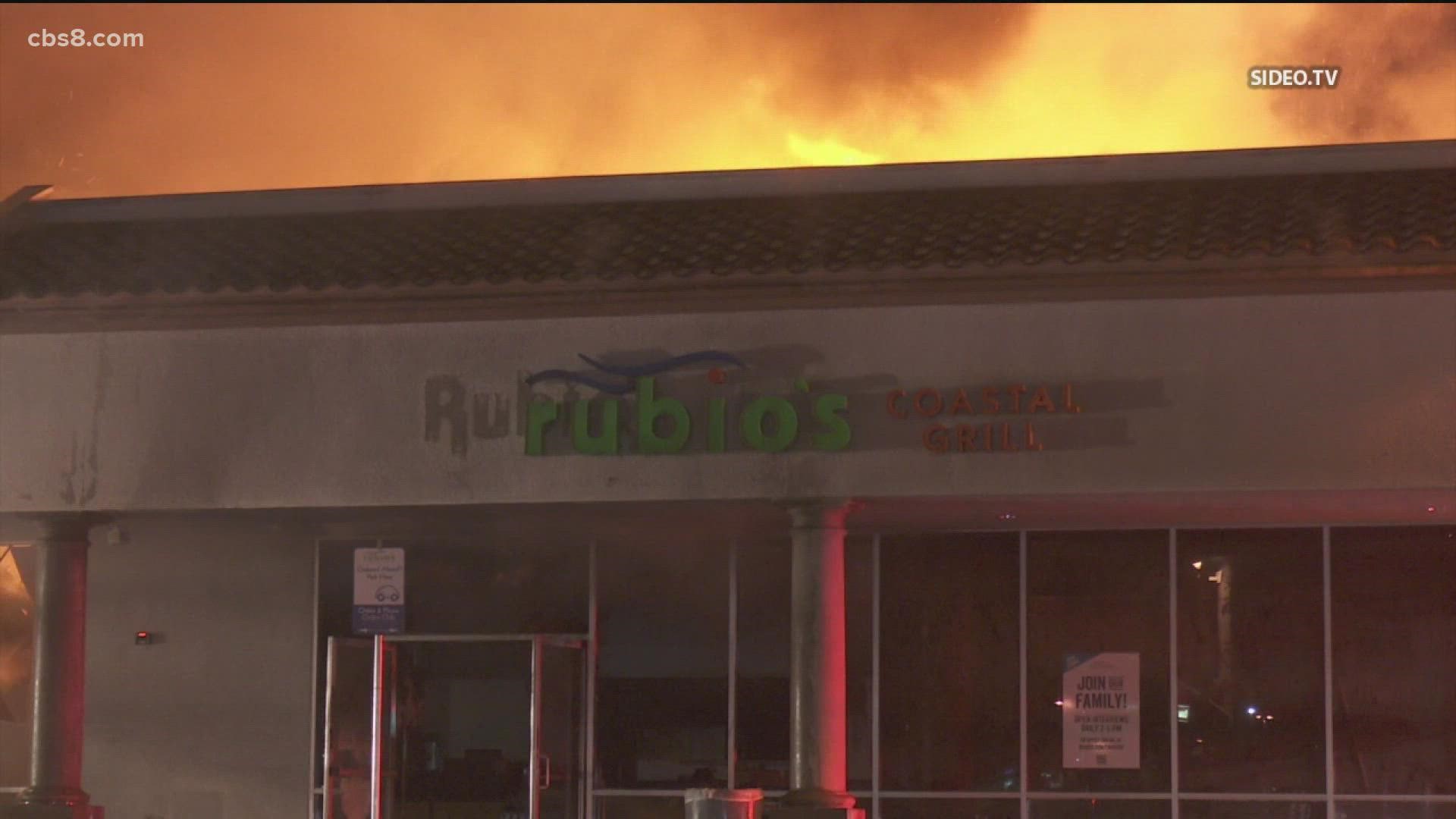