It's the final stretch of the race with Election Day quickly approaching.“This is a time when we remind people to vote,” said Scott Peters.“I've been going door-to-door on phones going to rallies,”... 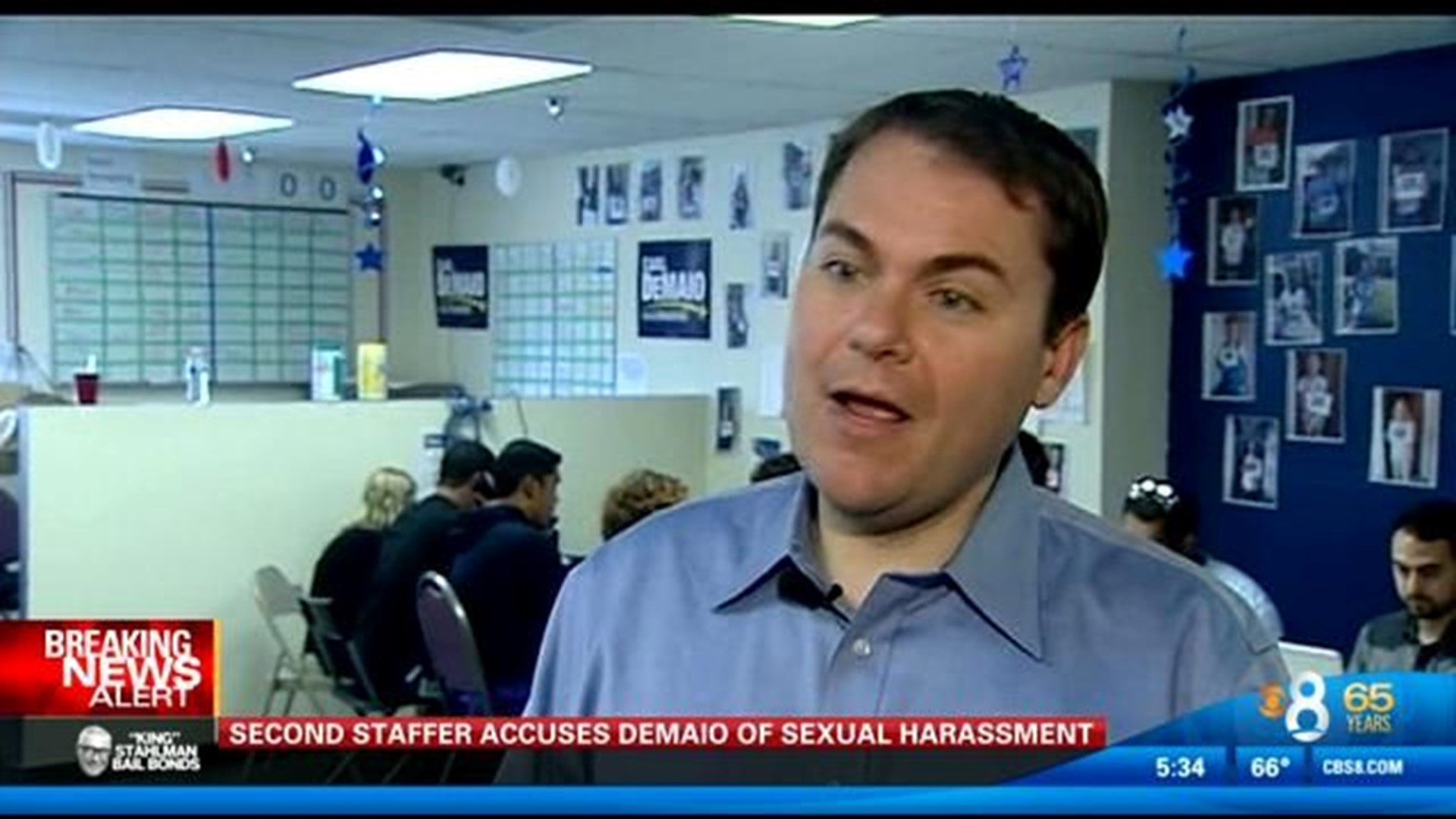 WARNING: Some of the content of this story and video may not be appropriate for some people.


SAN DIEGO (CBS 8) - More accusations of sexual harassment for
Carl DeMaio
have surfaced just days before the general election. According to KPBS, a second staffer has come forward with allegations against the candidate.


It's the final stretch of the race with Election Day quickly approaching."This is a time when we remind people to vote," said Scott Peters.


But
DeMaio
now has another mess to deal with, as another former staffer has accused him of sexual harassment. According to KPBS, a man named Justin Harper, 25, is accusing
DeMaio
of sexual misconduct inside a bathroom at his campaign headquarters.


He claims it happened in July. He says he was at a urinal and he heard someone approach him. He claims when he turned around,
DeMaio
was standing there touching himself.

At a news conference Monday, DeMaio tried to fend off allegations from a second ex-campaign staffer that he engaged in sexual misconduct. He said the accusations are being orchestrated by the Peters campaign in reaction to the latest poll results.

"This is the sign of a desperate politician trying to hang onto his job," said DeMaio, who called the allegations "a character assassination attempt."

According to KPBS, Harper has ties to fired staffer Todd Bosnich. Back in October Bosnich made national headlines after he also accused
DeMaio
of sexual misconduct. The District Attorney's office declined to charge
DeMaio
due to lack of evidence.


Meanwhile
DeMaio
's camp is accusing Bosnich of vandalizing their campaign office back in May, though the police never charged him with the break-in.

Peters is denying any connection to the allegations.

"No one in my campaign had made these accusations. They were accusations by two members of his staff who they considered a hero. It's time for him to come clean with voters and tell the truth," Peters said.

Harper has since moved out of the state, and could not be reached for comment.