Marijuana is legal in California but local grow operations are just now getting fired up. 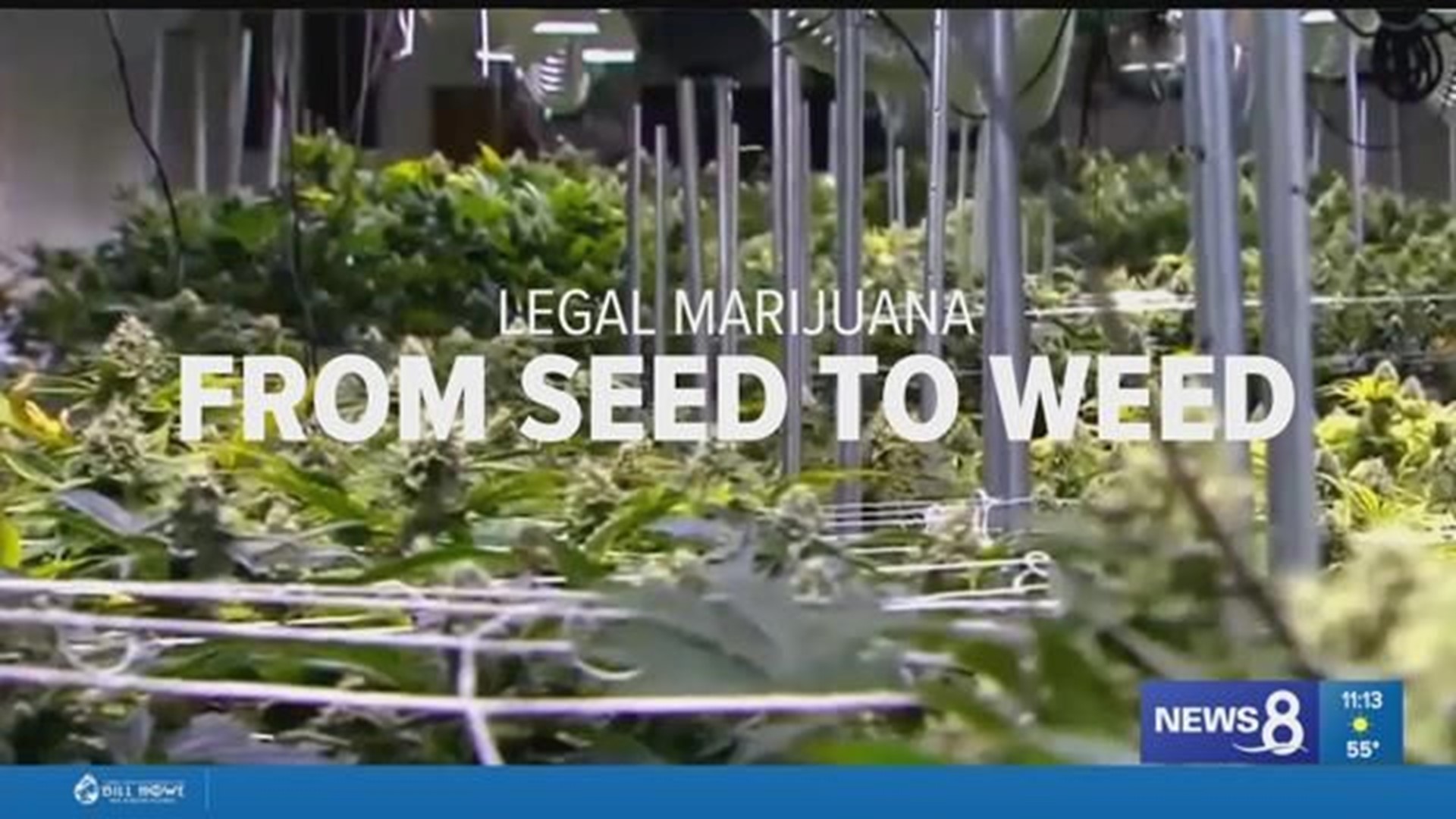 SAN DIEGO, Calif. (NEWS 8) -- Marijuana is legal in California but local grow operations are just now getting fired up.

It takes a lot of work and money to grow legally from seed to weed.

The blueprints are all laid out at the future home of Grizzly Peak Farms in Kearny Mesa.

The company’s 8,000 square foot warehouse will soon be packed full of marijuana plants.

“We project we'll do anywhere from $3 million to $4 million in gross sales out of this facility alone,” said David Gash, a managing member of Grizzly Peak Farms.

The costs of building permits, inspections and conditional use permits all add up.

“We had to go through mechanical, electrical, structural, public works.  We had to modify our parking for handicapped.  I mean it just goes on and on.  It has been a year and a half of hard work,” said Gash.

The pot has to be tested and certified before it can be sold in stores.

“They test for potency, pesticides, heavy metals; I mean there is the full gamut.  It's very stringent testing.  It's my understanding we're testing more on marijuana than the food we eat,” Gash said.

Advocates of legal marijuana say all that testing and licensing red tape make the product safer for the public, whether for recreational use or medical use.

It also makes the product more expensive, with up to 30 percent of the retail cost of marijuana going to state and local taxes.

The legalization of marijuana in California also is having an effect on small farmers.

“I grew a bunch right here on the deck in pots.  I had about 18 on this deck,” said Steve, who did not want his last name used in this report.

The former pot farmer used to grow small batches of high-quality weed at his home in Topanga Canyon in Los Angeles County.

“We were marginally legal, the rules were being made,” he said.

Steve didn't grow this year because there's no longer any demand.  Thanks to legal marijuana and retail pot outlets, prices on the black market have tanked.

“You can grow it here on the black market but to really sell it for a good profit I think you're going to have to take it out of state to an illegal state,” said Steve.

“I think that the state and the county are greedy on their fees and licensing.  They really don't have a concept of what it takes to do this and how labor intensive it is,” he said.

Nowadays, Steve is literally giving away his pot to friends.

“We, the small guys that risked our freedom over the years, developed a market and a product, now it's being turned over to the corporate world,” Steve said.  “I got more pot than I know what to do with.”

News 8 asked the City of San Diego exactly how many marijuana grow operations were up and running within city limits.  A spokesperson was unable to give us a specific answer.

The city lists the addresses of permitted Marijuana Production Facilities in San Diego, however, those facilities may or may not be involved in growing pot plants.

Grizzly Peak Farms in Kearny Mesa expects to be growing plants in about six months.