Series of DUI-related crashes and pursuits

A warning Sunday for drivers as authorities work to keep our roadways safe this holiday weekend. 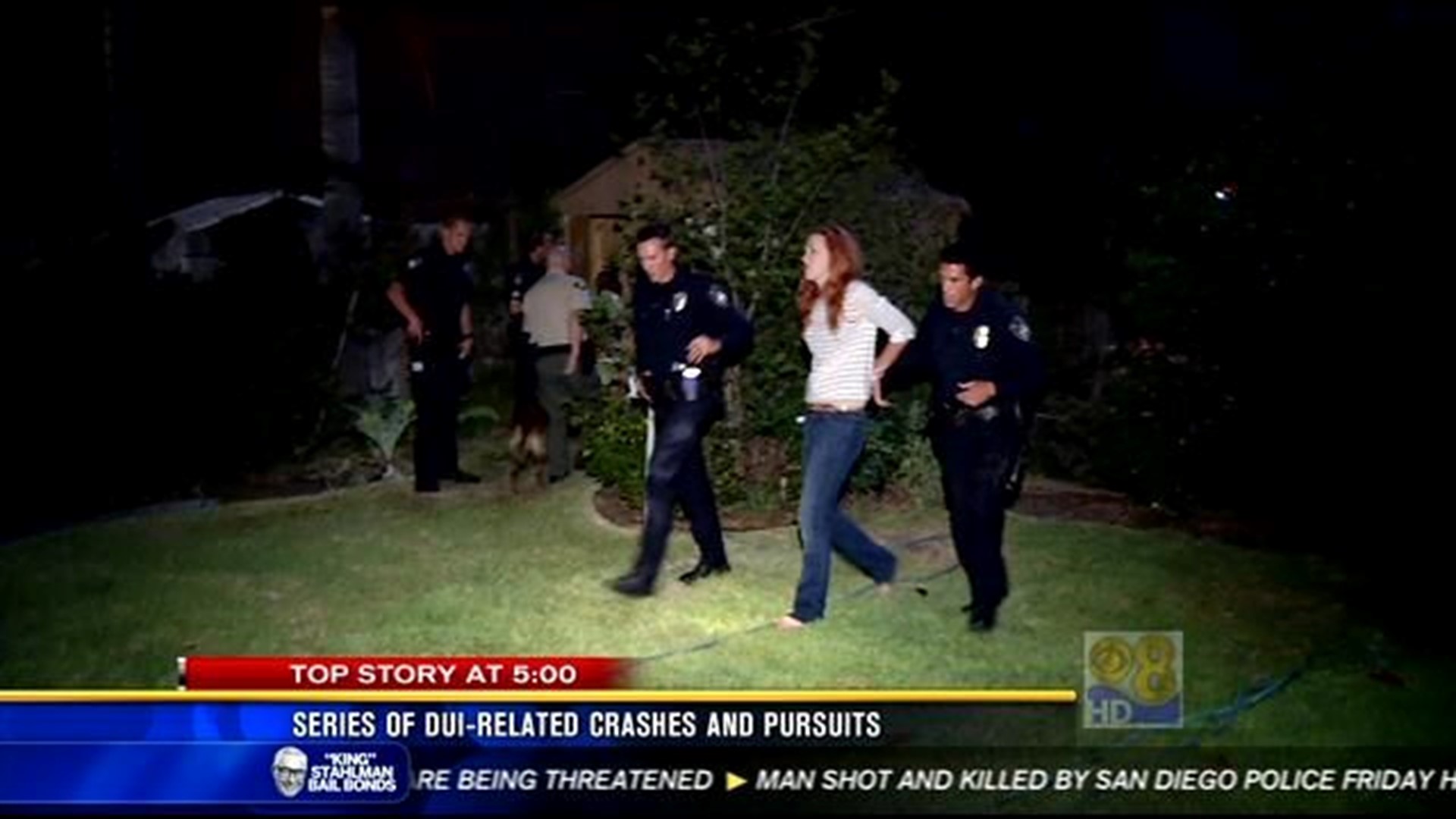 SAN DIEGO (CBS 8) - A warning Sunday for drivers as authorities work to keep our roadways safe this holiday weekend.

Law enforcement has beefed up patrols as part of their maximum enforcement aimed at cracking down on drinking and driving.

But there are some drivers who don't heed the warnings.

Memorial Day weekend is already off to a dangerous start on the local roadways as a series of DUI-related collisions and pursuits happened overnight.

"Memorial Day weekend is one of our top for DUI enforcement and unfortunately for collisions and arrests," said CHP officer Brian Pennings.

Saturday night starts with a DUI-related collision in University City. A driver causes a car crash and knocks a light pole down at Genesee Ave. and Radcliffe Ln. around 10:30 p.m.

There were no major injuries, but a man was arrested after failing a field sobriety test.

About an hour and a half later in Ocean Beach, San Diego police say a man almost runs over two officers as he runs a DUI checkpoint at Sunset Cliffs Blvd. and West Point Loma Blvd.

Officers were able to stop the car with spike strips. He eventually pulled into a parking lot and surrendered.

Yet another DUI arrest despite numerous early warnings from law enforcement to not drink and drive.

"We keep doing this over and over again. Why doesn't the public seem to get it? I wish I had the answer to that," said Pennings.

About an hour later in Lemon Grove, police say a drunk driver caused a three car crash at Buena Vista Ave. and Broadway.

One car involved tried to avoid the wreck and careened down the street. Its driver reportedly jumped out of the vehicle before it crashed into a building.

She only suffered minor injuries. But the drunk driver that caused the wreck and another person were both transported to the hospital.

Just minutes later, before 2 a.m. in El Cajon, police say a woman also failed to stop for police leading them on a high speed chase, reaching speeds over 100 mph. She ditched the car and tried to hide in a backyard.

A Sheriff's helicopter and K-9 unit found her behind a shed. Why she tried to run is unknown, but she too was under the influence.

There have been no fatalities on San Diego area roadways so far this weekend and officers are hoping to keep it that way.