Nearly a year after he was stolen from a Vista backyard, a service dog has been found in Texas. 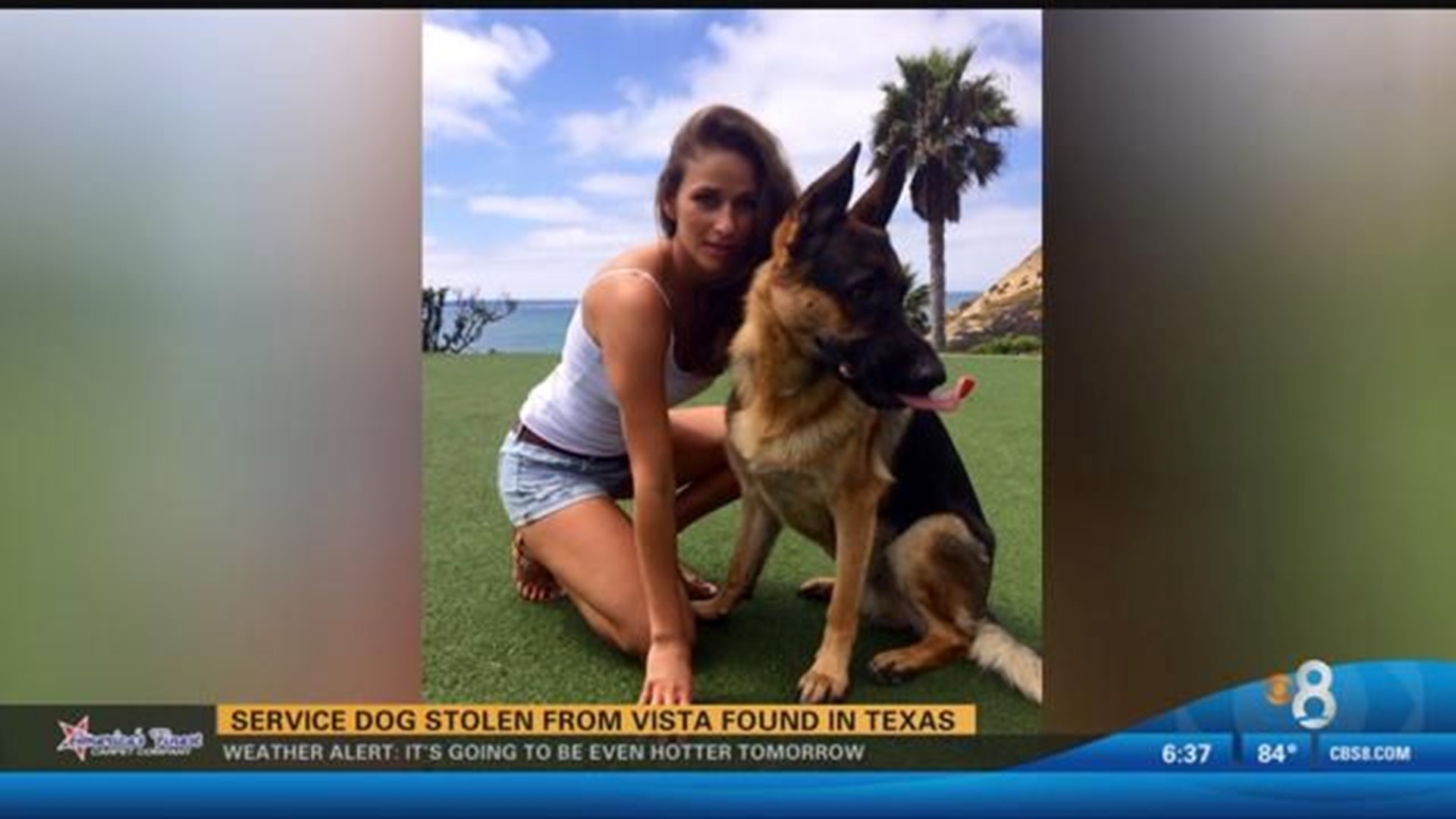 SAN DIEGO (CBS 8) - Nearly a year after he was stolen from a Vista backyard, a service dog has been found in Texas.

CBS News 8 first reported about Kai back in December.

The trained service dog belongs to former Marine Alexandra Melnick and was last seen in her backyard on December 10th.

The San Diego Sheriff's Department investigated the theft and Melnick also set up a Facebook page to search for Kai.

Last week, she received a tip letting her know the dog was in Aubrey, Texas.

"I understand that the Marine actually flew back to Texas, met with the Sheriff's department back there, and they have confirmed through a microchip that this is, in fact, Kai," said Jan Caldwell, from the San Diego Sheriff's Department.

Kai is now with animal control officers in Texas. A property hearing is scheduled to determine ownership of the dog.

Authorities said they still do not know who stole Kai.