Have you ever wondered how safe your home is when it comes to being in an earthquake? 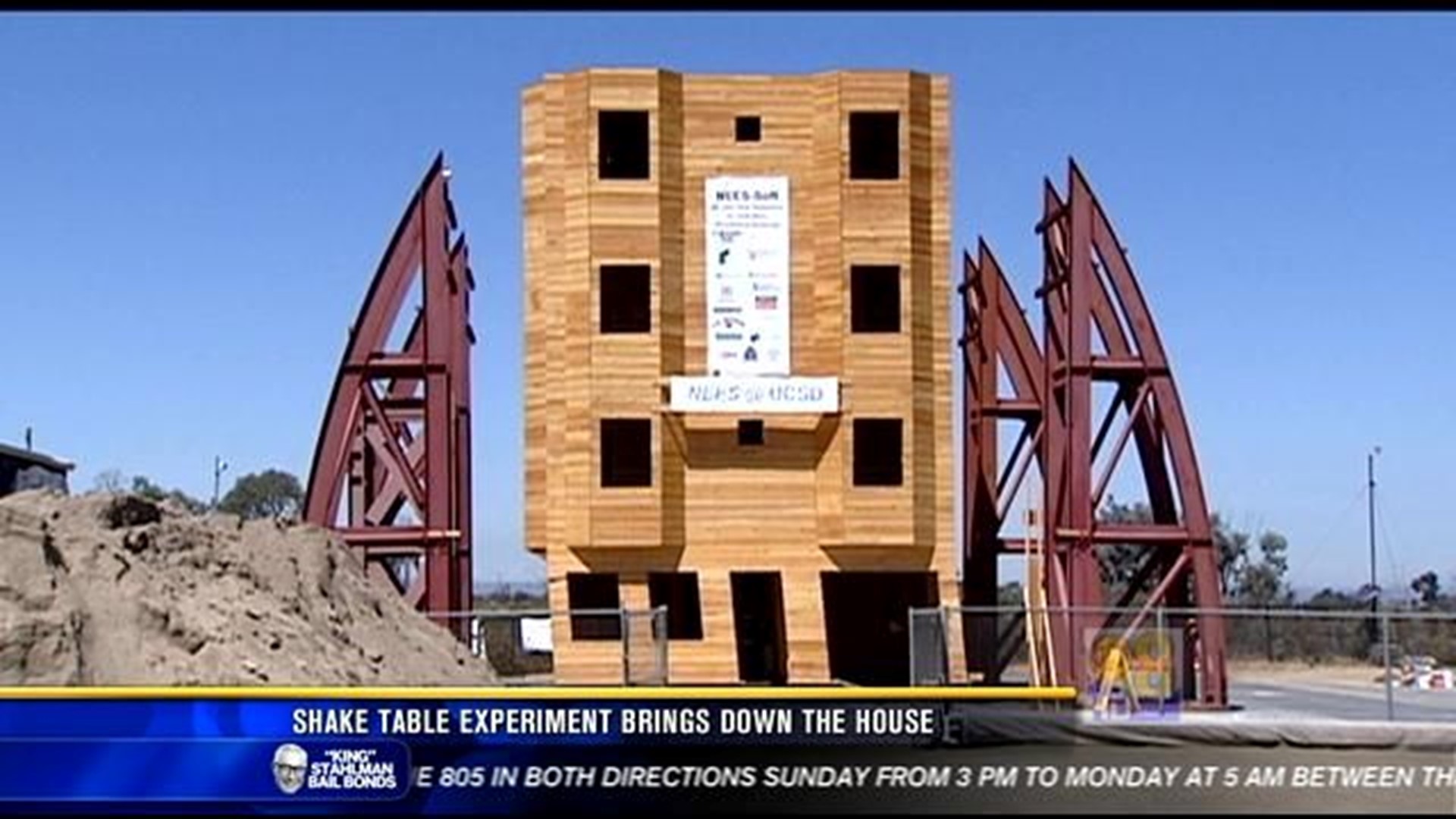 SAN DIEGO (CBS 8) - Have you ever wondered how safe your home is when it comes to being in an earthquake?

Well researchers at UC San Diego, along with four other universities, have been working on an experiment to test just that.

And the results, they say, could help save lives.

There isn't a foolproof way to know when an earthquake will hit. But, that wasn't the case Saturday during a planned experiment at UC San Diego.

After several tests, some movement, and a lot of anticipation, the wood-frame structure finally collapsed.

The multi-story building is part of an ongoing project amongst five universities to try and figure out how to make similar structures safer during a real earthquake.

"For the past month, we have been testing out different retrofit strategies and so there have been four weeks leading up to today," said retrofitter Steve Pryor. "For today's test, we removed all retrofit elements from the bottom so that it would behave like it would in the real world."

The results, say researchers, have been both surprising and impressive.

"What I found to be the most interesting was that the building could actually withstand 19 inches of drift, and gravity still didn't grab it," he said.

The point at which it did fall simulated the 1987 superstition hills quake magnitude 7.4.

"We've learned that wood buildings are very resilient," he said. "You notice there were several earthquakes in the beginning and it absorbed those."

While this one, built around the 1900's design commonly seen in San Francisco, was resilient, we've seen what can happen without retrofit.

Many of them collapsed in the Marina District during the 1989 earthquake.

And thanks to a mandatory retrofit ordinance they need to fixed, which is where Saturday's test comes in.

"We'll learn a lot, there's never been a test like this," he said. "This size anywhere in the world, so the first test of its kind."

Researchers will compare the test they did Saturday using a home without retrofits and compare to other tests they've done where retrofits were included.

They'll use those results and present them to people in the engineering field.