From shark bites to close encounters, the California coast has seen a lot of shark activity lately. 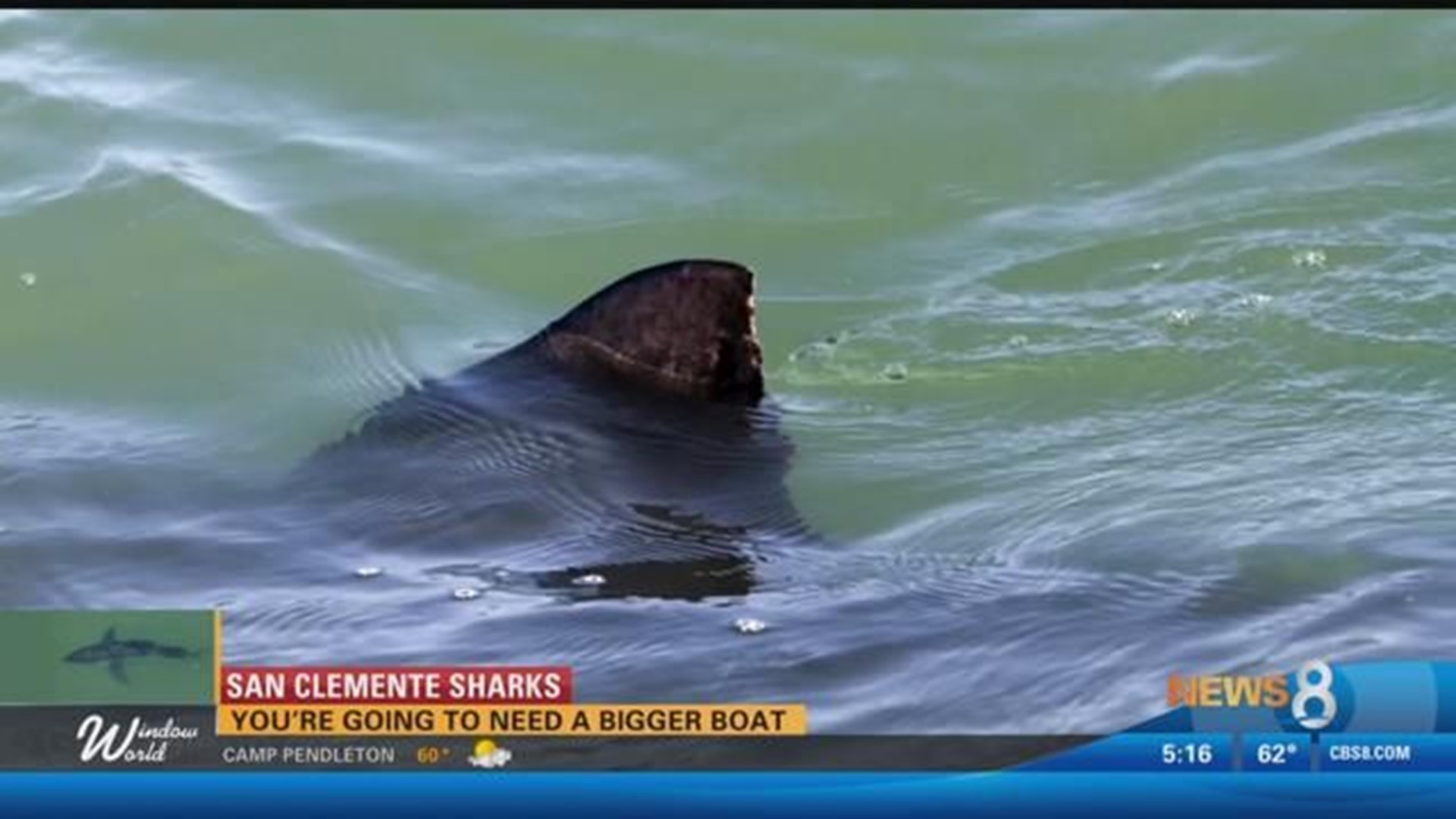 From shark bites to close encounters, the California coast has seen a lot of shark activity lately.

While it's too close for comfort for most beachgoers, others are drawn in by the great whites.

"It was pretty neat being close to them," said Geoff Glenn.

On Saturday afternoon, a drone spotted Glenn and a friend in their boat off Capistrano Beach as 2 juvenile great whites circled.

"It was about 2-3 feet [away], I could've reached out, he was just under the surface, he went right under, while we were stopped, and he cruised right under the boat," said Glenn

Glenn estimates they were about 6 to 8 feet long.

He grew up in these waters, but has never been this close to sharks.

"Pretty stoked, pretty adrenalized, to get some photos," Glenn said. "I've been on the water my whole life and only seen them a couple times."

The encounter isn't far from San Onofre Beach where 35-year-old Leeanne Ericson was attacked on April 29.

Since then, dozens of sharks in the area have been spotted by drones and sheriff department helicopters.

Since Glenn is familiar with sharks and their behavior, he never thought he was in any danger.

"They were super mellow, just cruising around real slow, hanging in that same spot," he said. "It was pretty cool seeing them, move through the water and how graceful, you can tell they how powerful they are - you can definitely tell they can move."

Glenn and other marine experts have said the sharks are probably just looking for food and it's a sign that the ocean is healthy.

Whether they were there for the nutrients, or just intrigued by his boat, Glenn says he never got the sense the sharks were there to cause him harm.

"They were definitely not interested in us, they were super calm," he said.