There is a way to keep beachgoers safe from predators in the ocean, and a legendary surfer is getting behind it. 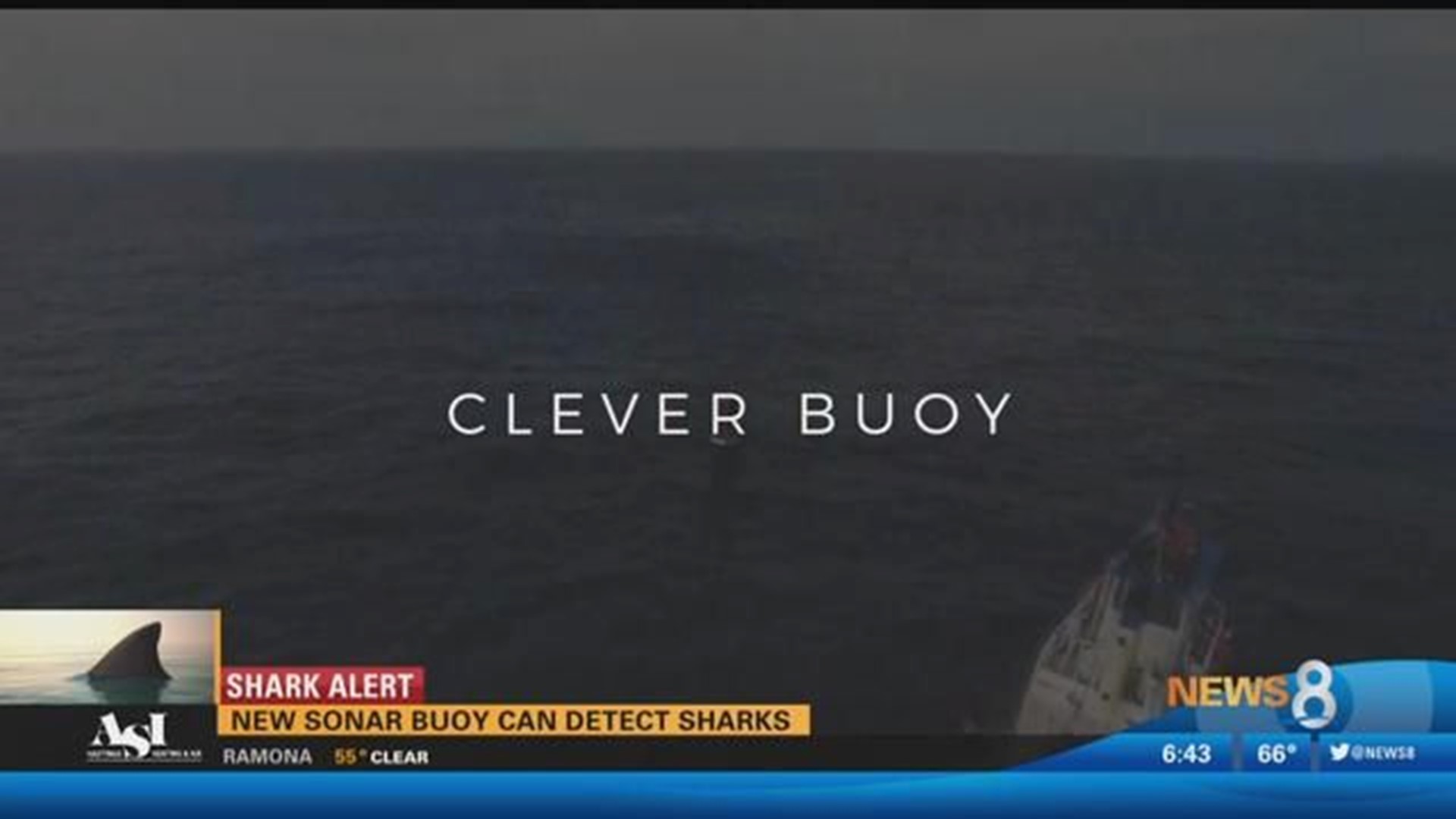 SAN DIEGO (NEWS 8) – There is a way to keep beachgoers safe from predators in the ocean, and a legendary surfer is getting behind it.

The new shark detection system would identify potential threats and send a real-time alert to authorities.

Currently, there is no way to warn people of a shark in the water, unless a spotter or someone else actually sees one.

The Clever Buoy uses underwater technology to detect a shark long before it has the change to swim up under anyone’s surfboard.

Shark fears compounded by a string of shark sightings and attacks off the California’s coast prompted former world champion surfer Ian Cairns to seek out the Clever Buoy.

The Clever Buoy is an eco-friendly marine monitoring system that can detect sharks hundreds of yards into the ocean using sonar technology and pattern recognition software.

“Is it a dolphin? Is it a seal? Oh, no it swims side to side – it’s a shark and that’s when it issues a warning,” said Cairns.

By sending an alert to lifeguards via an app and text message, lifeguards can the warn beachgoers while also tracking the shark via GPS.

The Clever Buoy is already being tested in Australia. Cairns hopes it is not too long before they are used in San Diego.

“This is about saving lives and it’s helping protect the economic viability in all of these tourist towns where we live,” he said.

Cairns said they have begun the process of getting permitted to put a Clever Buoy at Corona Del Mar Beach.

The company started a fundraising campaign to help with the process.