Cellphone video captured by a helicopter pilot on Wednesday shows a shark snacking on a seal in the waters off La Jolla shores – not far from swimmers and kayakers. 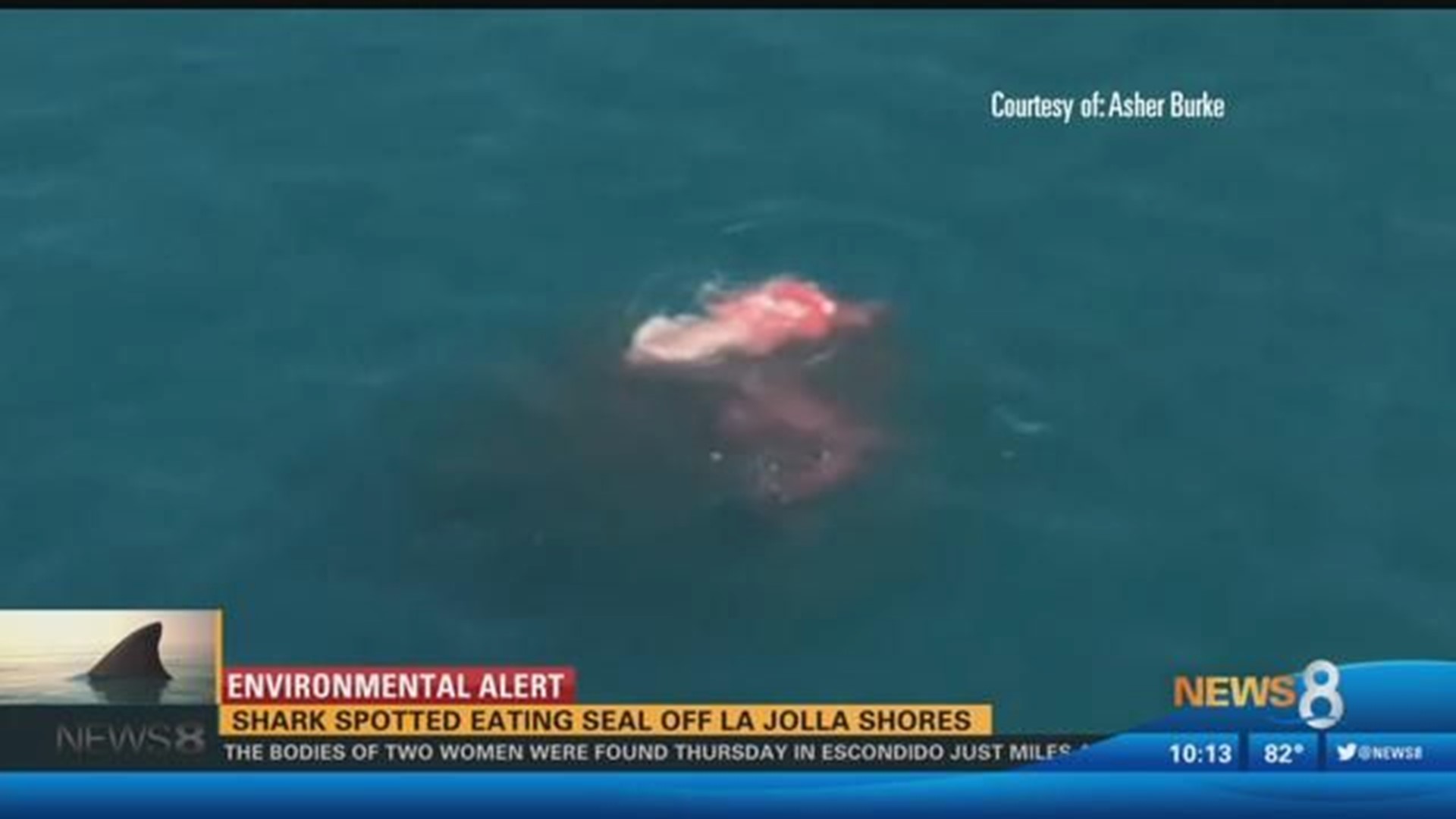 SAN DIEGO (NEWS 8) – Cellphone video captured by a helicopter pilot on Wednesday shows a shark snacking on a sea lion in the waters off La Jolla shores – not far from swimmers and kayakers.

Student pilot Asher Burke said he and his instructor saw a red blotch of water. “You could see it, splashing and a huge silhouette of a shark.”

Cal State Long Beach shark lab professor and director Dr. Christopher Lowe confirmed it was a shark. “Based on the proximity to the shoreline, probably more likely a white shark. Although, there is a possibility it is a big Mako.” Dr. Lowe believes the shark was just feasting on a sea lion.

“You could almost see a breach. You can see a big splash. The red is already there so the initial hit was already made,” said Dr. Lowe.

According to Burke, swimmers and kayakers were about 40 to 50 feet away – near the blue and white markers in front of the La Jolla Beach and Tennis Club. “We kind of zoomed over there and I am sure we looked like lunatics, waving out for them to stay away. Thankfully, they got the message.”

Lifeguards were notified and told News 8 they could not make out if it was a shark or not. They did not post a warning. “The reality is the shark just got a good meal and therefore may not have to feed again for quite some time,” said Dr. Lowe.

Burke said he swam with sharks before, but he was in awe watching the shark feast. “I think that is a once in a lifetime opportunity.”

With warm waters oceanographers are seeing hammerhead and Dorado fish along the southern California coast which are usually seen in the sub-tropics or during an El Nino year.