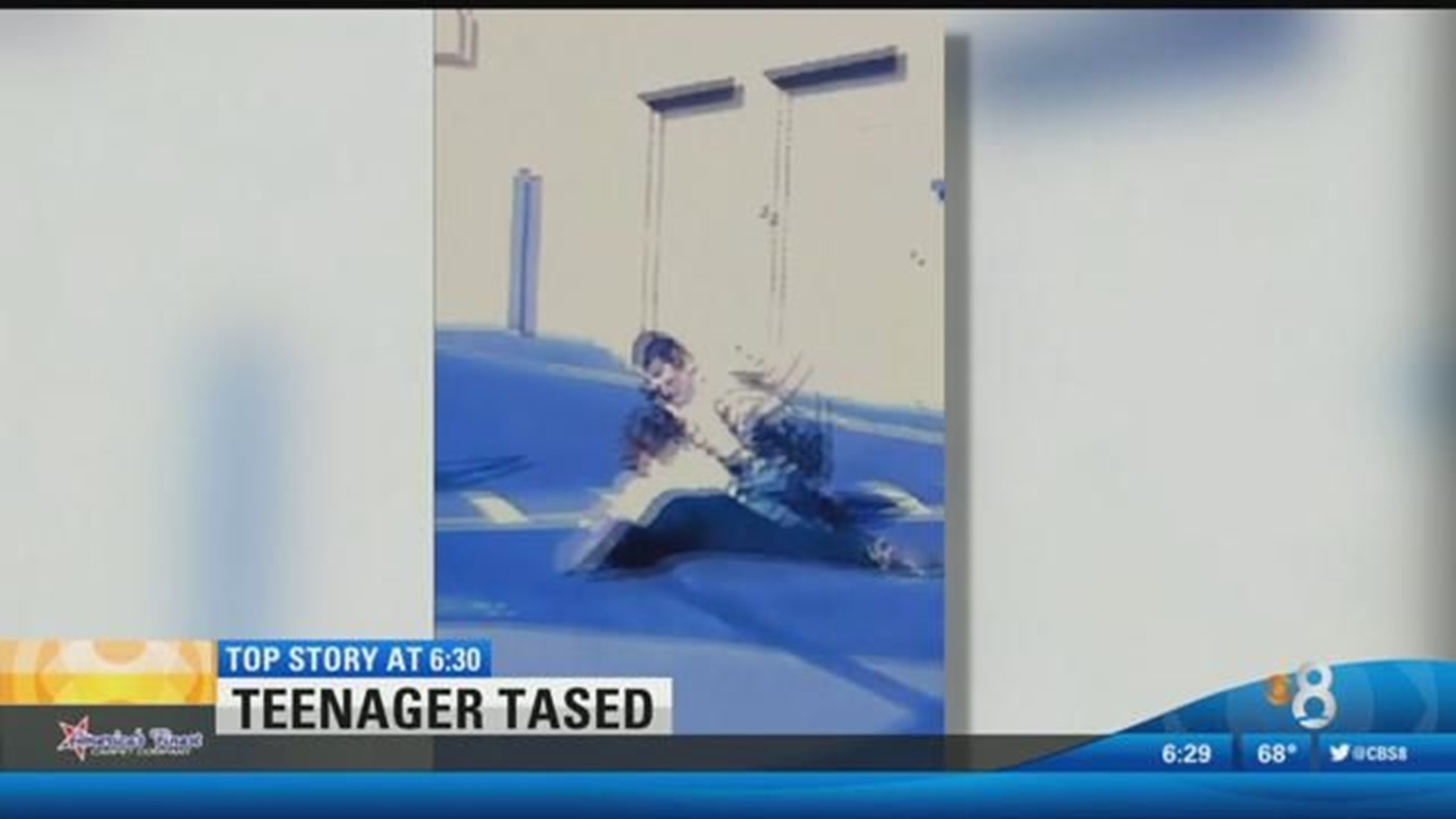 The incident happened Saturday in a parking lot behind a shopping center. According to the sheriff's department, the 13-year-old boy was a runaway and his mother had contacted the department asking for them to track him down. The mother gave deputies a picture of her son and told them of several hang out spots where they might find him.

One deputy located the boy. Witnesses recorded the confrontation between the deputy and the 13-year-old, however, cell phone video does not show the initial meeting between the two.

In the video, a San Diego sheriff's deputy can be seen trying to handcuff the boy. The deputy can also be heard ordering him to put his hands behind his back. Moments later, the deputy tases the boy.

Witnesses can be heard screaming in the video and the boy's legs appear to be shaking. Eventually, the boy stands up, now handcuffed, and he's placed in the back of a squad car.

One witness said that the deputy "tased him while he was choking him."

“It is not a choke hold. It is not carotid restraint. It is simply keeping him still. He does tase him. He is trying to use less lethal force to bring the situation under control," said San Diego County Sheriff's Department spokesperson Jan Caldwell.

The sheriff's department says they were simply trying to find the woman's son after she had contacted them.

"She said that her son had been missing for about a day and a half," said Jan Caldwell.

Jan Caldwell also said that when the deputy located the teen, he tried to take him home, but the teen refused, gave him attitude, and bit the deputy on the hand during the confrontation.

"The deputy reached out to him at that point and he became combative and assaultive. He had his hands in his waistband part of the time so we didn't know if he had a weapon or a knife or a gun," said Jan Caldwell.

According to witnesses, the deputy asked for their phones and deleted videos they had recorded of the incident. The sheriff's department says they are unaware of that, but they will look into whether or not the deputy deleted any video recordings during their own internal investigation.

The teen, who is back with his parents, faces one felony charge of assault on a peace officer.

The sheriff's department has not released the name of the deputy who will remain on active duty while the investigation continues.