A group attempting to bring professional soccer to San Diego kicked off a signature drive Wednesday aimed at getting the proposal in front of the city council. 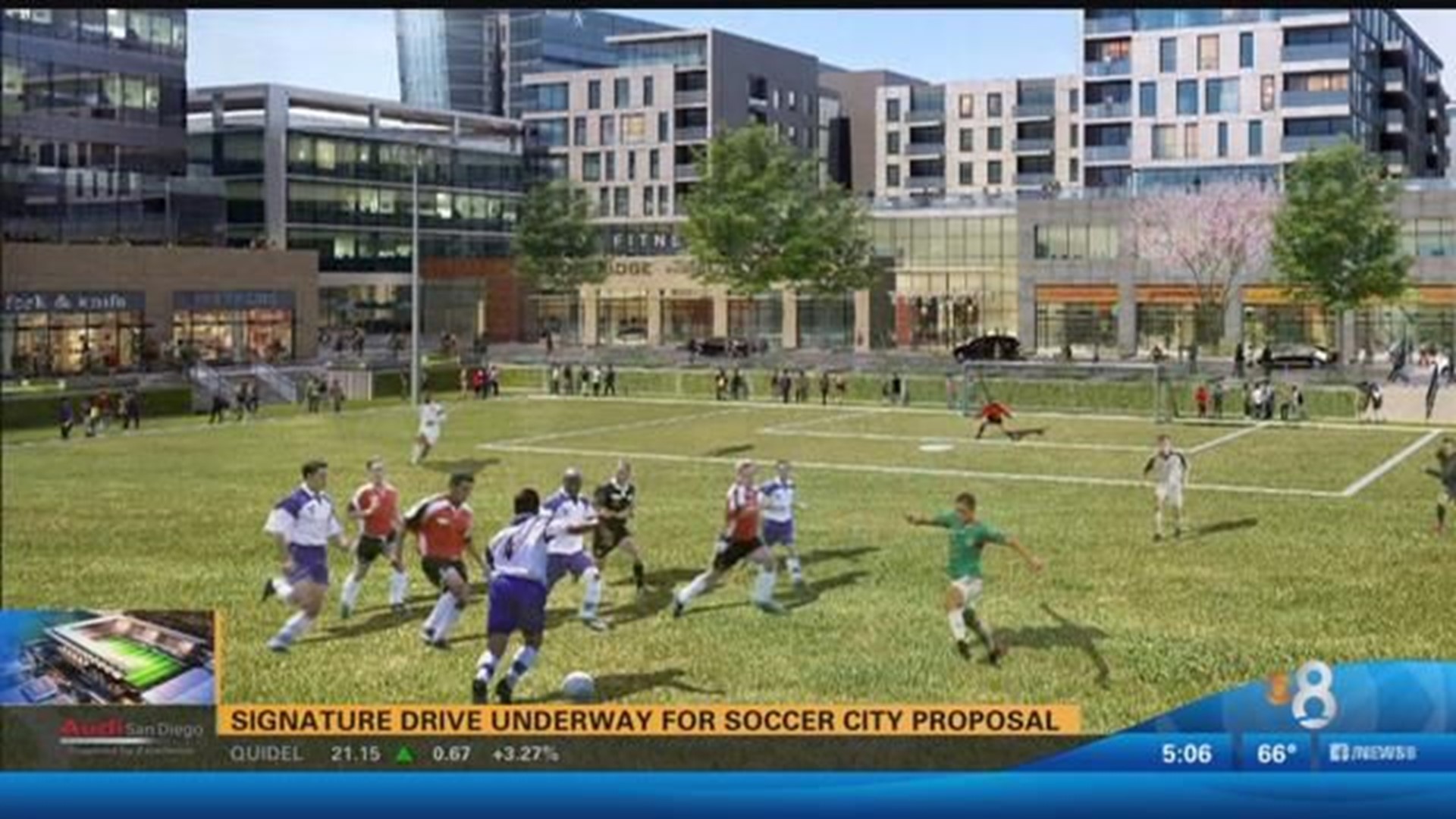 SAN DIEGO (CBS 8) — A group attempting to bring professional soccer to San Diego kicked off a signature drive Wednesday aimed at getting the proposal in front of the city council.

The plan by a group calling itself GoalSD wants to use the Mission Valley property at the site of Qualcomm Stadium.

A river park that spans 55 acres, community soccer fields, a series of office buildings, a space for an NFL stadium - if a new team wants to move here - and a whole lot more is proposed in the SoccerCity plan.

"Good retail, great food, good nightlife and then housing on the top dotted throughout the site," said developer Nick Stone.

Hidden throughout the 166-acre redevelopment plan are more than 16,000 parking space

"We're actually trying to re-purpose the existing Qualcomm bowl to create underground parking in the middle of the site," said Stone.

Of course, for Stone the crown jewel of this whole thing is a state-of-the-art, 30,000-seat stadium to host a brand new MLS soccer team. He strategically showed the latest rendering of his plan from a vantage point overlooking a very deserted looking Qualcomm stadium.

"That parking lot is a waste of a civic asset," Stone said.

But before stone's vision can become a reality, his development group has to gather over 71,000 valid signatures from city residents - and they only have 60 days to do it.

Then the plan moves on to the city council, which Stone hopes will approve it in late June/early July - without asking for a public vote.

The plan must be approved by late fall to be awarded an MLS team in its next round of expansion - no plan, no team - and the whole deal falls apart.

Abraham Lopez who was one of the first to sign at the petition drive said soccer is better than American football and thinks the plan will bring world class soccer to our city.

April Boling - the former chair of the San Diego County Taxpayers Association - likes it for a different reason.

"This is a plan that is going to be self sufficient. They're buying the property at fair market value," said Boling. "It's a fixer upper, they're going to put a bunch of money into it [and] they have the money to put into it..'

The developer says he can make this all happen - with no public money.