The first sinkhole discovered in February is located in the back of the campus. A second sinkhole opened in May near the basketball courts and portable classrooms. 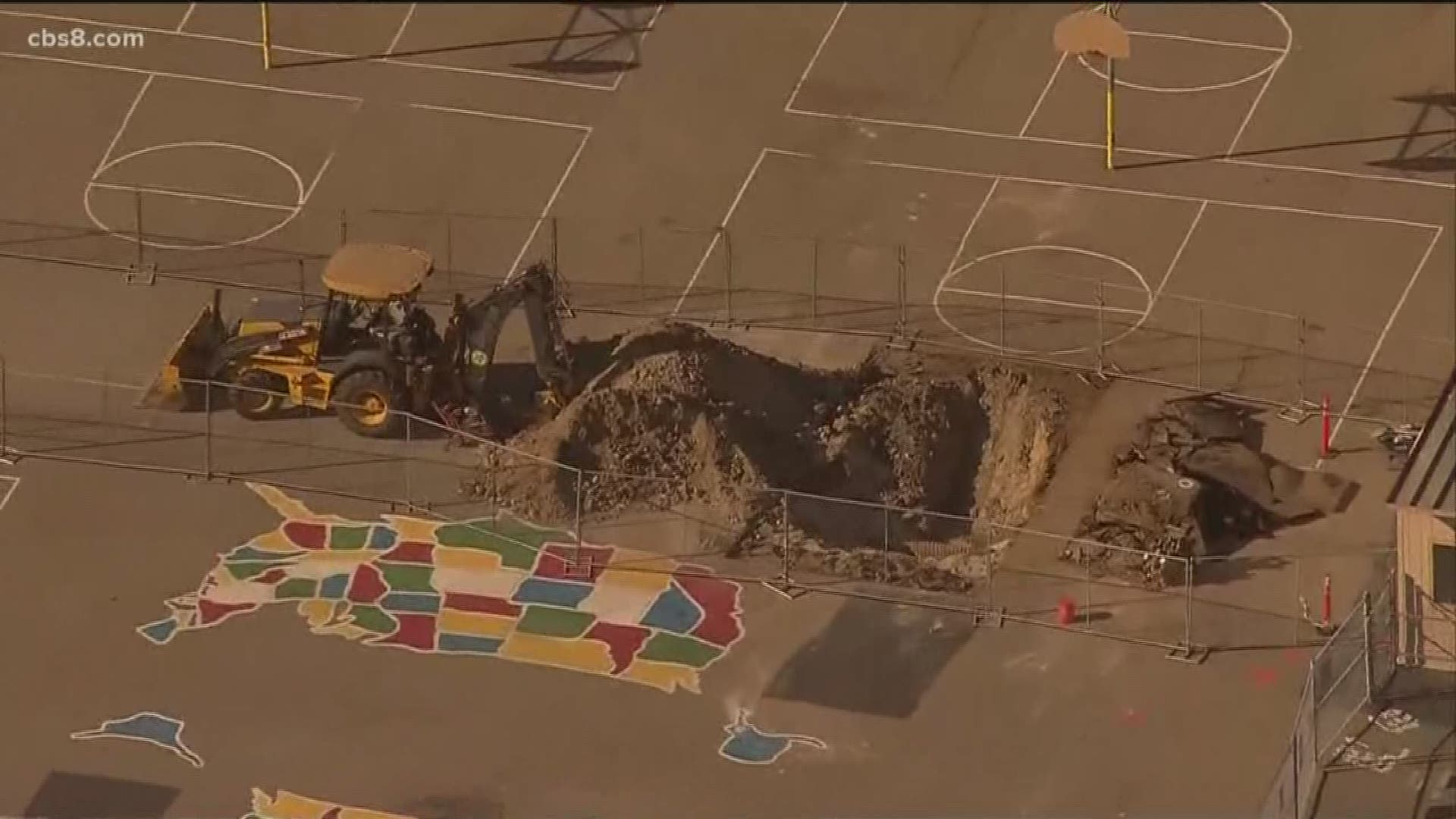 SAN DIEGO — Three weeks before the school year is set to start, the Oceanside Unified School District is relocating 369 students from Garrison Elementary School to San Luis Rey Elementary School because of several sinkholes on the Garrison campus.

The first sinkhole discovered in February is located in the back of the campus. A second sinkhole opened in May near the basketball courts and portable classrooms.

“I am kind of sad that Garrison is having all these problems and we have to change different schools,” said fourth grade student, Atzel Gonzalez.

Repairing the sinkholes could take months as geologists investigate what is causing them to open. The school district said it is not underground pipes causing the depressions.

Below is the presentation on reorganizing Garrison because of the sinkholes.

Some parents said they are worried about transportation because San Luis Rey Elementary is eight miles away, or a 45-minute walk, from Garrison.

There are also 100 students with special needs who will also be relocated to San Luis Rey Elementary.

A San Luis Rey Elementary father, Chipper Settle, said the school will be crowded, but they will welcome the new students.

“I think both schools are going to come together and make the best of a bad situation where the facility is sinking,” he said.

An Oceanside resident said, “it is a disgrace what the unified school board has done, and I am embarrassed by it.”

It remains unclear how long students will be relocated.