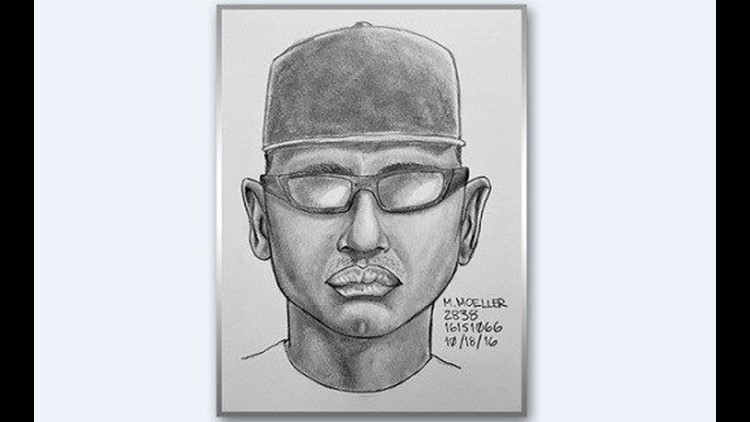 SAN DIEGO (CNS) - Authorities asked the public Wednesday for help in identifying a man who grabbed a young woman on an East County roadside in an apparent abduction attempt.

The 18-year-old victim was walking near Mast Park on Carlton Hills Boulevard in Santee when a silver sedan with two men in it began following her about noon Oct. 6, according to sheriff's officials.

As the car neared, the passenger started making lewd comments to the teen, prompting her to walk faster. The driver then sped up, as well, and the victim ran to her nearby car.

As she was trying to get into her vehicle, the sedan pulled alongside her again, and the passenger reached out and took hold of one of her arms.

She was able to break free of the man's grasp, get into her car and lock the doors. The men then drove off.

The teenager described the assailant as a black man in his 20s or early 30s, wearing sunglasses and a black baseball cap. Investigators released an artist's rendering of him in hopes of generating tips from the public.

Anyone with information about the case was asked to call San Diego County Crime Stoppers at (888) 580-8477 or contact the agency online at sdcrimestoppers.org. Tipsters may remain anonymous and could be eligible for a reward of up to $1,000.