SAN DIEGO (NEWS 8) - A Bengal tiger cub rescued from a smuggler, is recovering from surgery performed on Tuesday.

Moka was rescued last summer while being illegally transported across the U.S.- Mexico border.

He was malnourished, dehydrated and underweight. The cub weighed in at just 10 pounds when he was 6 weeks old.

Veterinarians say he seems to be doing well, but is not out of the woods yet. He will be under observation for another week to insure his recovery goes smoothly.

Vets say that due to his poor treatment, the Bengal tiger cub suffered medical issues including low kidney function and an intestinal obstruction.

Surgery to fix the obstruction was deemed necessary after he became acutely ill on Sunday.

Moka has been living at the San Diego Zoo, Safari Park since shortly after he was rescued. 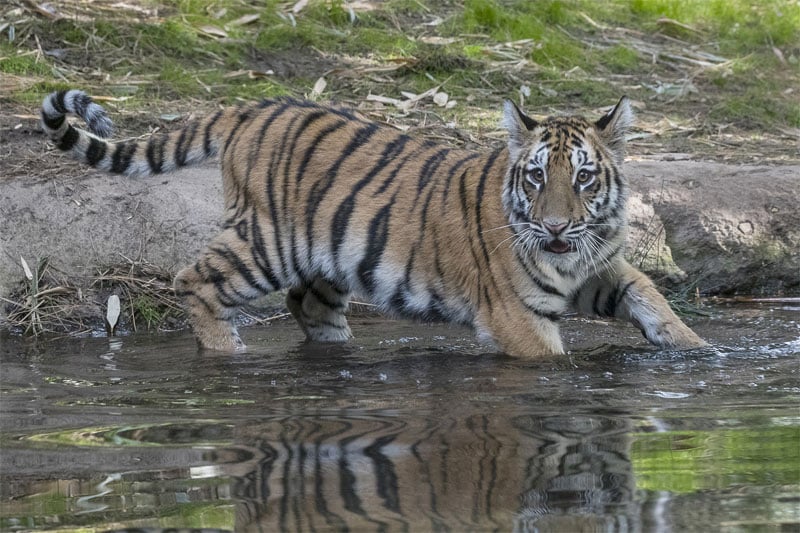 He shares an exhibit with "Rakan", a Sumatran tiger who is only a month older and was brought to San Diego after his mother at another zoo rejected him.

Prosecutors say he was he was actively involved in smuggling a variety of animals.