A local animal sanctuary has a new addition and his name is Moka! CBS News 8's Alicia Summers got a close look at Moka's new home and his new tiger roommate, Nola, on Friday at Lions, Tigers & Bear... 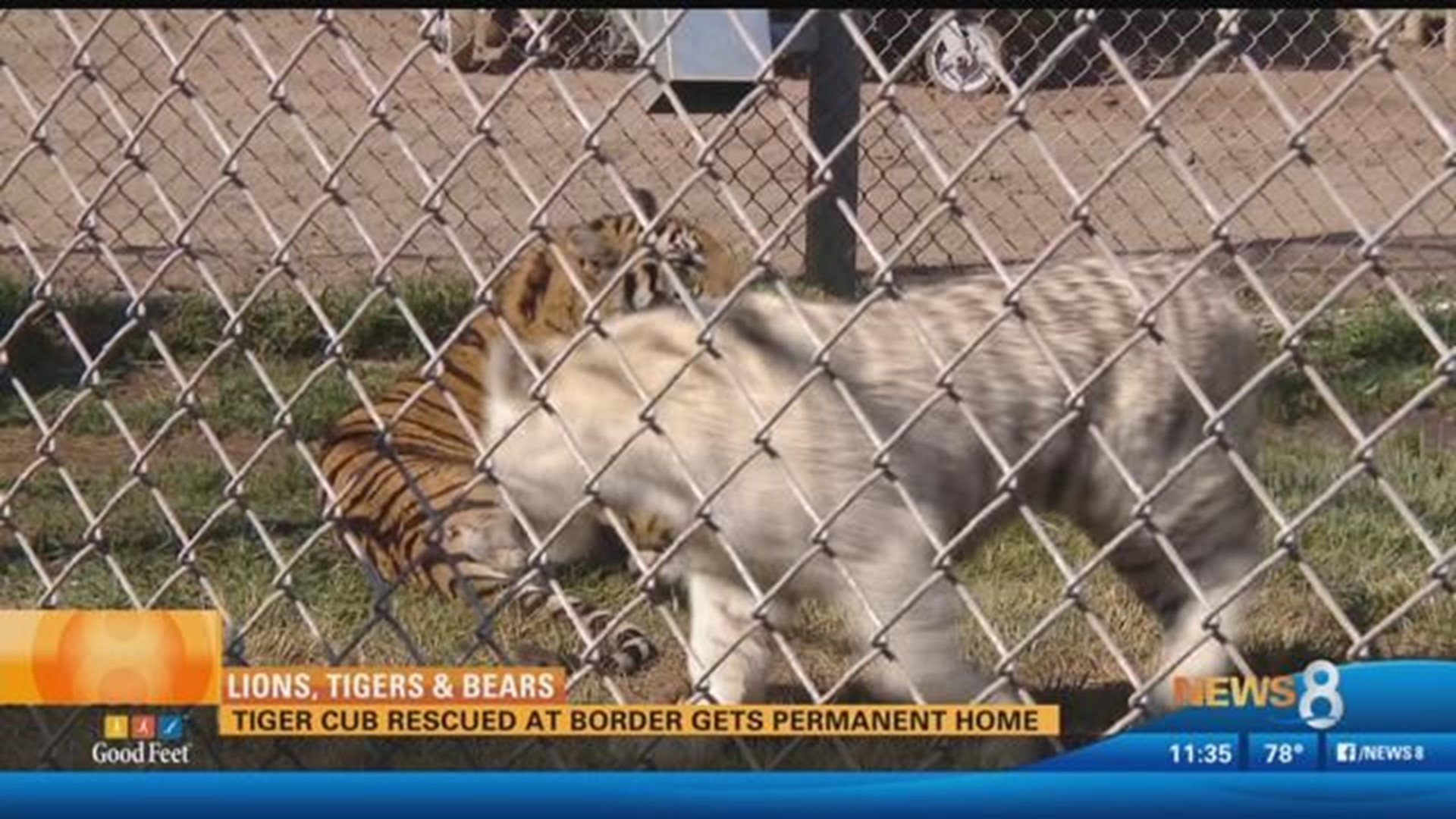 SAN DIEGO (NEWS 8) - A local animal sanctuary has a new addition and his name is Moka!

Moka, is a Bengal tiger mix. Border patrol agents saved him from a smuggling attempt at the border last September. The individuals involved in the attempted smuggling were successfully prosecuted by the U.S. attorney’s office.

The San Diego Zoo Safari Park was caring for Moka before he came to the sanctuary. Bobbi Brink, the founder of Lions Tigers & Bears, and her team rescued both of these lion cubs. Nola is a dominant female and Moka is a shy boy.

Both tigers have been in a transition area for the past few months to make sure they would get along before being released into their play area together for the first time.

"With any luck, Nola will start to play 'hard to get' a little bit and Moka will come out of his shell so that they can be lifetime companions and Lions, Tigers & Bears," Brink said.

Both tigers have been neutered and spayed, which is customary for rescues. Nola, the white tiger cub, was brought in from New Orleans. She arrived at Lions, Tigers & Bears on Christmas Eve in very poor health.

"We can't give them back the wild, but we can at least give them this and let them live out their lives with dignity. Obviously, they were the lucky ones. Hopefully, we can work together and get this exotic animal trade stopped--that's the goal," Brink said.

Brink said none of this would be possible without generous donors that keep the place running.