News 8 first brought you the story on Monday about the growing number of local women having surgery to remove their breast implants. 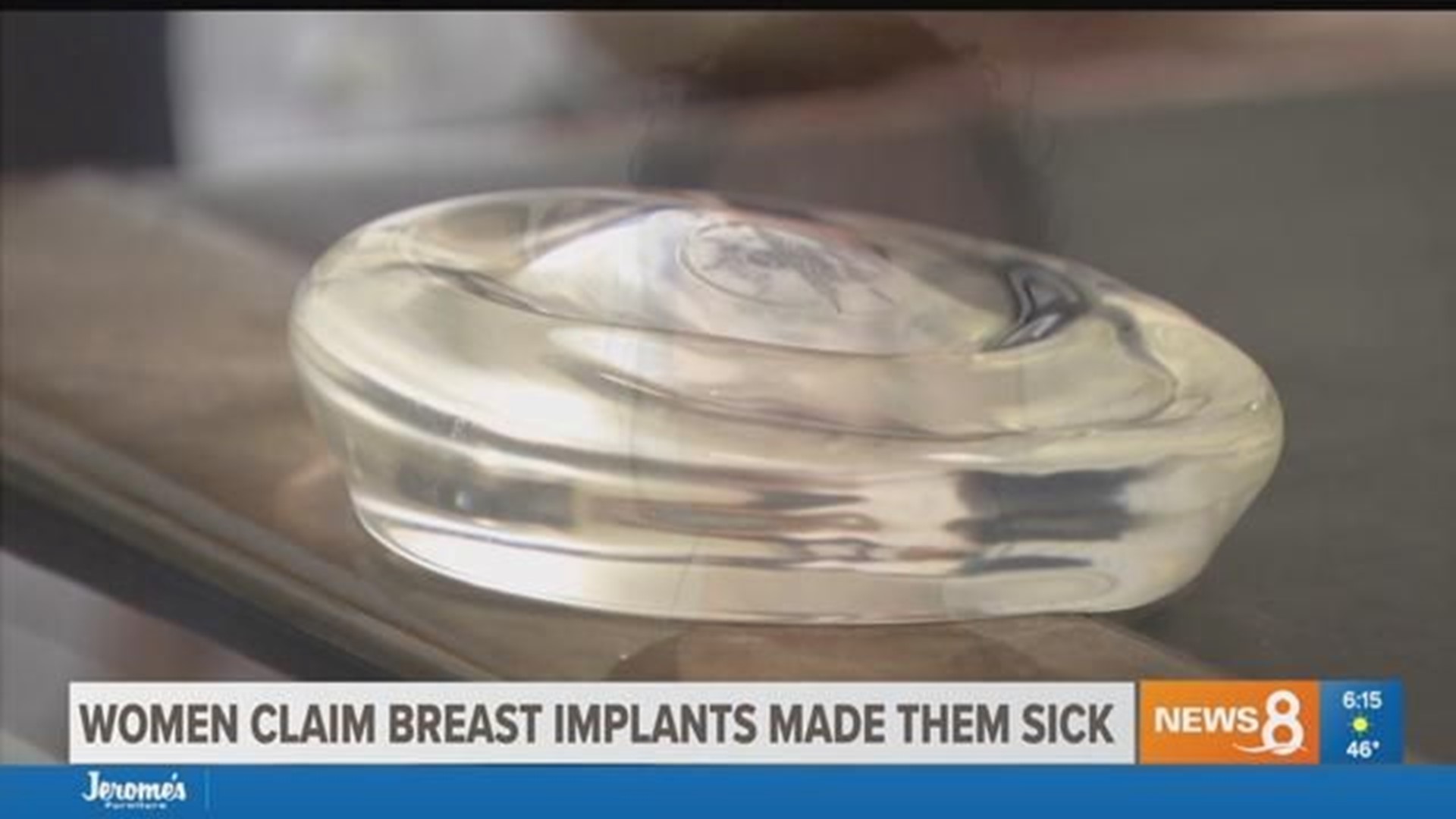 SAN DIEGO (NEWS 8) – Thousands of women are part of a social media movement surrounding a global conversation about what they call "breast implant illness."

Their stories are spreading fast, thanks in part to social media influencers. Some of those online have more than a million social media followers and document their experiences with symptoms and ultimately breast explant surgery.

One of those influencers is Sia Cooper, 29, who is known online as the "Diary of a Fit Mom."

“I feel like I’m going to pass out, I literally cannot stay awake no matter what," Cooper said. “I feel very irritable, anxious, depressed—I feel confused.

With 1.2 million followers on Instagram, Sia has been sharing her experience with what many are now calling breast implant illness.

“I can literally pull the hair from my head, and it’s not normal hair loss.”

From a drain full of hair in her shower, to weight gain, pain, and migraines, Cooper opted for explant surgery. As did YouTube star Karissa Pukas, 26, after she became sick.

“Adrenal fatigue, brain fog and my pee started smelling weird. I was having vertigo, hair loss, and I started having adult acne,” explained Pukas who documented issues in pictures and videos.

And there are others, Jenifer Stano has 500,000 followers on her social channels, and shared personal photos showing the before and after of her explant surgery. The Breast Implant Illness and Healing Facebook page has 60,000 followers all sharing their stories.

“It’s the power of social media and as people become more aware of this situation, everyone’s saying I have that, too,” said Newport Beach based plastic surgeon Doctor Jae Chun.

Dr. Jae Chun performs, on average, seven to eight explants a week and he's booked for the rest of this year.

“Everyone’s telling them there is no answer as to why they’re sick and then when they take out the implants, the vast majority feel better,” added Dr. Chun.

We reached out to the two manufacturers of breast implants in the United States, Mentor and Allergan. Both companies claim that independent studies show "no increased risk of connective tissue disease or autoimmune disorders" for women with implants. We also looked into the companies own clinical core studies on breast implants. Together, one to two percent of the women involved in the studies were diagnosed with CTD, autoimmune or rheumatic disease. Mentor maintains that independent panels have found no link.  Allergan says their study was not designed to determine cause and effect.

Returning to Sia's story, after her explant surgery she said that she posted pictures of weight loss and noted that her face isn't puffy now.

“I feel better than I have in years my husband told me that this is the most talkative I’ve been in years. I am feeling like the fatigue is slowly starting to improve,” explained Cooper.

Karissa says right after the surgery the whites in her eyes were brighter and symptoms are quickly improving.

“In the mornings, I have a very clear head, no more brain fog. I’m getting excited butterflies in my stomach again. I just feel myself,” Karissa said.

Last year the FDA and the American Society of Plastic Surgeons established a National Breast Implant Registry to collect data. In March, the FDA says it will be holding a two-day hearing where this issue is expected to be on the agenda.